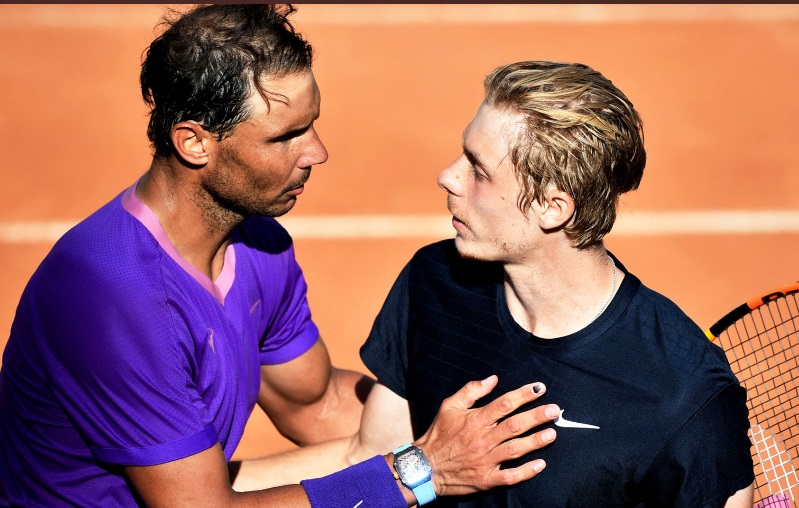 World No.3 and 9-time champion Rafael Nadal saved two match points in the 3rd set to beat Canadian Denis Shapovalov 3-6, 6-4, 7-6(3) in a 3-hour thriller to reach the quarter-finals of the Italian Open in Rome.Nadal was trailing a set and 0-3 down in the second set before powering back. Shapovalov also broke for 3-1 in the third set but Nadal broke back immediately and held on despite two match points against him in the 12th game to force a tie-break.

What a match! Take a bow, gentlemen 👏#IBI21 pic.twitter.com/L6AKAiBbvT

The Spaniard reached his 16th last-eight appearance in Rome and a 97th ATP Masters 1000 quarter-final. The 34-year-old will next play either Germany’s Alexander Zverev, the sixth seed, or Japan’s Kei Nishikori for a place in the semi-finals. Nadal lost to Zverev in the Madrid Masters quarter-finals last week

Earlier in the day, top-ranked Novak Djokovic stormed into the Italian Open quarter-finals for the 15th time in a row with a straight-set win over Alejandro Davidovich Fokina. The defending champion dropped his opening serve but recovered immediately to beat the Spanish qualifier 6-2 6-1.