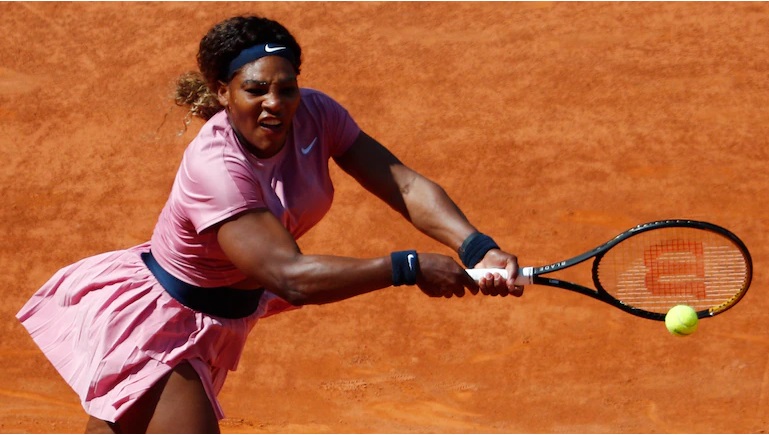 23-time Grand Slam champion Serena Williams did not have a good outing in her milestone 1000th match on the tour as ehe was beaten 7-6(6), 7-5 by Argentina’s Nadia Podoroska in the second round of Italian Open 2021 in Rome on Wednesday.Serena’s defeat comes as a big blow to her preparations for the French Open, starting May 30. It was Serena’s first competitive match in nearly three months and she suffered her 149th defeat in her 1,000 career WTA matches.

Ponderosa, who reached the French Open semi-finals last year, produced a string of heavy topspin forehands to take control of the match with an early break in the second set. Although Podoroska was broken to love on her first attempt to serve out the match, she maintained her composure to break again and secure a place in the round of 16.

Meanwhile, there was more disappointment for the top stars in Rome as World No. 2 Naomi Osaka was ousted in the 2nd round after losing 7-6 (2), 6-2 to Jessic Pegula of the USA. Osaka needs to step up on clay as she had suffered a second-round exit at Madrid Open last month.

Meanwhile, former French Open champion Simona Halep’s participation in this year’s Roland Garros has been thrown into doubt after she retired from her second-round match at the Italian Open due to a calf injury.

Halep was leading 6-1, 3-3 against Angelique Kerber in their second-round match before she received treatment from the physio for discomfort in left calf. She eventually pulled out of the match allowing Kerber to reach the Round of 16.

Former French Open champion Simona Halep retired from her Italian Open second-round match against Angelique Kerber on Wednesday with a calf injury, raising doubts over her participation at Roland Garros.
Unable to move, Halep needed assistance to get off the court, causing doubt over whether she would be fit in time for the French Open.

Halep later wrote on Twitter that an ultrasound scan revealed a tear in her left calf.

“I will get an MRI tomorrow to understand the injury in more detail, but at the moment we are unsure of recovery time. I’m so disappointed to end my tournament in Rome like this but I will do everything I can to take care of the injury and be back as soon as possible,” Halep said.