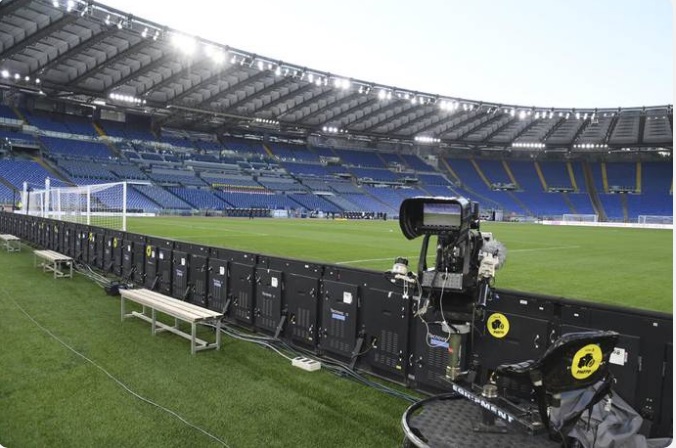 Gabriele Gravina, the president of the Italian Football Federation (FIGC), has written a letter to Prime Minister Mario Draghi asking him to ensure Rome retains its Euro 2020 host city status.

The Italian capital is one of four cities at risk of being replaced, along with Munich, Dublin, and Bilbao.

UEFA president Aleksander Ceferin has said that all host cities must guarantee some fan presence. A formal decision on the venues may not be made until UEFA’s congress on April 20.

The Italian news agency ANSA reported on Monday that Gravina wrote a letter to Draghi over the weekend appealing to the government to take the measures required to confirm Rome’s status as the venue for the opening game and three subsequent fixtures.

Gravina wrote that the FIGC would “rigorously respect” any government conditions, with UEFA wanting the 72,698-seater Olimpico at 25 percent capacity.

The stadium, home to Serie A clubs Lazio and AS Roma, is scheduled to host the opening game of the tournament when Italy faces Turkey on June 11. It will also host Italy’s other two group games against Switzerland and Wales and a one-quarter final.

The government’s Sports Undersecretary Valentina Vezzali said she will “work with everything I have so that there is the green light for these four games to take place in Italy.”

“The European Championship is an important opportunity for our country,” she said.

“They can give out a signal of revival and stress the importance of continuing to host important events like the ones we are organizing. We are working on it,” she added.