Isner confident despite tall task vs. Nadal at Italian Open 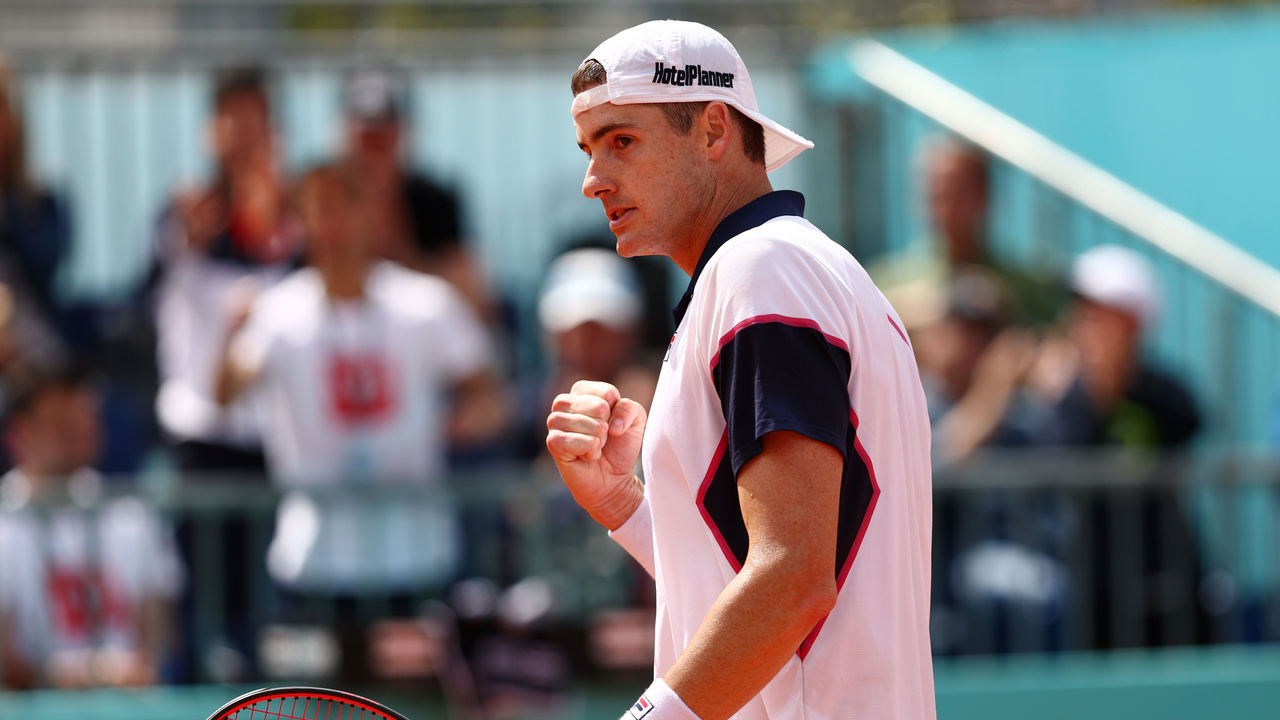 At 37, John Isner is just happy to be back on tour in Europe with his wife and three kids.

No longer dreaming of a Grand Slam title, he’s trying to make the back end of his tennis career not seem “like such a job” and make it “fun.”

Yet there’s serious business coming up Wednesday with a second-round match against 10-time champion Rafael Nadal in the second round at the Italian Open.

And get this: Isner believes he has a chance against the holder of a record 21 Grand Slam titles.

While Isner has only beaten Nadal once in eight previous meetings — and that lone win came indoors — the big-serving American pushed Nadal to five sets at the 2011 French Open.

“This is a very cool opportunity for me,” Isner said an interview with The Associated Press on Tuesday. “At 37, I get another crack at one of the all-time greats.”

“In my estimation and I think Rafa would say it, too, he’s not playing the best he’s ever played,” Isner added. “He’s been hurt and he’s just coming back. So he maybe doesn’t have his full complement of confidence that he’s used to. So maybe I can try to take advantage of that.”

Nadal, meanwhile is preparing to play his second tournament since returning from a rib stress fracture that kept him out for six weeks. Nadal was beaten by Spanish teenager Carlos Alcaraz in the Madrid Open quarterfinals last week.

In other action on the red clay courts of the Foro Italico, five-time champion Novak Djokovic looked solid in a 6-3, 6-2 win over Aslan Karatsev in his opening match.

Djokovic missed several key tournaments earlier this year because he was not vaccinated against the coronavirus — which led to him being deported from Australia ahead of the year’s first Grand Slam.

Still seeking his first title of 2022, Djokovic showed off some vintage scrambling abilities late in the first set when he ran down one shot near the net post then sprinted back across the net to dig out a low backhand volley winner.

“You always hope you can play some exciting and attractive points and come out as a winner of those points and celebrate with the crowd,” Djokovic said. “That’s what the crowd is looking for — they’re looking for energy, excitement, fight and they want to see some good tennis.

“It’s always great to play in the colosseum of tennis,” Djokovic added.

In a women’s matchup of two U.S. Open champions, Bianca Andreescu advanced when Emma Raducanu retired due to a lower back injury with Andreescu ahead 6-2, 2-1.

“I’ve been spending a lot of time on the match court and I haven’t been spending much time on the practice court, which is exactly how I would I would want to have it,” said Isner, who is back in Rome after missing the Italian Open the last two years during the pandemic.

“I like the fact that the match was about an hour and a half today,” Isner said. “So I don’t think it took too much out of me.”

Isner is also playing in an eye-catching doubles partnership in Rome with the diminutive Argentine Diego Schwartzman. They won their opening match on Monday.

“Does make for a good photograph,” Isner said. “And on top of that, I think we’re pretty good.”

Including Isner, there were eight Americans in the singles draw at the start of the tournament — matching host Italy for the most players from any country. Jenson Brooksby, Tommy Paul and Marcos Giron also reached the second round.

“American men’s tennis, I can truly say right now, is definitely on the upswing,” Isner said.

So is Isner, still ranked in the top 30, contemplating retirement?

“No, not right now. But it’s certainly weird seeing a lot of my contemporaries retire or about to retire,” he said, mentioning Jo-Wilfried Tsonga, Kevin Anderson and Juan Martin del Potro — who have all retired recently or plan to soon.

“I’m still ranked relatively high and still seeded at Grand Slams and I’m still hungry,” Isner added. “So I want to try to keep it going.”

Up next for Isner will be his 53rd Grand Slam tournament at the French Open, which starts May 22.

First, though, he’ll take his family for a little break on the Spanish island of Mallorca.

“Going to rent a place on the beach and just enjoy it,” he said. “I am trying to make it very, very fun and I’m doing that with my family here.”