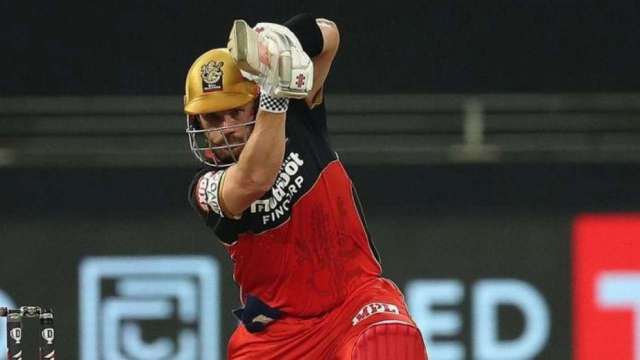 The time has come for us to shift our focus to the Indian Premier League, with the mega auction for the 15th edition set to take place in Bengaluru later this weekend.

This year’s player auction is set to be one of the biggest in the history of the cash-rich league, with the eight original franchises set to undergo a major overhaul and two new teams joining the action from this year. Teams were allowed to retain a maximum of four players (not more than three Indians and not more than two foreign players) in the aftermath of the 2021 edition, while the BCCI had also introduced Ahmedabad and Lucknow as the two new franchises set to join the league from the 2022 edition. While the Lucknow franchise has chosen to christen itself ‘Lucknow Super Giants’, Team Ahmedabad is yet to reveal any such detail.

The retention rules for this year’s auction means several established names who usually got retained by the franchises and whose names rarely came up in the auctions, are set to go under the hammer this year. Some of the released players have since signed up with the two new franchises, such as KL Rahul, Hardik Pandya, Rashid Khan, while others will be part of the auction, including the likes of Kagiso Rabada, Shreyas Iyer, Shikhar Dhawan, etc.

In our build-up to the auction, we list a few big names of the sport who might just end up in the unsold players list this year:

Former India captain Ajinkya Rahane has not been having the best of time in recent months. His form with the bat has been dipping continuously since his memorable ton at the MCG in December 2020, with many calling for the Mumbai batsman to be axed from the Test side in favour of fresh faces.

His fortunes in the IPL haven’t been great either. The 34-year-old, who has led Rajasthan Royals and Delhi Capitals in the past, might have a hard time getting any of the ten franchises to bid for his services, especially since he carries a base price of Rs 1 crore. Team owners, after all, wouldn’t be too sure of shelling out a crore on a player who hardly made it into Delhi’s XI last season, and averaged just 14 in nine games that he played in 2020.

Another senior India cricketer in this list who might have a hard time attracting bids in the upcoming mega auction in Bengaluru, especially if you look at Suresh Raina’s record in the previous season and his price tag of Rs 2 crore. Raina, who announced his international retirement on the same day as his long-time leader MS Dhoni, isn’t quite the force that he once used to be for Chennai Super Kings and Gujarat Lions. After opting out of IPL 2020 shortly after arriving in the UAE, allegedly due to differences with the team management, Raina returned to the CSK lineup in 2021, but was a shadow of the run-machine that he once was, collecting just 160 runs at an average of 17.77. His part-time off-spin, which used to come in real handy for Chennai in the past, wasn’t utilised either, and Raina was eventually phased out of the XI towards the business end of the season, in which CSK emerged triumphant to win their fourth title.

There is little doubt that Raina will go down as one of the greatest cricketers in the history of the IPL. Sadly, legacy alone might not be enough for ‘Chinna Thala’ to get the team owners interested in the mega auction this time around.

Though still seen as a reliable option with the red-ball in hand, even if he’s facing intense competition from the likes of Mohammed Siraj these days, Ishant Sharma’s fortunes in the white-ball formats have been waning in the recent past. The fact that his fitness has also been a bit of an issue makes his chances of getting picked by one of the franchises in the upcoming auction even slimmer.

Ishant, who hasn’t donned the Indian blue jersey for six years now, was hardly in action during the 2020 and the 2021 seasons. He had been ruled out with an abdominal muscle tear after making just one appearance in the 2020 season. Though he had a heel niggle the following season, he was available for the most part in the India and UAE legs of the 2021 season, only to end up playing just three games (one wicket, average: 97). Delhi, after all, possessed a world-class new-ball pairing in South Africans Kagiso Rabada and Anrich Nortje, while Avesh Khan too enjoyed a breakthrough season collecting 24 wickets at an average of 18.75.

Releasing him, thus, wasn’t exactly the toughest of decisions on the Capitals’ part, and with his recent white-ball form and fitness issues in mind, Ishant’s name might just end up drawing a blank response at the auction when it is announced by auctioneer Hugh Edmeades.

The leading run-getter in the history of the Big Bash League with over 3,000 runs to his credit, Lynn has also been quite the entertainer in the Indian Premier League (IPL) over the years as an explosive top-order bat for the Kolkata Knight Riders. Chris Lynn has played a total of just one game for the Mumbai Indians across two seasons in 2020 and 2021. IPL Media

Lynn however, has hardly been utilised since joining the Mumbai Indians in 2020, making just one appearance across the two seasons, falling one short of a fifty against RCB last April in his only appearance for the five-time champions. The Queenslander, who hasn’t played international cricket for more than three years now, wasn’t exactly at his best in this year’s BBL either, scoring just 215 runs in 12 games at an average a shade above 17.

The dip in form, along with his price tag of Rs 1.5 crore, make it extremely difficult for franchises to show interest in him.

The senior England all-rounder is among the overseas players slotted in the Rs 2 crore bracket. Whether he has the kind of returns that would make team owners open their purses and shell that amount out for him is questionable to say the least.

Jordan bowled superbly in the T20 World Cup meeting with the ‘Old Enemy’ Australia, his figures of 3/17 earning him the Player of the Match award. The Barbados-born all-rounder, though, was smashed out of the park in their final group game against South Africa as well as in the semi-final against New Zealand.

Jordan had an even more disappointing outing in the recent tour of the West Indies, in which he scored 62 runs in four outings at an average of 20. With the ball, he collected just one wicket across the four games while conceding 136 runs an an economy of over 10.

The 33-year-old, who made just four appearances for Punjab Kings last season and has represented sides such as SRH and RCB in the past, might just end up sitting out of this year’s edition.