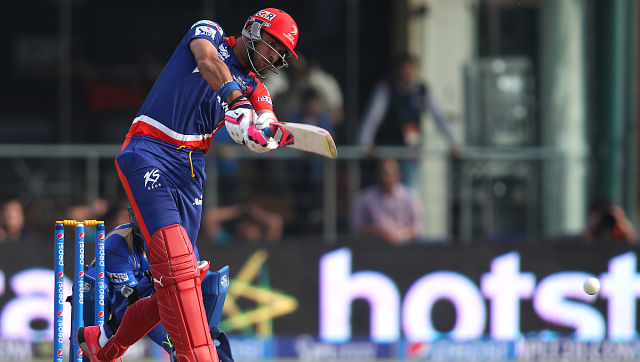 The IPL 2022 mega auctions are just a few days away! All the eight franchises were only allowed to retain four players, while the two news sides from Lucknow and Ahmedabad were asked to pick three players from the remaining pool ahead of the auctions.

All 10 franchises will be building their complete squads in the auction which takes place on 12 and 13 February in Bengaluru.

The Indian players form the backbone of IPL teams and the difference in the quality of Indian talent has often been the deciding factor during the previous 14 editions of the cash-rich league. Once again, teams will be involved in an intense battle to pick quality uncapped Indian domestic players to form a formidable unit.

We take a look at 10 lesser-known uncapped players from the recent Syed Mushtaq Ali and Vijay Hazare tournaments who were top performers and could be in high demand during the auctions:

Tanmay Agarwal was the highest run-getter during the 2021-22 Syed Mushtaq Ali Trophy (SMAT) — India’s premier domestic T20 competition — scoring 334 runs at a strike rate of 148.44 from seven matches for Hyderabad.

He has been part of Sunrisers Hyderabad in the past but is yet to play in an IPL match. IPL followers would be well versed with Manan Vohra’s name who has been part of Kings XI Punjab, Rajasthan Royals and Royal Challengers Bangalore over the years.

Prashant Chopra was one of the stars in Himachal Pradesh’s Vijay Hazare win the last season. The uncapped opener smashed 456 runs in eight matches at an average of 57 and a strike rate of 73.31. He has played two IPL matches for RR.

The Madhya Pradesh all-rounder was among the only four players in Vijay Hazare to score over 400 runs. He made 418 in six matches at 69.66 with a strike rate of 96.31. He also took three wickets in the tournament.

Uttar Pradesh batter Rinku Singh was one of the top performers in Vijay Hazare last season with 379 runs in seven matches at 94.75 with a strike rate of 89.17. He made a century against Jharkhand. Rinku has earlier been part of PBKS and Kolkata Knight Riders in IPL. Shivam Mavi is well known name and also performed well in domestic competitions last season. The former KKR bowler picked up 15 wickets in Vijay Hazare from seven matches at an economy rate of 4.38.

The left-arm medium pacer from Hyderabad picked up 18 wickets in seven matches of SMAT 2021-22 to finish as the highest wicket-taker on the charts. H boated an economy rate of 8.41. The left-arm variation could work in his favour in the auctions. He has earlier been part of IPL sides SRH and Delhi Daredevils.

Another left-arm pacer who did well in SMAT was Andhra Pradesh’s Cheepurapalli Veeraghavulu Stephen. The 28-year-od took 14 wickets in five matches at an impressive economy rate of 6.05. He has never been part of IPL.

The 23-year-old right-arm pacer made headlines in Vijay Hazare last season with 18 wickets from seven matches. He was the highest wicket-taker last season. The Vidarbha bowler took the wickets at an economy rate of 5.72. He has never played in the T20 league.

The Tamil Nadu pacer could have IPL sides interested in the auctions after taking 15 wickets in seven Vijay Hazare matches last season. He made his domestic debut last season had a good time taking wickets at an economy rate of 4.77. Silambarasan is looking to make his IPL debut.

On this day in 2010: Yusuf Pathan smashed double hundred in West Zone’s record chase in Duleep Trophy
On this day in 1999: Anil Kumble emulates Jim Laker to take all 10 wickets in an innings against Pakistan