IPL 2022 playoffs: Super Over to decide winner if no match possible in playing conditions 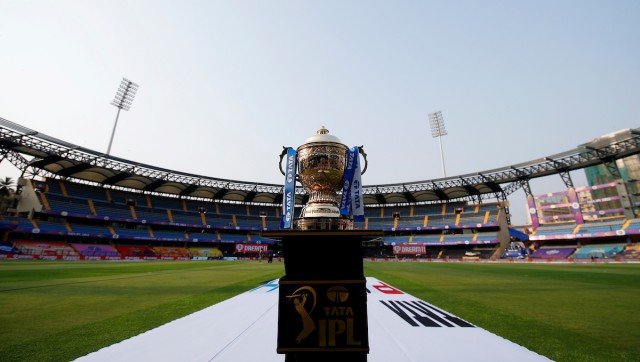 If IPL 2022 playoff matches or the final are impacted by weather and no play is possible then a Super Over will be used to determine the result of a game, the IPL playing conditions note for the final four matches of the season said. In case the ground conditions remain unplayable and even a Super Over is not possible then the league standing will used to determine the winner of a game.

The IPL playoffs start on 24 May with table-toppers Gujarat Titans facing off against Rajasthan Royals in Qualifier 1. Lucknow Super Giants will play Royal Challengers Bangalore in the Eliminator on 25 May. Both matches will take place in Kolkata. Qualifier 2 will be played on 27 May in Ahmedabad and the final is scheduled at the same venue for 29 May. The time-outs will also be retained in all the matches but the mid-innings break will be halved to 10 minutes. A reserve day is also available for the final on 30 May in Ahmedabad with the game starting at 8 pm. An additional 120 minutes of extra time is available on the reserve day. There is no reserve day for the three playoff matches.

The number of overs in the playoff match may, if necessary, be reduced so that each side has the opportunity to bat for 5 overs. The latest that a five overs per side match can start is 11.56 pm with a 10-minute interval with a scheduled finish of 12.50 pm. The cut-off time for the final will be 12.26 am for 5 overs per side game. There will be no time-outs.

“For the Eliminator and each Qualifier playoff matches (where there is no reserve day), in the event that it is not possible to schedule a 5 overs match to complete by the end of the extra time on the original day, the teams will, if conditions permit, play a Super Over to determine the winner of the relevant Eliminator or Qualifier match. This means that the pitch and ground must be ready for play so that the Super Over can start at the latest by 12.50am,” the playing conditions statement read.

“For the Final, in the event that it is not possible to schedule a 5 overs match to be completed by the end of the extra time on the reserve day, the teams will, if conditions permit, play a Super Over to determine the winner of the final. This means that the pitch and ground must be ready for play so that the Super Over can start at the latest by 1.20 am,” it further added.

In both cases, if it is not possible to start or complete the Super Over then the team that finished highest in the league table after the 70 matches of the regular season shall be declared the winner of the relevant playoff match or final.

Additionally, in the case of the three playoff matches, if the game begins and the first innings is completed. But after 5.1 overs of the second innings rain prevents any further play then the result will be decided under the Duckworth/Lewis/Stern method.

For the final, as a reserve day is available, if the match starts but could not complete on the original day then it will resume on the reserve day from the point where it was stopped.

“For the avoidance of doubt, any match recalculations done without the match
actually restarting on the previous night will be ignored,” IPL said.

In case the toss takes place on the day of the final but no play is possible then a new 20 overs per side match will be played at 8 pm on the reserve day. There will be another toss and a new team can be selected.

As mentioned earlier, an extra time of 120 minutes is available on the reserve day apart from the normal time.