IPL 2022: From Harshal Patel to Kagiso Rabada, top bowlers who can make an impact in the 15th edition 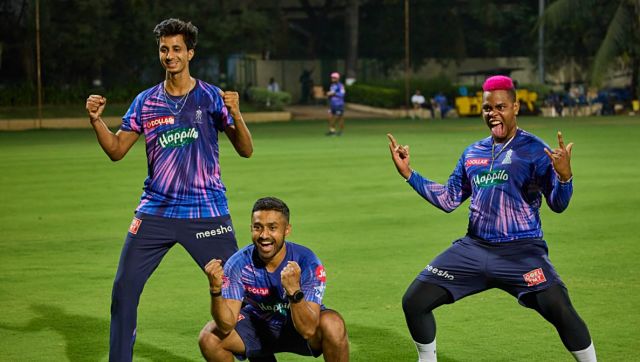 Exciting, action-packed days are ahead with the Indian Premier League (IPL) around the corner. The tournament is set to commence on 26 March with Chennai Super Kings (CSK) taking on Kolkata Knight Riders (KKR). This time, it will be even bigger with two new teams in Gujarat Titans and Lucknow Super Giants entering the fray.

A total of 74 matches will be played over two months, and with a ‘Group format’ that was once followed before in the tournament back in 2011.

T20 cricket may be a batter’s game, but over the years, the bowlers have had their say as well. They have improved drastically and adapted to the changes really well.

Last year, Harshal Patel equalled Dwayne Bravo’s tally of 32 wickets in a single season, earning him the Purple Cap. The competition for the Purple Cap will be even more intense with two more teams entering the tournament, and it will not just be about winning that award but striking at the right time when it matters the most.

Ahead of the tournament, here are five bowlers to watch out for:

The 2021 season was a breakthrough one for Royal Challengers Bangalore’s Harshal Patel. He was traded off from Delhi Capitals to the RCB and impressed one and all with his yorkers and variations. He initially made his IPL debut back in 2012 with RCB, but it wasn’t until last year when he made a notable impact with the ball. Patel was influential in the death overs last season, picking up 19 wickets in the period between overs 17 and 20, eight more than any other bowler during this time.

The 31-year-old also joined the illustrious list of players to record a hat-trick and a five-wicket haul in the same season.

His stupendous performance with the ball for RCB saw him earn his maiden India cap when he was called up for the T20I series against New Zealand. He received the Man of the Match award on T20I debut for figures of 2/25.

Harshal was however released by RCB despite a stellar season, but the Bengaluru franchise bought him back for Rs 10.75 crore at the IPL 2022 mega auction in February.

Harshal will look to carry forward the momentum and look to further establish his credentials for the national side amid intense competition. He is surely one to watch out for again this season.

Over the years, South Africa’s Kagiso Rabada has established himself as a major threat not just on paper, but on the field as well. Rabada was a Purple Cap winner with the Delhi Capitals, having scalped 30 wickets in 2020, a season where DC made it to an IPL final for the first time.

Rabada was, however, one of the many big names released by DC ahead of the IPL 2022 mega auction.

After a bidding war between DC and Gujarat Titans (GT) at the auction, Punjab Kings (PBKS) snapped up the speedster for Rs 9.25 crore.

At Punjab Kings, the 26-year-old remains the most-experienced bowler and will be expected to lead the bowling attack.

PBKS boast of domestic bowling talent, with the likes of Arshdeep Singh and Ishan Porel in the squad, but it will be Rabada’s international experience that will come in handy at crucial junctures of a match.

Rabada regularly bowls within the 140-150 kphs range, and his extra pace and bounce is what makes him a player to watch out for.

According to an ESPNCricinfo report on 15 March, South Africa’s red-ball players have chosen IPL over Bangladesh Tests, which means the likes of Rabada will be available for a major chunk of the IPL, albeit missing the first game with the third South Africa-Bangladesh ODI slated for 23 March.

Nevertheless, Rabada’s presence is really crucial not just with regards to the onfield performance but it also gives the Indian youngsters in the squad an opportunity to learn from the experienced pacer.

Legbreak googly bowler Ravi Bishnoi had a stellar season with the Punjab Kings in IPL 2021, that saw him take 12 wickets from nine matches at an economy rate of 6.34.

Bishnoi was however released by the franchise but found a new team in Lucknow Super Giants (LSG), who acquired him for Rs 4 crore ahead of the IPL 2022 mega auction via the draft. Bishnoi shot to the limelight with a stupendous show at the ICC U-19 World Cup 2020, where he scalped 17 wickets, ending as the tournament’s top wicket-taker. His transition to the IPL happened later that year when he was snapped up by PBKS for Rs 2 crore. He took 12 wickets from 14 matches (economy of 7.37) in his first season at the IPL but what improved was his bowling economy, which he managed to keep under 7 in 2021.

Bishnoi then scalped eight wickets in the Syed Mushtaq Ali Trophy with an economy rate of 6.50, and in February 2022, he was called up to the Indian team for the first time, for the T20I series against West Indies.

Bishnoi impressed on debut, finishing with figures of 2/17 at an economy of 4.25 in a match-winning effort to win the Man of the Match award.

With 2022 being another T20 World Cup year, Bishnoi will look to use IPL as an opportunity to impress and further stake his claim for the multi-national tournament. Watch out for those bamboozling googlies.

Afghanistan mystery spinner Rashid Khan has impressed wherever he has played at, be it the IPL or Australia’s Big Bash League (BBL), or even for his national side.

Rashid Khan was snapped up by Gujarat Titans  as a draft pick for a whopping Rs 15 crore as a part of their core, and there will a lot of expectations riding on the shoulders of the star spinner.

The 23-year-old has been playing IPL regularly since 2017, and has been picking wickets on a consistent basis. Rashid scalped 18 wickets from 14 games at IPL 2021, his third-best tally in an IPL season after 21 in 2018 and 20 in 2020.  He even finished as the fourth highest wicket-taker in the BBL while representing Adelaide Strikers, scalping 20 wickets, only behind Peter Siddle, Andrew Tye and Hayden Kerr.

Spinners will be expected to play a pivotal part once when the tournament progresses and the tracks slow down, and that is when Rashid Khan could be at his lethal best.

Rashid Khan has a chunk of variations in his armoury, combine that with good pace and it becomes a deadly combo. He will surely be the impact player to watch out for.

At the IPL 2022 auction held in February, Avesh Khan was acquired by Lucknow Super Giants for a whopping Rs 10 crores. A lot will be expected from him going into the upcoming IPL season.

Avesh Khan has been plying trade in the IPL since 2017, but got limited opportunities in the first few seasons. It was only in 2021 when he enjoyed a breakthrough campaign with the Delhi Capitals, scalping 24 wickets from just 16 games.

Avesh then picked up nine wickets from five games at an economy of six at the Syed Mushtaq Ali Trophy tournament late in 2021. In February, he received his maiden India cap when he played in the third T20I against West Indies.

He endured tough time on debut with figures of 0/42 on T20I but bounced back hard in his next T20I match, against Sri Lanka, a week later when he registered match-winning figures of 2/23.

Avesh Khan will be expected to lead the Lucknow bowling attack. Avesh can generate decent pace, bounce but what stands out is his accuracy. LSG have Avesh as a good bowling option both at the start and the end of an innings, and being able to bowl yorkers in the death-overs makes him even more lethal.