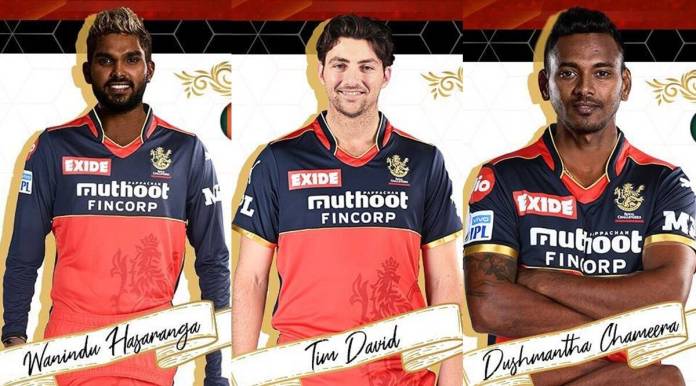 Sri Lankan duo of Royal Challengers Bengaluru: Wanindu Hasaranga and Dushmantha Chameera have finally got the clearance from Sri Lanka Cricket Board to feature in this year’s IPL, weeks before it’s commencement in UAE. Earlier CricketNext has reported that the duo is still awaiting the NOC (No Objection Certificate) as both the players were snapped up by the Bengaluru-based franchise which is yet to win the trophy since its inception.

“Sri Lanka Cricket wishes to announce that permission has been granted to National Players Dushmantha Chameera and Wanindu Hasaranga to take part in the Indian Premier League (IPL) 2021.The permission for the players was granted by the SLC in consultation with the Technical Advisory Committee,” the release issued by SLC said.

“The ‘No Objection Certificate’ to the duo was issued for them to join the IPL teams starting from 15th September (following the completion of the South Africa Tour of Sri Lanka). The two players will join the Sri Lanka squad on 10th October 2021 to play in the two warm-up games prior to the ICC Men’s T20 World Cup Qualifiers,” it added.

Earlier a report in Cricbuzz had quoted Board secretary Mohan de Silva as saying this when asked about SLC’s clearance to these two cricketers.

“I don’t know, I have to check. We are under lockdown till the end of the month.” He further said that the board will take a decision on the players only when the application for no-objection certificates is made before them. “We have not taken any decision yet as they will have to apply for the NOCs. We are not aware of these players being selected, neither have they sought permission from us.”

Both the cricketers were at their very best in the home series against India and gave a glimpse of what they can achieve if provided an opportunity. While Hasaranga will replace Australia’s Adam Zampa, Chameera will play in place of Daniel Sams, Zampa’s fellow Aussie.