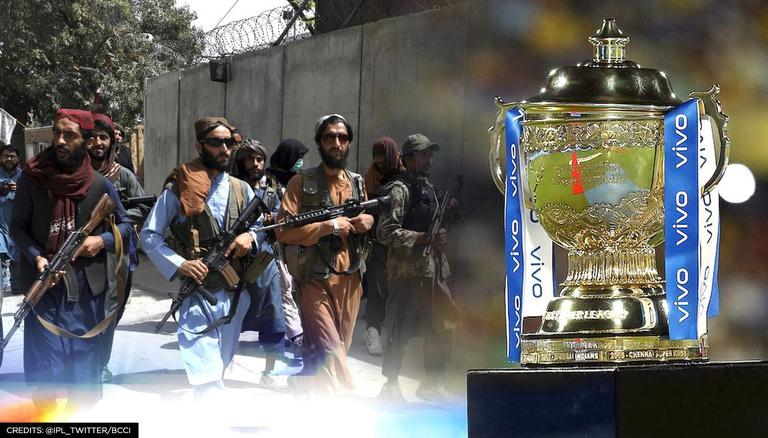 The latest matches of the Indian Premier League (IPL) will not be broadcast in Afghanistan. The Taliban government has warned Afghan media outlets against broadcasting the ongoing UAE leg of the IPL 2021 due to the presence of female spectators in stadiums.

Former Afghanistan Cricket Board (ACB) media manager and journalist M Ibrahim Momand has stated that the live broadcast of IPL matches was banned due to possible ‘anti-Islamic’ content, including the presence of female cheerleaders.

The IPL began its UAE leg on 19 September and has kept spectators glued to their screens around the world. Afghan players such as Rashid Khan and Mohammad Nabi are also taking part in the high-stakes tournament.

Ever since the Taliban’s takeover of the country last month, the international sporting community has been concerned about the fundamentalist group’s position on women participating in sports.

While the group has shown no objection to men’s cricket, even pulling together a match in Kabul shortly after the withdrawal of foreign forces, women have been banned from playing sports, according to media reports.

Earlier, Bashir Ahmad Rustamzai, Afghanistan’s new director-general for sports, said that it was up to the top-level Taliban leadership to decide whether women would be allowed to play sports.

The deputy head of the Taliban’s cultural commission, Ahmadullah Wasiq, had stated that it was forbidden in “Islam and the Islamic Emirate” for women to play cricket or other sports where they get exposed, indicating that women’s cricket would be banned in the country, as per Time Magazine.

Australia Cricket Board has threatened to cancel the maiden test between Afghanistan and Australia, scheduled for November, if allegations about the Taliban’s position against women’s cricket were proven true.

The ACB last week said that it was “powerless to change the culture and religious environment of Afghanistan” and urged Australia not to punish its men’s cricket team.

ACB chairman Azizullah Fazli was still hopeful that women will be able to play cricket, adding that all 25 of the women’s team had chosen to remain in the country. However, a BBC report earlier this month stated that the team members were in hiding.