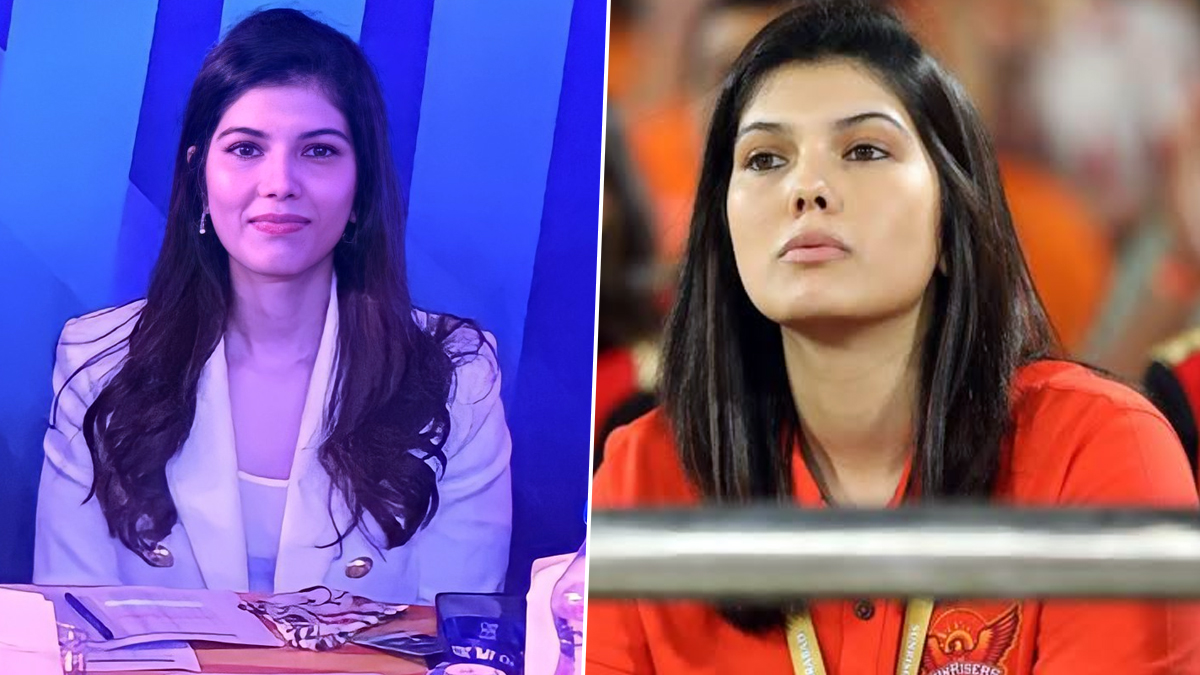 Sunrisers Hyderabad CEO Kaviya Maran was once again the talk of the town on social media despite her team’s loss to Delhi Capitals in Dubai in Match 33 of IPL 2021 on Wednesday. Maran has been one of the familiar faces in the SRH dugout for a while now and while eagled-eyed twitter users’ first impression was that she is a fangirl, but her constant presence in the VIP boxes even during IPL 2020, when no spectators were allowed, made things clear that Maran is not merely an IPL fan girl or any random mystery girl, but is the in fact one of the part owners of the team.

Kaviya is the daughter of Kalanithi Maran, who is the owner of the media network Sun Group. Her constant presence during SRH matches as fodder for users on social media and IPL 2021 has not been any different either. Sunrisers Hyderabad took on Delhi Capitals for their first match of the UAE leg, and even though SRH’s horrible run in the tournament continued, Twitterati where able to capture Maran in a good mood, and they went to town with it

Earlier, Bowlers came to the party and Shreyas Iyer, Shikhar Dhawan and captain Rishabh Pant contributed with the bat as Delhi Capitals (DC) sealed a comprehensive eight-wicket win over Sunrisers Hyderabad. Needing 135 runs to win, DC were quick off the blocks, courtesy Shikhar Dhawan and Prithvi Shaw. But SRH had their first success with the ball in the third over as captain Kane Williamson took a stunning running-catch off Khaleel Ahmed to dismiss Shaw.

Shreyas Iyer replaced Shaw in the middle as he and Dhawan took DC to 39/1 after the end of the powerplay. The two scored at a good pace and completed an important fifty-run stand in the 11th over. However, their partnership was broken in the same over as Rashid Khan dismissed Dhawan for 42 after Abdul Samad took a good catch in the deep. Pant and Iyer then joined forces and made sure DC continued their charge. The pair put on an unbroken 67-run stand and took DC home, with 2.1 overs to spare. While Iyer scored 47*, Pant hit a quickfire 35* off 21 balls.

Earlier, after electing to bat, SRH lost David Warner in the first over off Anrich Nortje. While Wriddhiman Saha and Williamson added 29 runs together, DC managed to strike for the second time as Kagiso Rabada dismissed the SRH wicketkeeper for 18 in the fifth over. Manish Pandey joined Williamson in the middle after Saha’s fall. The pair kept the scorecard ticking and took SRH past fifty before Williamson got two reprieves – one each from Rishabh Pant and Prithvi Shaw.

But that did not cost DC much as the SRH skipper got out soon after as Shimron Hetmyer held on to a catch in the deep off Axar Patel. Rabada then picked his second wicket of the match as he had Pandey’s wicket in the 11th over. Kedar Jadhav was the next man to get out as Nortje trapped him before the wickets to pick his second scalp of the night. DC continued to chip away as Axar then had the better off Jason Holder. Rashid and Samad then added a vital 25 runs together to take SRH past 110 before Rabada dismissed Samad after the right-hander scored a vital 28. Rashid, meanwhile, continued to put up a fight and scored 22 before being run-out for 22 in the final over.