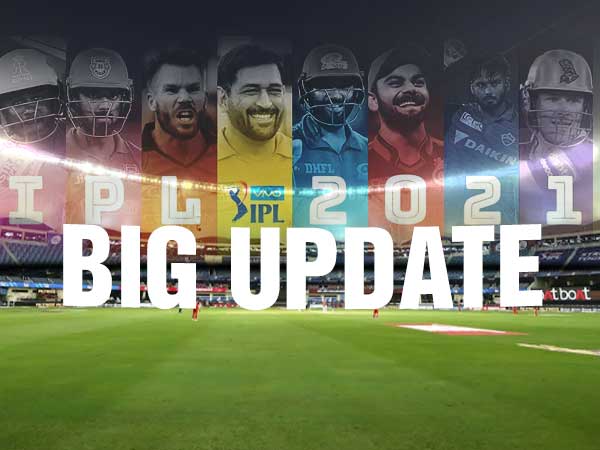 IPL 2021 Phase 2 – IPL Squad Submission Deadline: After the pullout of some foreign cricketers, BCCI has to extend the IPL SQUAD SUBMISSION deadline. Australian pace duo of Jhye Richardson, Riley Meredith pulled out of IPL today leaving the Punjab Kings team in the lurch. Not only this but few other franchises are yet to get confirmation from their foreign recruits. This led to a few of the franchises requesting BCCI to extend the deadline for submission of final squads. Earlier the deadline for ending on Friday @ 5 PM.

@4:00 PM – RCB’s FINAL SQUAD: RCB’s Indian stars will be assembling in Bengaluru on August 21 and will enter a 7-day quarantine following COVID tests. From Bengaluru, the team will leave for UAE on August 29 in a charter flight. The foreign stars will start assembling in the UAE by August 29 and will enter a further 6-day quarantine. Skipper Virat Kohli will join the team after completing the England series.

IPL 2021 Phase 2 – IPL Squad Submission Deadline: Australia’s Nathan Eliss has received an IPL contract. He is just been named in the Australian squad for the T20 World Cup and according to information available, he has landed an IPL deal last night.

As the deadline finishes today some franchises are in a fix. With England & Wales Cricket Board (ECB) and Cricket Australia (CA) leaving it to the players to decide on IPL return, some franchises even till Thursday evening were waiting for players’ nod on participation.

IPL 2021 Phase 2 – IPL Squad Submission Deadline: Chennai Super Kings is the only franchise which has a full squad in hand with Australian pacer Josh Hazlewood also set to return for IPL after missing out on the 1st phase. However, the same isn’t the case for Rajasthan Royals. Jos Buttler is yet to confirm his availability while some England cricketers are still mulling over their return due to an extended tour. IPL 2021 will be followed by T20 World Cup and then Ashes and will culminate with another long tour of the West Indies in February. That will mean some multi-format players will be out of their homes for five months.

Meanwhile, most of the franchises have confirmed their departure for UAE to set up camp ahead of the September 19 restart.