IPL 2021: Rohit Sharma expects Hardik Pandya to bowl ‘in next week or so’, backs all-rounder to regain form 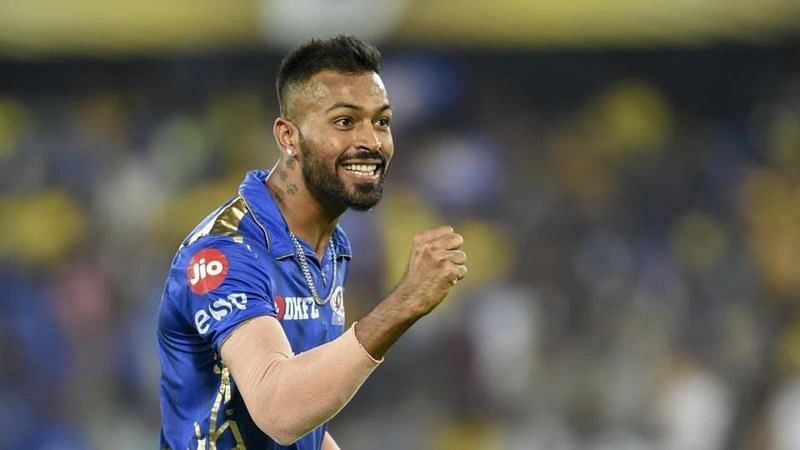 Abu Dhabi: India’s senior chairman of selectors Chetan Sharma had said that Hardik Pandya would be bowling in Indian Premier League (IPL) but Indian vice-captain and MI skipper Rohit Sharma is expecting the all-rounder to start bowling from “next week” even though he won’t like to put a timeline on the subject.

Pandya played five games in the UAE leg of IPL without a lot of success save one game against Punjab Kings which he won with his batting and didn’t bowl a single over as anticipated when selection committee chairman had announced publicly about the status of Baroda’s man’s bowling fitness.

“In terms of his (Hardik) bowling, the physios, trainers are working on his bowling. He hasn’t bowled a single ball yet. We wanted to take one match at a time and see where he stands,” Rohit said after Mumbai Indians’ last IPL game.

“He is getting better day-by-day. In the next week or so, he might be able to bowl, who knows? Only the doctors and physios will be able to give an update on that,” the MI skipper added. Captain Rohit Sharma and all-rounder Hardik Pandya at a Mumbai Indians training session during the second leg of IPL 2021 in the UAE. Sportzpics

“As far as his batting is concerned, yes, he will be a little disappointed but he is a quality player. He has come back from tough situations before as well,” Rohit was frank in his assessment.

“He is getting better and a player like him is probably just one game away from getting his natural way and we have seen it in the past. If I have to put everything together, I am confident of his ability and there is no doubt he will be a valuable asset,” the Indian vice-captain had words of praise for his key player.

Rohit isn’t overly worried about the form of the India players in the Mumbai Indians squad as T20 World Cup will be a “different ball game” where one can get back into rhythm even during the practice games.

“I personally don’t like to count too much into what has happened in the IPL and what is going to happen in T20 World Cup,” the India vice-captain said during a post-match virtual press conference after MI’s last IPL game in Abu Dhabi.

“Yes all the six guys, who we have here, would have liked to have a good run, but it didn’t happen,” Rohit admitted although Kishan after being promoted to open scored two attacking half-centuries and Suryakumar was also back among runs in the final game.

“You saw a couple of fine performances today from Surya and Ishan, but again, when you talk about the World Cup, there will be couple of practice games I believe guys can get back into their rhythm and see what we can do there.”

Apart from Bumrah, who claimed 15 wickets in the UAE leg, rest of the players either struggled or have been inconsistent.

Rohit said the break in the tournament due to COVID-19 effected their momentum and they lacked consistentcy in the UAE leg.

“We had won the trophy here (in the UAE) last year, so the conditions were not alien for us,” he said.

“The thing was the momentum we had created with two back-to-back wins in Delhi, we wanted to continue that but unfortunately because of what was happening in the country (COVID-19 outbreak), there was a break.”

“When we came here, some of our first XI players had a few injuries and missed a couple of games initially. Despite that, we should have done better, but we just didn’t play as a team to start with, and then collectively as a group, we didn’t come together. That was the main reason for not qualifying this year,” he concluded.