IPL 2021: Ravichandran Ashwin, Eoin Morgan and the vagueness of ‘Spirit of Cricket’ 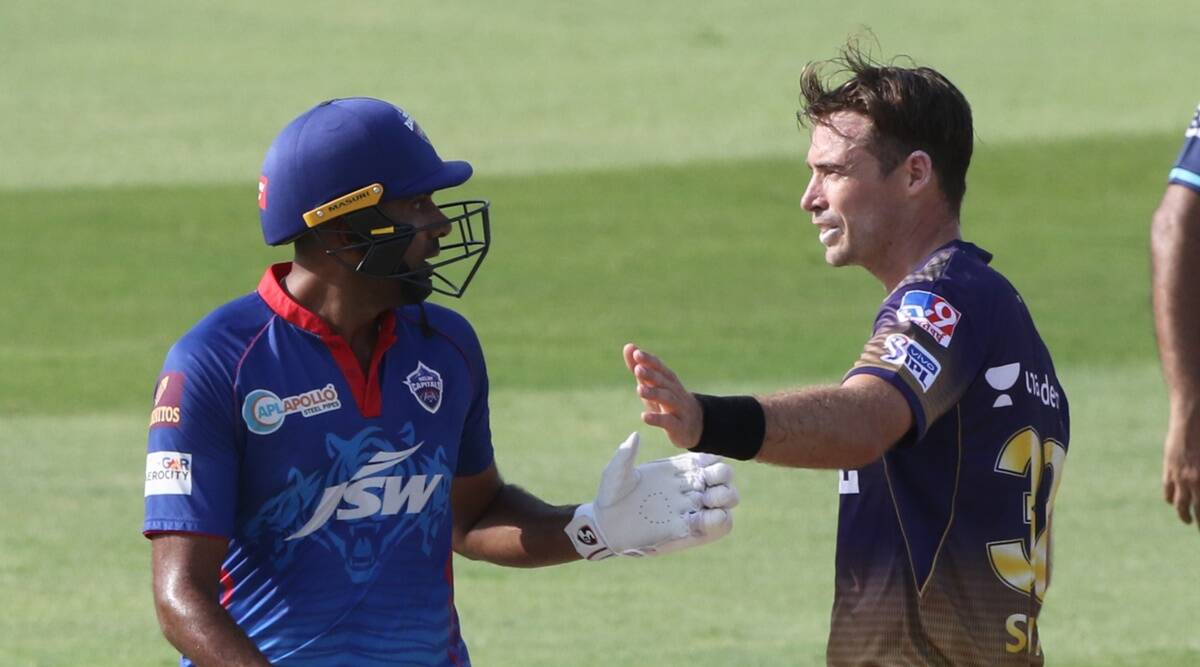 The senior Delhi Capitals and India off-spinner found himself mired in yet another unsavoury on-field incident after getting into an argument with Kolkata Knight Riders’ Eoin Morgan and Tim Southee in Match 41 of Indian Premier League 2021, an incident that has once again brought the spotlight on the laws of the sport and the so-called ‘Spirit of Cricket’.

A little over two years have passed since Ashwin, who was leading Punjab Kings back in IPL 2019, got into a much-publicised row with Rajasthan Royals’ Jos Buttler that resulted in a raging debate over the legality of the ‘Mankading’ form of dismissal. This time however, he found himself getting into a war of words during Delhi’s innings when he decided to take the extra run after a throw from Rahul Tripathi deflected off skipper Rishabh Pant’s bat at the non-striker’s end.

Some members in the Kolkata camp were unhappy and they made their displeasure known as Morgan and Southee got into a heated discussion with the man known for not holding back in a confrontation and standing his ground. Former KKR skipper Dinesh Karthik had to play peacemaker and separate the two groups. Later in the match, Ashwin went wild with his celebrations after dismissing Morgan, though Kolkata would ultimately emerge winners by three wickets.

Ashwin, however, was by all means was not done with the incident, and in a series of tweets that he later posted which have since gathered thousands of retweets and nearly 50,000 likes, revealed Morgan terming his action a “disgrace” before going into a detailed explanation for his decision.

“Give your heart and soul on the field and play within the rules of the game and shake your hands once the game is over. The above is the only ‘spirit of the game’ I understand.”

Ashwin’s post serves as a timely reminder of the subjective nature of this ‘Spirit’ that seems to govern the game indirectly. Why shouldn’t a batter grab the extra run when it can literally be the difference between victory and defeat, between qualifying for the playoffs and getting knocked out, as long as it falls under the purview of ICC’s playing conditions.

Take ‘Mankading’ — the term itself seen as an unwanted legacy of sorts for an icon of the game — for instance. The controversial dismissal vilifies the bowler for running the non-striker out instead of giving the usual verbal warning when in fact, it is the latter that is violating this so-called code of honour by stealing an extra yard during the bowler’s run-up.

Going back to Tuesday’s incident, neither ICC’s laws nor IPL’s playing conditions have any provision that makes it illegal for a batter to not score a run off a deflection off the body as long as it’s not a deliberate act. Ravichandran Ashwin, Tim Southee and Eoin Morgan exchanged words after the DC player took a run on a debatbale overthrow against KKR. Sportzpics

And yet KKR skipper Morgan chose to call Ash a “disgrace”. This coming from the same man whose team benefitted from four extra runs in a match as crucial as the 2019 World Cup final when the throw from Martin Guptill from deep midwicket deflected off Ben Stokes’ bat when the latter put in a dive at the striker’s end, the ball ultimately running away to the boundary to make it six runs off the fourth ball of the final over instead of the two that Stokes was originally looking for. The tournament hosts were happy to accept those runs, and why wouldn’t they. It was after all very much within the laws of the game, and Stokes was in no way deliberately trying to get bat on ball while putting in the slide.

Certainly don’t remember any of the publications carrying a comment from the Black Caps skipper Kane Williamson calling the England skipper a “disgrace” for costing them the ultimate prize in cricket.

And there’s a wide variety of reactions coming in from former and current cricketers alike. New Zealand all-rounder Jimmy Neesham, who had bowled the penultimate over in the aforementioned World Cup final and later came out to bat in the Super Over, defended Morgan’s stance while reacting to the incident on Twitter.

“Getting a bit boring now,” is how the all-rounder reacted to Ashwin’s impassioned defence of his call.

Did he perhaps forget about Brendon McCullum, an undisputed legend of the game and one of the greatest Black Caps of all time, and his infamous run-out of Muttiah Muralitharan in the second Test at Christchurch in 2006 after the latter stepped out his crease to congratulate Kumar Sangakkara for completing his ton. McCullum didn’t think twice before whipping the bails off at the striker’s end, even as Murali and Sanga were left perplexed on the other side of the wicket.

“You can’t just wander off when the ball’s in mid-air and if we’d had an overthrow I’m sure they would have taken that. To my mind the ball’s still alive and .. certainly in the cut-throat environment of this competition it’s a mistake you can’t afford to make on their behalf,” then-captain Stephen Fleming said in the aftermath of the incident, defending the team’s action, according to

There are also incidents such as MS Dhoni recalling Ian Bell after the latter was controversially run out during the second Test between England and India at Nottingham in the summer of 2011, for which the former India skipper won the ‘Spirit of the Decade’ award last year.

Dhoni’s decision to withdraw Bell’s dismissal, however, has to be respected as his personal call, and not a mandate that is to be followed by others.

Pant decided to take the second run after deflection off his bat on Tuesday after seeing Ashwin run halfway down the pitch. Had he denied Ashwin the single, and the latter ended up getting run out, Morgan would have been well within his right to appeal for the dismissal. Not one from the opposition or from the army of fans on social media would have had the right to label him a “disgrace” for the same. Or shower derogatory words on him.

Perhaps former Australia spinner Brad Hogg, one of the several from the cricketing fraternity who reacted to the incident, summed the whole matter up in the best possible way.

“Unwritten rules should be scraped, play to the laws.”

Perhaps then, Ashwin will finally catch a break from all the drama.

Rajasthan vs Chennai, 47th Match – Live Cricket Score
IPL 2021: If we learn to handle pressure better, we will be among top teams, says KL Rahul