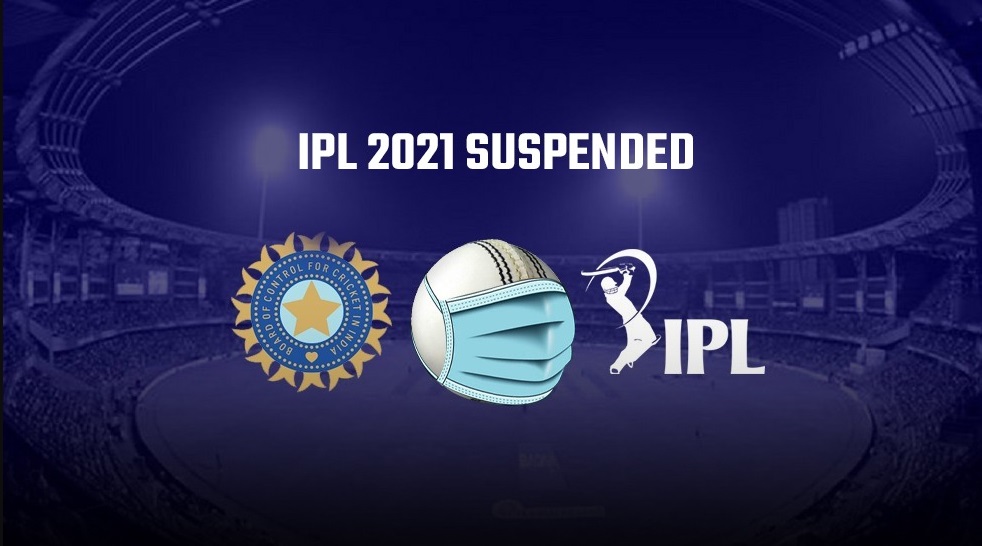 IPL 2021: The big questions to be answered are how the foreign players will return home, and how BCCI will deal with the health concerns of teams, and the financial fall-out of the postponement.

The 2021 season of the Indian Premier League (IPL 2021) has been suspended indefinitely after several players and staff members from different teams tested positive for Covid-19. The Indian Premier League Governing Council (IPL GC) and Board of Control for Cricket in India (BCCI) in an emergency meeting unanimously decided to postpone IPL 2021 season, with immediate effect.

“The BCCI does not want to compromise on the safety of the players, support staff and the other participants involved in organizing the IPL. This decision was taken keeping the safety, health and wellbeing of all the stakeholders in mind. These are difficult times, especially in India and while we have tried to bring in some positivity and cheer, however, it is imperative that the tournament is now suspended and everyone goes back to their families and loved ones in these trying times.

“The BCCI will do everything in its powers to arrange for the secure and safe passage of all the participants in IPL 2021. The BCCI would like to thank all the healthcare workers, state associations, players, support staff, franchisees, sponsors, partners, and all the service providers who have tried their best to organize IPL 2021 even in these extremely difficult times,” an official IPL statement said.

Doubts over IPL’s continuation had grown on Monday after Varun Chakravarthy and Sandeep Warrier of Kolkata Knight Riders—among teams based in Ahmedabad—tested positive. While Monday’s game between KKR and Royal Challengers Bangalore was postponed, Chennai Super Kings were told to isolate after three members in the contingent, including bowling coach L Balaji, tested positive.

UPDATE: The Indian Premier League Governing Council (IPL GC) and Board of Control for Cricket in India (BCCI) in an emergency meeting has unanimously decided to postpone IPL 2021 season with immediate effect.

Early on Tuesday, it was decided that Wednesday’s match between CSK and RR was postponed due to the positive cases in the CSK camp.

The last straw it seems for BCCI to take the decision to suspend the tournament was the positive result of Wriddhiman Saha in the Sunrisers Hyderabad camp, which meant there was now a cloud over Tuesday’s match between SRH and defending champions Mumbai Indians.

The bio-bubble of many franchises has been compromised and keeping that in mind the league has been suspended for the time being.

IPL was held in the United Arab Emirates last year without a single positive case during the tournament after the tournament was forced out of India amid the lockdown due to the pandemic. IPL organizers had hoped the bio-bubbles created to play matches across six cities would hold, only for it to quickly break at the halfway stage of the event.

The big questions to be answered are how the foreign players will return home, and how BCCI will deal with the health concerns of teams and the financial fall-out of the postponement. A few foreign players had already left IPL while R Ashwin quit the tournament after many members of his family tested positive in Chennai.

The official broadcasters of Star India also released a statement on the suspension of the tournament. Here is the full statement:

“Star India supports BCCI’s decision to postpone IPL 2021. The health and safety of players, staff and everyone involved in the IPL are of paramount importance. We thank the BCCI, IPL Governing Council, players, franchisees and sponsors for their support. We are also indebted to our employees, on-air talent, production, and broadcast crews for trying their best to spread positivity by delivering the broadcast of IPL 2021 to millions of homes in the face of challenging circumstances.”

No charter flight for Australia players at this moment: CA Chief Hockley
‘We’ll find a way to send back overseas players’: IPL chairman