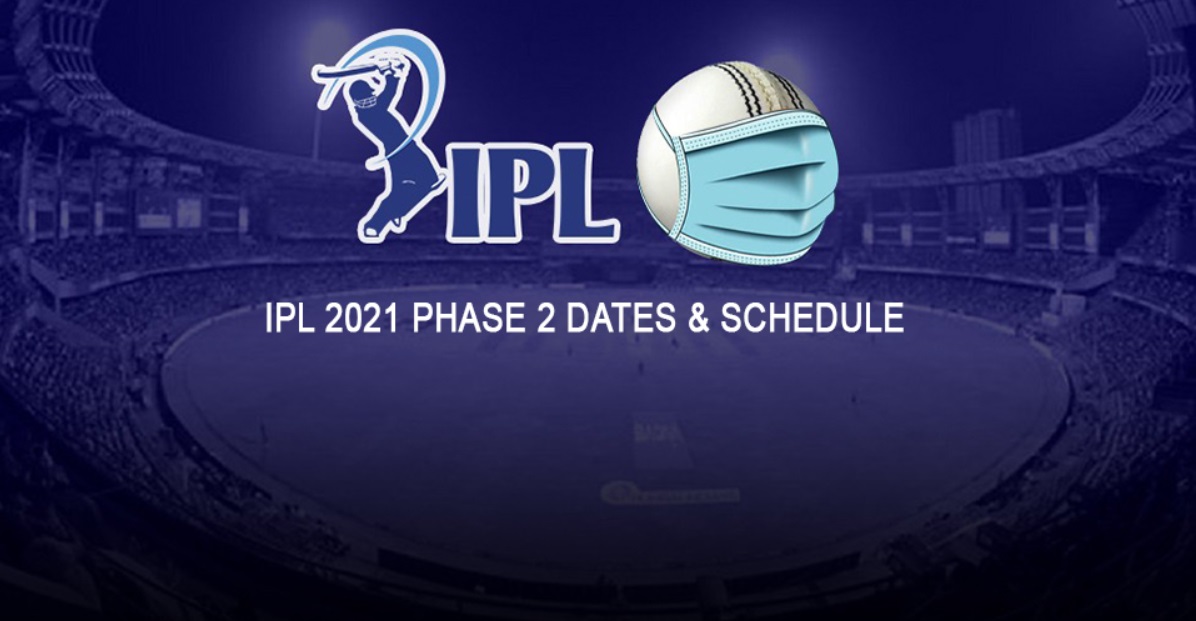 IPL 2021 Phase 2 Dates & Schedule: After much deliberation on Saturday it was decided by the Board of Cricket Control of India (BCCI) that IPL 2021 Phase 2 will be played in UAE but what was not announced was the dates of the tournament. According to the information available with the news.BCCI has zeroed down on September 17 as the start date of IPL 2021 remaining matches. The finals of the 14th edition of the league will be played on 10th October.
IPL 2021 Start Date & Schedule – Why hasn’t the BCCI officially announced the dates as yet?
IPL 2021- BCCI wants CPL to be advanced by 10 days: The reason why the BCCI hasn’t announced the dates is Caribbean Premier League. CPL 2021 is scheduled from 28th Aug to Sep 19th. As BCCI wants to start IPL 2021 remaining games from Sep 17th, they want CPL 2021 to be advanced by 7-10 days so that all Caribbean and other cricketers stay available for IPL Phase 2.
“We will speak to all the boards about the availability of their players. We will also speak to Cricket West Indies, we always had a great relationship with everyone and we are confident some solution will come out in the next few days”, said one of the top BCCI officials after attending the BCCI SGM today afternoon.
IPL 2021 Schedule: The sources in BCCI also told InsideSport that minor tweaks from the earlier schedule will have to be made for the 2nd Leg of IPL in UAE. The BCCI will officially announce the dates and schedule in the next 10 days.
IPL 2021 Foreign Players Availability Big Headache for BCCI:
Not only the West Indies, but the BCCI is not sure about the availability of most of the foreign cricketers in IPL 2021. England has already said no, cricketers from New Zealand, Bangladesh and Afghanistan are also doubtful, so are the players from the West Indies.
–  Australia will tour Bangladesh,
– New Zealand are set for Bangladesh and Pakistan (or the UAE),
– England have agreed to visit Bangladesh and Pakistan (or the UAE)
– Pakistan and Afghanistan have scheduled a bilateral series around or during the time of the IPL.
– West Indies players will play CPL.
IPL 2021 Phase 2 Dates: It will be extremely difficult for BCCI this time to overcome all the challenges. The ECB has already snubbed the BCCI. How the other boards respond to the BCCI’s request will decide the availability of the foreign players for the IPL 2021 Phase 2.
Related TopicsCricketIndiaIPL 2021Top news