IPL 2021: My batting position at the top-order will give the right balance to the squad, says Kohli. 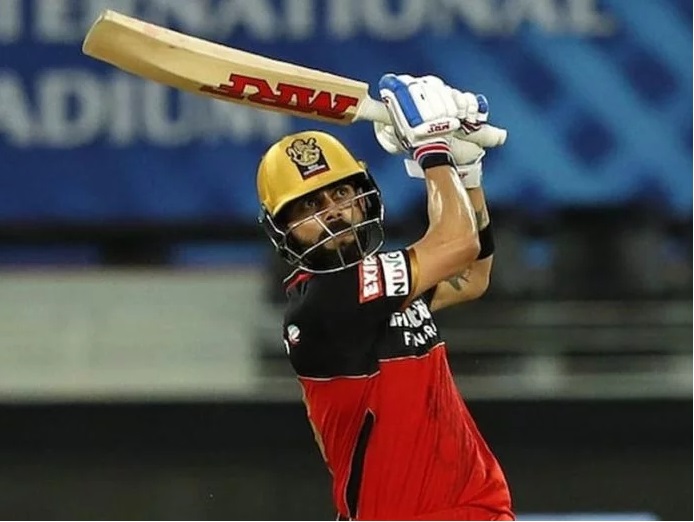 Ahead of the MI vs RCB in the first match of IPL 2021, Royal Challengers Bangalore captain Virat Kohli is confident about his batting position at the top and how it will be beneficial to the squad.

After the last series when he opened for the Indian team and played a knock of 80 runs in 52 balls against England in the last T20l, he said he will be starting for the RCB squad as well.

“I talked to Mike and Simon last season and told them about my decision to play as an opener in the upcoming season, i got the chance to do that just before the season in the last game against England and luckily I scored good and that gave me a lot of confidence to play in this role, Says Virat Kohli.

Before the start of the tournament, Kohli had said that he will open the innings for the RCB. He opened for India in the last T20I against England and played an unbeaten knock of 80 off 52 balls at the Narendra Modi Stadium. “I had spoken to Mike (Hesson) and Simon (Katich) last year that I would like to open in IPL 2021 and I would go into that headspace, luckily things happened in a way that I got to open in the last game against England and I ended up getting a good score which gave me the confidence to step into this role so I can probably do it again.

“That experience was very important heading into this IPL, knowing I am sorted with my game at the top of the order, and then now let’s create that balance in the team. My batting and those things are taken care of,” Kohli said in a video posted by RCB on their official Twitter handle.

Commenting on his decision to speak to AB de Villiers when he was going through a bad patch, Kohli said: “It’s amazing when you have played for so long, you can go into a zone where you feel like you cannot even score a run. There is such a lack of clarity in your mind and there are too many thoughts going around. It is all external factors you are thinking of and that is creating more confusion.

“So I thought I will take another point of view because I have seen ABD play, every innings he has got the same intensity and passion. He is never addicted to getting scores and he is always thinking about the team situation. I asked him when in doubt, what do you do? The simplest of the advice one can get and he said just watch the ball.”

Kohli further added that it is not easy to be consistent with the form in such a long career and added that he takes one ball at a time.

“There are many factors, when you have so much expectation from yourself, having done it for 10-12 years at the same level when things are not going your way, you become desperate. I am human at the end of the day and I also want to be in a space where I am told just enjoy your game. You do not expect anyone else to understand, you have to decide yourself that I am going to hit the ball, to hell with everything and repercussions,” he said.

The skipper also talked about the new face in the support staff and his role on the side.

“This time around Sanjay Bangar has been added to the support staff. Amazingly balanced man, very very sane head on his shoulder and gives good advice to the team. Speaks the right kind of language at the right time to the youngsters especially to how to get them in the best space. He brings a balanced point of view. We feel more confident that we are more in tune with our system and process. We got the strongest squad this time around if we follow those things, good things are gonna happen again. We would like to go all the way to the final destination,” Kohli said.

When asked about his 13-year-long association with the RCB, Kohli said, “We have reached the final thrice, we have reached the finals of the Champions League which used to happen once. We played four finals, we played two or three semifinals as well. Just the fact that we have not finished the job in the IPL, we are one of the most loved teams across the tournaments. Me as an individual I never felt like move away from this system just because I haven’t won the title and that happens because things have been so organic.”