IPL 2021: Moeen Ali urges Chennai Super Kings to remove the logo of the alcohol brand from the jersey; CSK accept his request. 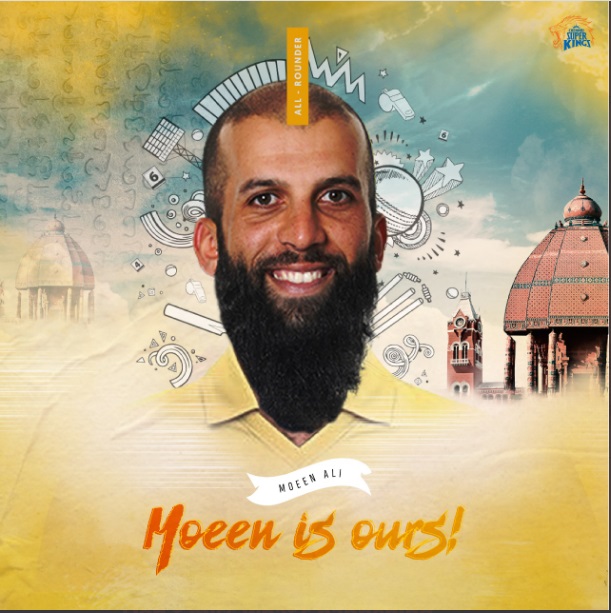 One of the biggest signings for Chennai Super Kings (CSK) in the Indian Premier League (IPL) 2021, England all-rounder Moeen Ali is gearing up to make his debut for the MS Dhoni-led side in the 14th edition of the cash-rich league. Prior to the start of the 14th season of the IPL, Ali had reportedly come up with a special request to the three-time champions.

The Dhoni-led side had recently unveiled their brand new jersey for the 2021 season of domestic cricket’s biggest extravaganza. The England all-rounder had urged the Chennai Super Kings to remove the logo of the alcohol brand from his jersey for the IPL 2021 season. As Moeen doesn’t consume or promote alcohol, the England all-rounder had requested the Chennai Super Kings to part ways with the logo of a liquor brand from his match jersey.

Taking cognizance of Moeen’s request, the Chennai-based franchise has reportedly accepted his demand. With the inclusion of Muslim players like Moeen and Adil Rashid, the England national team has refrained from spraying champagne during trophy celebrations.

Bought for a whopping INR 7 crore at the IPL 2021 auction, Ali was earlier released by Virat Kohli’s Royal Challengers Bangalore (RCB) after three bitter-sweet seasons with the franchise. After spending three seasons with RCB, Ali has joined CSK for the 2021 season. The England all-rounder is excited to be part of a franchise that is led by legendary Dhoni.

“I’ve spoken to players who have played under MS and they tell me how he improves their game. I believe a great captain does that,” Moeen told the CSK website ahead of the IPL 2021. “I think it’s something on every player’s wish list to play under MS. I think it’s the confidence and the clarity he gives people. It’s exciting,” the former RCB all-rounder added.