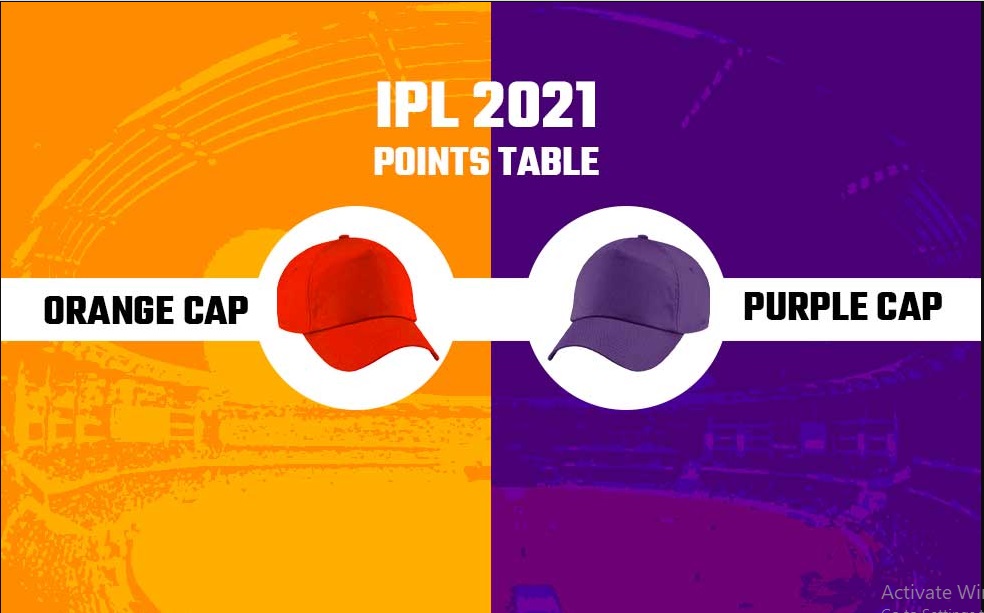 IPL 2021 Orange Cap: Sunrisers Hyderabad opening Jonny Bairstow continued his top run in IPL 2021 while playing against Punjab Kings on Wednesday. The right-handed batsman smashed a fifty-off 48 deliveries at Chennai’s difficult turf where PBKS were bowled out for just 120 runs. In his innings, Jonny Bairstow hit 3 fours and 6 sixes. He is placed third in the list.

Mumbai Indians Captain Rohit Sharma has broken into the top 5 list of Orange Cap table. He scored 44 off 30 runs against DC to go past the three-figure mark in IPL 2021. As for Shikhar Dhawan, with 231 runs, the Delhi Capitals opener extended his lead at the top.

A blistering fifty from Shikar Dhawan has taken him on top of the Orange Cap leaderboard in IPL 2021. He completed his half-century off just 31 balls against Punjab Kings that included 8 boundaries. He had previously smashed an unbeaten 85 against CSK in his opening match in IPL 2021. He overtook Maxwell when he scored his 83rd run against PBKS. While he fell six runs short of his third fifty against Mumbai Indians, the 44-run knock was enough to keep his lead intact.

IPL 2021 Points Table: Virat Kohli-led RCB back to the top of the points table, MS Dhoni’s CSK slips to the second spot-  Royal Challengers Bangalore are back on the top of IPL 2021 points table after a 10 wickets win over Rajasthan Royals on Thursday. Devdutt Padikkal scored a hundred while Virat Kohli smashed a fifty and brought up his 6,000 runs in the contest.

– MS Dhoni’s CSK slipped to the second spot in the IPL 2021 points table after the third successive win in IPL this year. CSK defeated KKR by 18 runs in their fourth match of the season despite a stellar performance by Andre Russell and Pat Cummins. Faf Du Plessis, Ruturaj Gaikwad, Lungi Ngidi, and Deepak Chahar shined with the ball.

David Warner-led SRH has jumped to 5th place from rock bottom after Jonny Bairstow’s fifty and stellar bowling performance helped them register 9 wickets victory over Punjab Kings. On the flip side, KL Rahul’s side dropped to 8th place in the points table.

Rishabh Pant’s Delhi Capitals moved to the 2nd spot on the IPL 2021 points table after beating Mumbai Indians by 6 wickets at the MA Chidambaram Stadium on Tuesday. It was their 2nd win on the trot, taking points tally to six in four matches with a net run rate of +0.426. Rohit Sharma’s Mumbai Indians, on the other hand, remained 4th after the loss. Royal Challengers Bangalore with six points is currently top of the table with a better net run rate of +0.750.

As for Delhi Capitals, they came into the game against Mumbai Indians as an underdog, losing the previous five contests. On Tuesday, Rishabh Pant lost the toss with Rohit Sharma’s MI gaining the upper hand by opting to bat first on a tricky Chennai wicket. However, Amit Mishra’s brilliant 4/24 rattled Mumbai Indians as they could only post 137/9. With Shikhar Dhawan’s 44, Delhi Capitals chased the target in 19.1 overs, winning the match by 6 wickets.

However, defending champions Mumbai Indians after two consecutive wins suffered a loss that hurt their net run rate. The loss meant, they remained in 4th position with four points from four matches with a net run rate of +0.187.

David Warner’s SRH who have lost their all three matches in IPL 2021 are placed at the bottom while KL Rahul’s Punjab Kings are 7th on the IPL 2021 Points Table, winning one. KKR and Rajasthan Royals occupy the 5th and 6th places after Match 13.

Keep following InsideSport.co for all LIVE UPDATES on IPL 2021