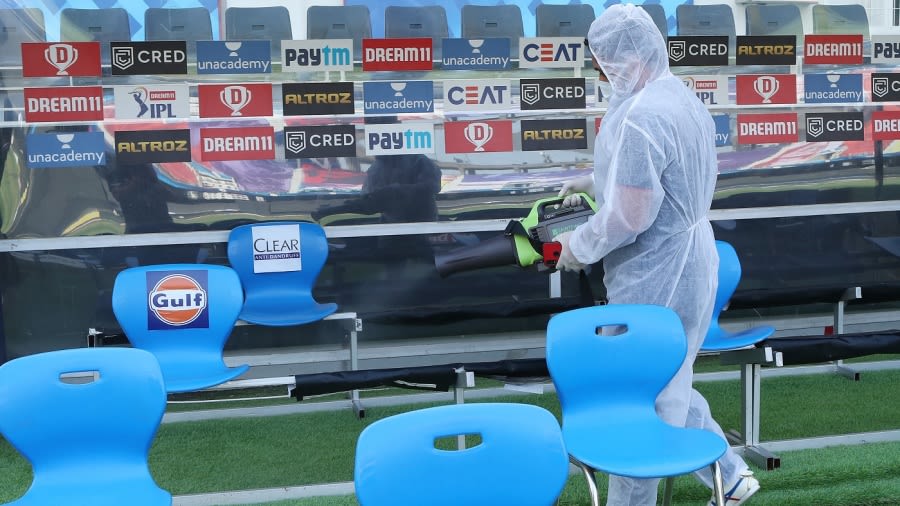 The circumstances surrounding the suspension, and resumption of arguably the biggest T20 league in the world is a sign of the times the world currently find itself living in, even though it’s not by choice. Strict arrangements limiting movements in and out of the various IPL franchise bi-bubbles in India earlier this year only helped as much before coronavirus breached through the airtight defenses. The fear and uncertainty that followed the sudden, dramatic suspension of the event seemed to have abated and normalcy restored but in the days leading up to IPL 2021’s resumption, troubling signs returned.

Covid found a breach in the Indian camp during their England tour last week, casting a faint shadow over the UAE leg of T20 league. However, as of now, those worries can wait with all India cricketers set to be part of the circus testing negative, and all eight teams gearing up to relaunch their respective campaigns.

A safe conduct of the league isn’t just vital to the BCCI which worked out a way for the completion of its showpiece event, and thus saving itself from what would otherwise have resulted in significant financial damages. T20 World Cup closely follows the league, and at the same venue(s). Even a minor hiccup during the IPL could spell trouble.

So a lot is riding on the second phase of IPL where 31 matches will be played between September 19 and October 15 across three venues – like last year when the entire season was held without an incident. The stakeholders will hope a repeat of 2020.

Aside from the fact that the league is being held in two phases, one of the most significant features of this particular phase is the return of the crowds, even though limited seats will be available due to the strict covid guidelines.

For the eight teams, this is a fresh start or they may even be looking it as a new, truncated season.

May 2 was the last time an IPL match was held this year. So there’s been a significant gap and thus talk of form, and momentum from the India leg is no longer valid. Nor do the teams have any scope of taking any match lightly, except maybe for the early pace-setters.

A majority of the teams will be fielding different squads from the India leg as they have been affected by withdrawals of several overseas stars denting their hopes. Rajasthan Royals were already without Ben Stokes and Jofra Archer but Jos Buttler is also not available now. Kolkata Knight Riders don’t have their pace spearhead Pat Cummins. Delhi Capitals are without Chris Woakes. Sunrisers Hyderabad won’t have big-hitting Jonny Bairstow. The list goes on.

The teams have swiftly announced replacements but will they be able to make as much of an impact as expected of those missing? Only time will tell.

For teams in the upper half of the points table, DC, Chennai Super Kings and Royal Challengers Bangalore are in comfortable spots and need to win just a couple of matches or three to ensure a top-four berth.

Two-time defending champions Mumbai Indians who are eyeing a record-extending sixth title cannot be lethargic at the start anymore as has been a feature of their previous campaigns. They haven’t been affected by withdrawals but need to shore up certain areas (read middle-order batting) to keep their hopes completing a hat-trick of titles alive.