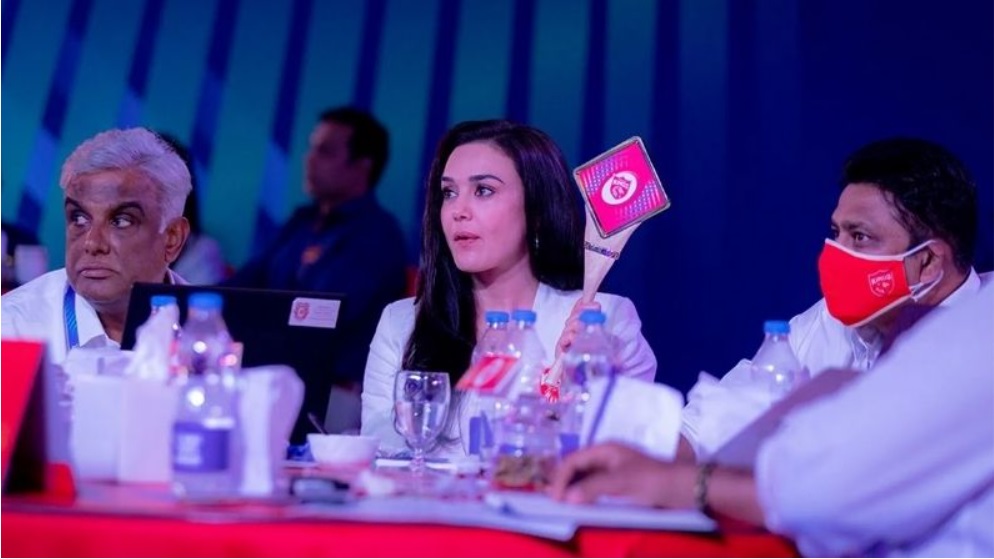 Punjab Kings co-owner Ness Wadia explained the reasons behind changing the name of the franchise ahead of the Indian Premier League 2021 season. Punjab Kings were earlier known as Kings XI Punjab for the first 13 seasons, but now will be known by their new name. Kings XI Punjab had a reference to the playing XI. Punjab Kings is more inclusive and will resonate better with the fans,” he further explained. KXIP are yet to win an IPL title and have only made it to the final once in 2013, where they lost to Kolkata Knight Riders.

With the IPL auction coming to an end, almost all the teams got their respective targets. As expected, we saw bidding wars on a few players and we saw some new faces in the auction as well. The heart of the auctions was none other than the South African all-rounder, Chris Morris.

Here’s the full updated squad list of all eight teams:

MS Dhoni’s army will go into the IPL 2021 with a massive boost as Suresh Raina has returned to the side. Along with his return, there are new signings as well which could change the fortunes of the team. Moeen Ali and Krishnappa Gowtham are the latest notable additions to the Chennai squad. Along with them, CSK have also signed Cheteshwar Pujara. If everything clicks, Chennai could once again lift the IPL trophy.

Prithvi Shaw and Rishabh Pant were out of form for the most season, but this season, both of them will look to give their absolute best. Marcus Stoinis’ all-round performance for the Capitals last season was a game-changer for them. Kagiso Rabada and Anrich Nortje being their spearheads proved to be monumental in their top-class season. They would look to continue that partnership in IPL 2021 and hopefully win the IPL trophy for the first time.

Wriddhiman Saha’s stint in IPL 2020 strengthened his place in the team as an opener. With that, there is an overseas spot vacant for Kane Williamson. Jason Holder could also play as a finisher along with Abdul Samad or Abhishek Sharma.

Punjab Kings have a decent bowling lineup, especially with the inclusion of Jhye Richardson. Along with him, Arshdeep Singh and Mohammed Shami are likely to be the two other pacers. For the spin department, the Punjab Kings have the youngster, Ravi Bishnoi, and a mystery spinner, Murugan Ashwin.

The Knight Riders signed Bangladeshi all-rounder, Shakib Al Hasan, who will be ready for another stint at his former team. Shakib’s inclusion could put Sunil Narine’s position in jeopardy should he fail to perform. KKR have a deep bowling lineup with as many as 7 bowling options. In addition to that, they also have signed the veteran Indian spinner, Harbhajan Singh, who would be looking to share his experience with a rather young team..

What makes Mumbai Indians the best team on paper is the depth within the playing XI. They have players who can bat till 8 and they can use 7 different bowlers in a match, assuming Hardik Pandya is fit to bowl. They are capable of scoring over 50 runs in the last few overs, thanks to the finishing prowess of Hardik Pandya and Kieron Pollard.

When it comes to bowling, they are undoubtedly one of the best units of the tournament. With Jasprit Bumrah and Trent Boult being their ace pacers, you ought to restrict the opposition as low as possible. All in all, they look the most formidable side, once again.

Apart from Chris Morris, the Royals also signed Shivam Dube, who is one of the hottest prospects in the Indian domestic circuit. Shivam Dube could provide a couple of overs in the middle to reduce the burden on other bowlers. He could also go out on a smashing spree whenever he comes to bat. With Stokes and Buttler at the top and Jofra Archer handling the new ball, Rajasthan Royals could be serious contenders for the trophy.

IPL 2021 Auction: Chris Morris became the most expensive player in the history of the IPL today
BCCI announces schedule for VIVO IPL 2021.