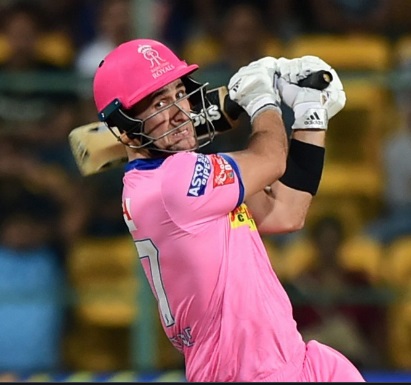 Coetzee has played eight T20 matches so far and has taken nine wickets at an average of 23.33 in the format. He has represented his country in two under-19 World Cups.

The RR overseas roster is currently limited to just five members. The replacement for Ben Stokes, Rassie van der Dussen is still in quarantine. Along with Stokes, Jofra Archer, Livingstone & Andrew Tye had pulled out of IPL 2021 either due to injuries of Covid-19 related issues.

RR vs SRH in IPL 2021 – Rajasthan Royals Playing XI: Neither Sanju Samson-led Rajasthan Royals is spoilt for choices – nor they have many players available to choose their playing XI from. RR as per the information coming in from their camp will be fielding the same playing XI as they have done in the last two matches. This means it is unlikely that Rajasthan will make any change in XI for 3rd consecutive match.

Their overseas roster has shrunk to just five members.The replacement for Ben Stokes, Rassie van der Dussen is still in quarantine which means at least no foreign player can be changed in XI. Changes if any will happen that may be with Indian domestic cricketers.