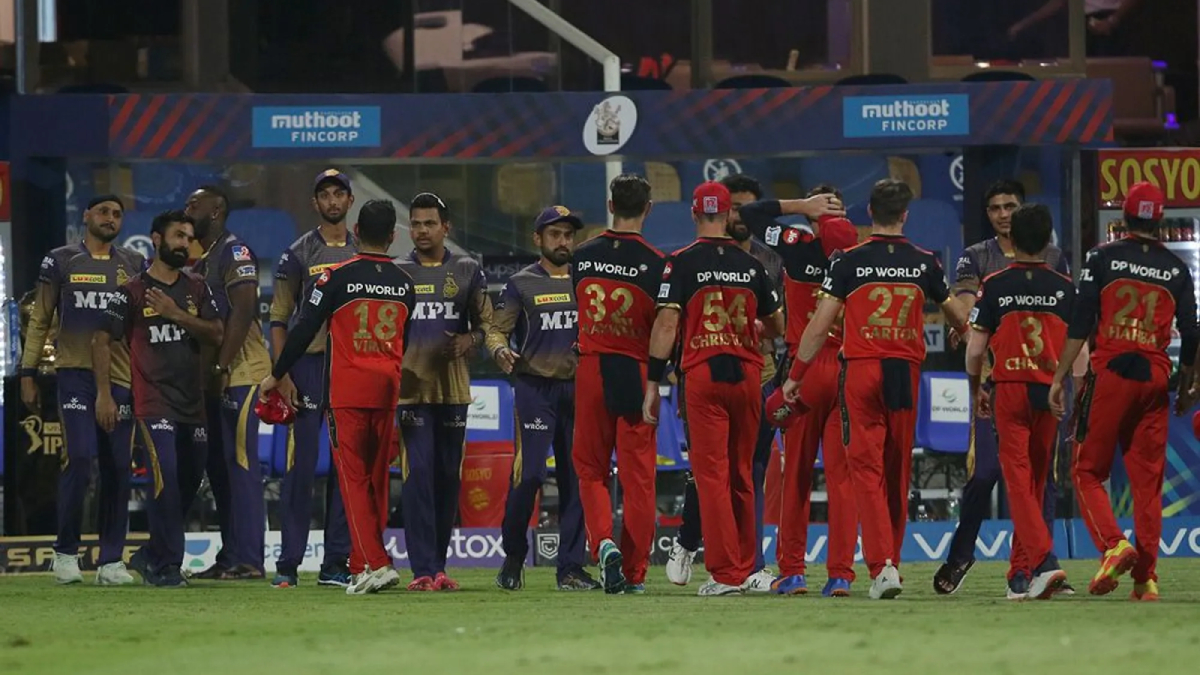 Kolkata Knight Riders (KKR) delivered the knockout blow to Virat Kohli’s Royal Challengers Bangalore as they won the Indian Premier League (IPL) 2021 Eliminator in Sharjah by four wickets on Monday. Sunil Narine set up the win with his spell of four for 21 and then shone with the bat as well, smashing three sixes in an over off Daniel Christian to help KKR get over the line. After restricting RCB to 138/7, KKR chased down the 139-run target to progress to the Qualifier 2 where they will meet Delhi Capitals for a place in the final.

Apart from Narine, Lockie Frerguson had picked up two wickets for KKR after Eoin Morgan lost the toss.

Chasing 139 for the win, KKR openers Shubman Gill and Venkatesh Iyer gave a solid start as the duo added 41 runs in the first five overs.

Purple Cap holder Harshal Patel provided the breakthrough for RCB as he sent back Gill for 29.

Yuzvendra Chahal then removed Rahul Tripathi for six before Harshal struck again to send Iyer back.

With the wicket of Iyer, Harshal equalled Dwayne Bravo’s record of most wickets in a single IPL season — 32.

With the asking rate going up after the fall of quick wickets, KKR decided to send Narine ahead of Dinesh Karthik and the move paid off as the southpaw took Daniel Christian to the cleaners to put the pressure back on RCB. Narine hit three massive sixes to bring the equation well within KKR’s grasp.

Despite a late fightback from Chahal and Mohammed Siraj, who sent back Dinesh Karthik and Sunil Narine in the same over, KKR eventually chased down the target with two balls to spare and sealed a place in the second Qualifier.

Qualifier 2 will be played at the Sharjah Cricket Ground on October 13.