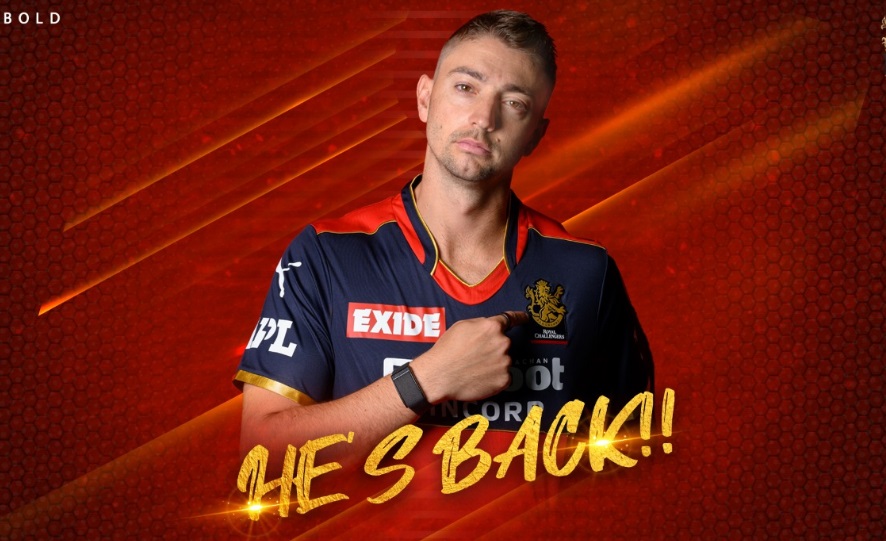 Royal Challengers Bangalore (RCB) got a big boost on Sunday as their Australian all-rounder Daniel Sams joined the bio-bubble in Chennai after returning two negative RT-PCR tests for Covid-19. Sams tested positive for Covid-19 on April 7 and was in isolation in a designated medical facility.

Notably, Daniel Sams, who was traded from Delhi Capitals, had returned a negative test for Covid-19 on April 3 upon his arrival from Australia. However, the all-rounder tested positive on April 7.

“Daniel Sams is out of quarantine and has joined the RCB bio-bubble today with two consecutive negative reports for COVID-19,” RCB said in a statement on Saturday. “RCB medical team was in constant touch with Sams and has declared him fit to join the team after adhering to all the BCCI protocols.”

Daniel Sams is the second RCB player to have tested positive for Covid-19 in the lead up to IPL 2021. Opener Devdutt Padikkal joined the bubble after being in home isolation. He missed the RCB’s season opener against Mumbai Indians despite rejoining the team in time.

According to BCCI’s Heath and Safety Protocols for IPL 2021, any participant testing positive for COVID-19 will have to isolate for a minimum of 10 days.

Royal Challengers Bangalore have begun IPL 2021 on a good note, winning their first two matches. Virat Kohli’s men are on top of the points table. They will face Kolkata Knight Riders in their third and final match at the MA Chidambaram Stadium in Chennai, on Sunday.

‘This is for that guy who messaged me’: Deepak Chahar answers social media critic who asked him ‘not to play’ vs PBKS.
IPL 2021 : Mumbai Indians vs Sunrisers Hyderabad ,Live