IPL 2021: CSK’s performance in final against KKR encapsulates everything that made them champions 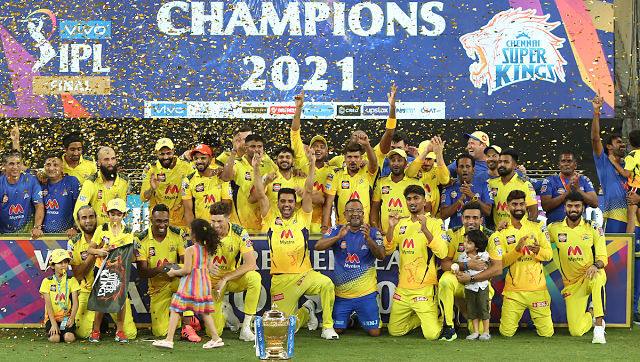 MS Dhoni did it again. Chennai Super Kings did it again. Last season in the UAE, CSK didn’t make it to the playoffs for the first time. This season, they came back to the UAE to win their fourth IPL title. It’s absolutely right to say that Dhoni has lost a bit of his sheen. Some might not agree and they too have a point. He captained brilliantly in this edition and though he has struggled for runs, his cameo in the Qualifier 1 was massive. Last year, he promised that his team would come back stronger and he delivered on that promise.

So how did CSK do it?

To win a title, especially in a highly competitive league like IPL, a lot of things have to go right – from the auction strategies to the performances of the players on game days. With regard to CSK, let’s focus on the final, which presents a compressed yet reliable picture of how CSK became the best teamof the 2021 season.

On Friday, Dhoni lost the toss and Eoin Morgan decided to field first. It was a good pitch for the batsmen and considering the dew factor, CSK had to put up a total in the par range of 160-180. They ended up with 192 for the loss of three wickets. Once again, openers Faf du Plessis and Ruturaj gave a solid start to CSK. Du Plessis smashed 86 off just 59 deliveries and Gaikwad made 32.

Both CSK openers scored 600 plus runs in this season with Gaikwad taking the Orange Cap. He finished up with 635 runs, just two more than his opening partner du Plessis. In the final, Ruturaj attacked the left-arm spin of Shakib Al Hasan, who has been impressive with his spells in the powerplay. Shakib’s first two overs in the powerplay resulted in 18 runs, with Gaikwad hitting two boundaries and a six. Gaikwad couldn’t make a big score on Friday but the taking down of a quality spinner set the tone for the rest of the innings. The Chennai Super Kings template has always been performing as a unit. Sportzpics

Du Plessis’ strike-rate versus spinners in IPL 2021 is 108.08 while the number rises to 150.93 when it comes to scoring against the pacers. Du Plessis played KKR’s spinners sensibly on Friday, but when the opportunity to play big shots arrived via pacers, he was at it. In his 86-run knock, du Plessis hit seven fours and three sixes. Seven out of 10 boundary shots came against pacers, with the South African being particularly severe against Lockie Ferguson.

CSK’s middle-order batsmen Robin Uthappa and Moeen Ali were brutal in the final. Uthappa’s 31 came at a strike-rate of 206 while Moeen remained unbeaten on 37, which he scored a strike-rate of 185. CSK acquired the services of Moeen in the auction precisely for his ability to accelerate the scoring rate in the middle-overs. This was a big problem in the 2020 season when their middle-order batsmen couldn’t up the run-rate, especially against spinners.

This season, Moeen faced 94 deliveries from spinners and scored 137 runs at a strike-rate of 145. CSK went for Moeen at the auctions after they couldn’t get Glenn Maxwell. Moeen was important to CSK’s chances of going the distance and he didn’t disappoint. He was consistent with both bat and ball.

Like CSK, KKR’s opening batsmen Venkatesh Iyer and Shubman Gill were crucial to their team’s turnaround in the UAE. In the final, both shared a 91-run stand before Iyer departed. The partnership was broken by Shardul Thakur and two balls later, he removed Nitish Rana. He later went to take the wicket of Rahul Tripathi. Three crucial wickets in the final to turn the game around. But Thakur has been consistently providing breakthroughs for his team since the second half of the tournament resumed in the UAE.

In nine games in UAE, he has taken 16 wickets, going wicketless in just one match. He translated his international form into the IPL and made sure the selectors included him in the Indian squad for the T20 World Cup, replacing Axar Patel.

Josh Hazlewood also made an impact in the final. On Friday, his figures read 2/29 in four overs, which included important wickets of Sunil Narine and Morgan. In fact, he drew an edge off Iyer in his first over which was dropped by Dhoni. Iyer was batting on zero when he tried to make room and play the cut against a hard length delivery by Hazlewood.

On UAE pitches, Hazlewood became effective by bowling the hard lengths. The CSK management gave him a good run of games as he played all nine matches in the second half, and picked 11 wickets. He might not be the most economical bowler in the CSK camp but his spells in the powerplay proved to be important for the team.

Then there is Ravindra Jadeja. Apart from contributions with bat and ball, Jadeja’s fielding is a big positive for CSK. The catch he took to dismiss Iyer showed why he’s the best out there when it comes to catching and ground fielding.

The CSK template has always been performing as a unit. Yes, there’s a superstar in the form of their captain but the team has never been dependent on him or any one player. This season showed, that despite Dhoni being mostly ordinary with the bat, they still came together to win the title.

CSK coach Stephen Fleming laid out the team’s mantra after the final on Friday.

“Experience is important, guys who’ve been there and done it before add so much. We don’t get too deep into analytics and numbers, we go with gut feel and developing relationships with players, it’s old-school but it works for us.”