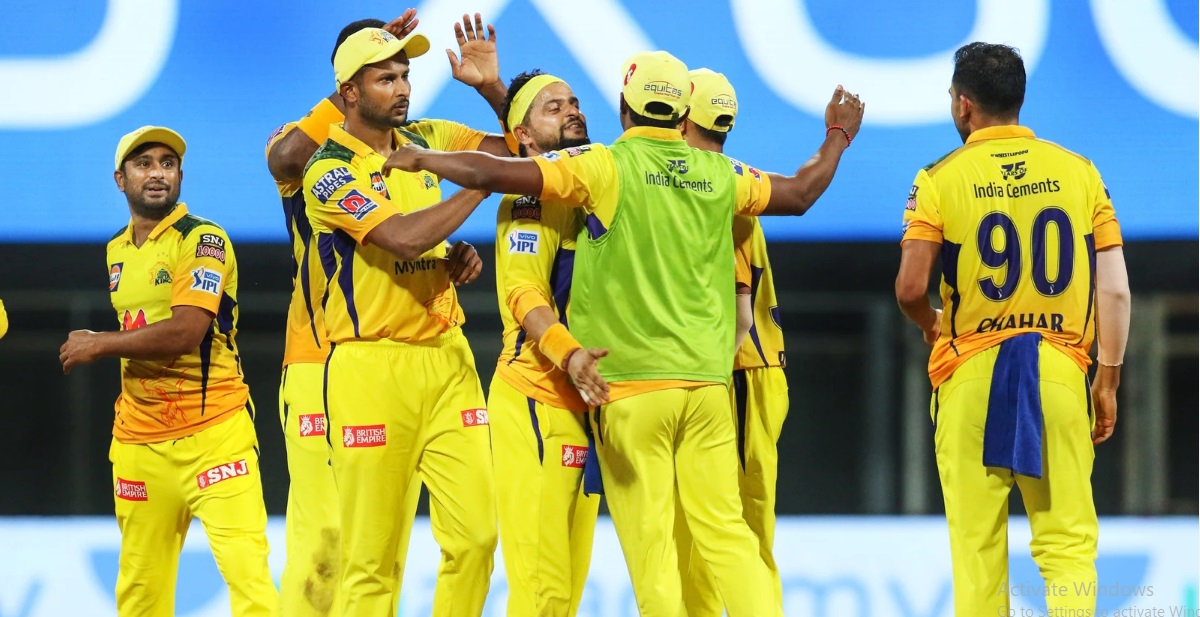 While the core of the CSK team has stayed intact, the entry of Moeen Ali (bought for ₹7 crores at the 2021 auction) has been a game-changer. The England all-rounder has been consistent at No. 3 and has contributed with his off-spin too. He has scored 133 runs (SR 152.87) and taken four wickets (eco 6.33) in four games.

Things are back to normal, at least in the IPL world. MS Dhoni is hitting sixes, Faf du Plessis is stable as ever, Suresh Raina has hit a half-century in the league after two years and Chennai Super Kings are top of the points table. Performances that we almost took for granted at one time are back after last season’s debacle.

The 2020 edition was the first time in the IPL that CSK were not able to qualify for the playoffs. After winning just six out of 14 games for a seventh-place finish, time seemed up for the “Dad’s Army”. Four matches into this edition, CSK have already won three. “Winning three out of four probably exceeded the expectations. We felt maybe three out of five or if we got a couple would be good,” Stephen Fleming, CSK coach, said after the win against Kolkata Knight Riders on Wednesday. CSK scored 220/3 batting first and won by 18 runs. It was the third time in three matches that the Dhoni-led side scored over 185 batting first.

While the core of the CSK team has stayed intact, the entry of Moeen Ali (bought for ₹7 crores at the 2021 auction) has been a game-changer. The England all-rounder has been consistent at No. 3 and has contributed with his off-spin too. He has scored 133 runs (SR 152.87) and taken four wickets (eco 6.33) in four games.

Two other foreign recruits, Sam Curran and Faf du Plessis have also hit the right strides. England’s Curran was a bit off-colour last season but this year, barring the KKR game where he conceded 58, he has been economical throughout. He is also a good hitter of the ball and lends firepower in the middle order. CSK’s top-scorer in 2020 (449 runs), du Plessis has carried that form into this edition as well. With 164 in four games, he sits among the top-four run-scorers this season.

These three have played the biggest role in CSK’s turnaround. Add to it the probing bowling of Deepak Chahar (eight wickets in four games at an economy of 7.33) in the Powerplays and you start getting the idea why CSK’s defence has looked so sharp. While the Indian batsmen like Dhoni and Raina still have to be more consistent to keep the winning record intact, the team would be pleased with young opener Ruturaj returning to form after failing to cross 10 in the first three games. He scored 64 against KKR.

“We rate Ruturaj very highly. I know there is pressure from outside but from within the camp, there was no doubt of what he is capable of. Naturally, you want the player to get into the tournament. He is such a stylish player, he trains well and he has got talent oozing out of him,” Fleming said.

He added that while in Chennai they would target 150-160 as the winning score, things have been different since the change of venues since last year. “It’s a change in attitude and personnel. Probably both of those things. Just making sure we have batters who can play high-risk games and that gives confidence. We have added some players who have made the difference already. The attitude is everything, it’s the No. 1 thing,” Fleming said.

“We think we were a little bit thin last year in playing a high-risk game. But again we were coming out of Chennai, where a score of 150-160 is very adequate. So we had to really swivel around and change, more in our attitude than anything this year.”

The former New Zealand captain explained further how a change of venue (from the UAE last year) affected CSK’s style of play. “We learnt about ourselves from Abu Dhabi and Dubai last year. It is very hard when you are conditioned to play one style and then to do 180, change your style completely. That was a challenge last year. But by the time, the tournament ended last year, we learnt a lot of things. Having said that, we had to keep working on the style of play. That was the focus in our pre-season,” Fleming said.

“A big focus was on making sure that we assess the conditions here. It’s very hard to do that day-in and day-out. We’re very proud of the way the batting in particular is standing up that’s two 190s and two 220s. So, we’re playing well in that department and that’s by design which is good.”

CSK captain Dhoni, however, with all the experience under his belt is not ready to delve too much into the early success of CSK. “Frankly, I have seen enough in cricket and I always like to be humble,” he said. “There is no good reason if you have scored why the opposition can’t score the same number of runs. Each and every IPL team has got a few big-hitters. So it’s very important to be humble, give that respect to that opposition.

“We have seen in quite a few games the opposition score runs what we thought in cricket was not really possible to do. That’s what my lines were to the players. I said, ‘We’ve got good runs on the board but let’s be humble. Let’s keep doing what we are supposed to do and focus on that.’