IPL 2021: Cricket Australia Issues No-Objection Certificates To Its Players To Return To IPL 14 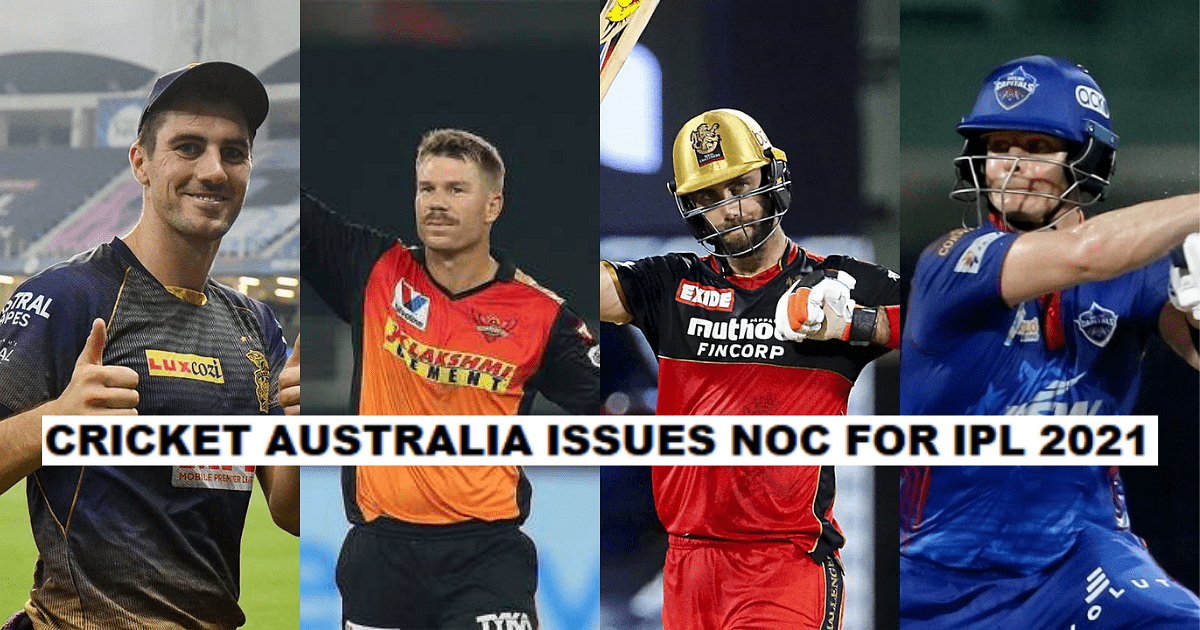 Cricket Australia (CA) on Sunday cleared the way for its players to take part in the remainder of Indian Premier League’s (IPL) in the UAE in September and October. CA’s clearance came after the Afghanistan Cricket Board (ACB) announced the postponement of a three-match ODI series between the two nations that was originally planned to be held in India ahead of the T20 World Cup, reported cricket.com.au. Earlier, the Board of Control for Cricket in India (BCCI) had confirmed that the English players will be available for the resumption of the 2021 edition of the IPL in the UAE from September 19. The postponement of the England-Bangladesh series opened the doors for the English players to use the IPL as preparatory ground for the T20 World Cup which gets underway just after the IPL.

Speaking to ANI, sources in the know of developments said the BCCI has received the green signal from the England and Wales Cricket Board on the participation of English players and it is the perfect example of the brilliant working relationship BCCI Secretary Jay Shah has with the English and Bangladesh cricket board.

“The English players will be available for the resumption of the IPL in the UAE. The BCCI has the green signal. This shows the brilliant working relationship that the secretary has with not just the ECB, but also the BCB,” the source said.Last month, the BCCI announced the schedule for the remainder of the IPL 2021 which will be held in the UAE.

A total of 31 matches will be played in the duration of 27 days.

The 14th season, which was postponed in May this year in the wake of the COVID-19 pandemic, will resume on September 19 in Dubai with a blockbuster clash between Chennai Super Kings and Mumbai Indians.

The action will then shift to Abu Dhabi where the Kolkata Knight Riders will square off against Royal Challengers Bangalore.