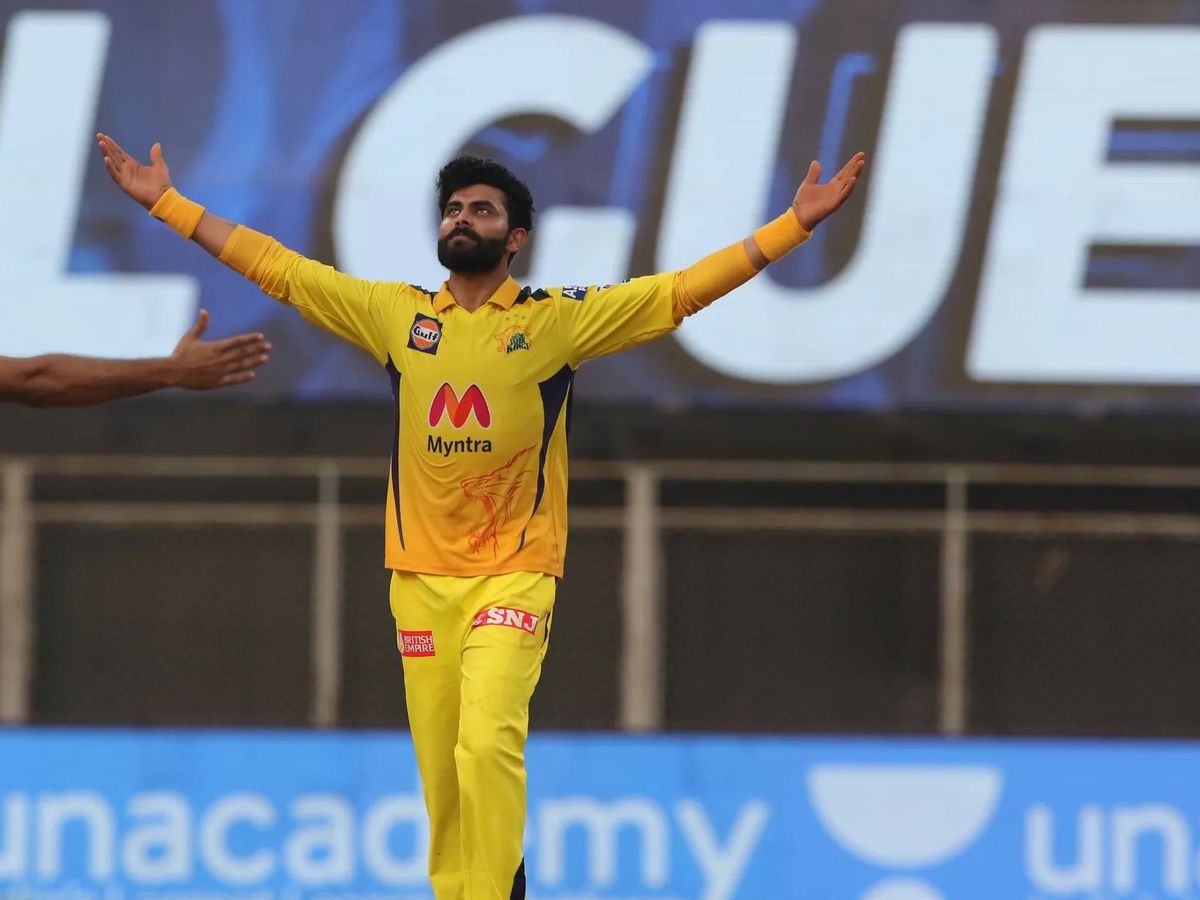 Sharjah: Chennai Super Kings produced a clinical all-round show to beat the Royal Challengers Bangalore by six wickets and claim the top spot in the IPL pecking order on Friday.

RCB skipper Virat Kohli (53) and young Devdutt Padikkal (70) struck brisk half-centuries in an impressive 111-run stand but CSK pulled the strings to restrict them to 156 for six after electing to bowl.

The in-form Ruturaj Gaikwad came good again with a quick 38 while Faf du Plessis made 31 at the top to lay a strong foundation for CSK to chase the modest target in 18.1 overs.

The win took CSK to the top spot with 14 points. They overtook Delhi Capitals, who also have 14 points, but the yellow brigade has a better net run-rate of 1.185, compared to Dehi’s 0.613. The in-form Ruturaj Gaikwad came good again with a quick 38 while Faf du Plessis made 31 at the top to lay a strong foundation for CSK to chase the modest target in 18.1 overs.
Photo by Pankaj Nangia / Sportzpics for IPL

While it was the second consecutive win for CSK, RCB have now lost both their games post the league’s resumption.

Gaikwad and Du Plessis added 71 runs in 8.2 overs and later Moeen Ali (23) and Ambati Rayudu (32) also got starts but could not convert those into big knocks.

Suresh Raina (17) and skipper MS Dhoni (11) ensured that there was no twist in the tale, taking the side past the finish line.

Neither Mohammed Siraj nor Navdeep Saini could trouble the CSK openers. Whether the ball was pitched up, short or bowled at a good length, Gaikwad and his South African partner treated them with equal disdain.

Gaikwad punched the ball hard and even reverse swept with ease before Kohli pulled off a stunning low catch off wrist-spinner Yuzvendra Chahal.

Realising that spinners may turn the game around, Kohli handed the ball to off-spinner Glenn Maxwell and the Australian responded with the wicket of du Plessis, who was guilty of playing a loose shot.

However, Rayudu and Moeen did not show any respect to the slow bowlers. They worked the ball around to keep the scoreboard moving and also got the big shots.

Earlier, Kohli and Padikkal went hammer and tongs after being asked to take first strike but once the partnership was broken by Dwayne Bravo, RCB lost the momentum.

RCB managed only 45 runs in the remaining 6.4 overs after being in a position from where they could have pushed for a score in the vicinity of 200.

Bravo’s bowling made a huge difference to the conclusion of the RCB innings as he conceded only 24 runs in his four overs and also added the wickets of Glenn Maxwell (11) and Harshal Patel (3). Earlier, Kohli and Padikkal went hammer and tongs after being asked to take first strike but once the partnership was broken by Dwayne Bravo, RCB lost the momentum. Photo by Rahul Gulati / Sportzpics for IPL

CSK had no dearth of quality bowlers with Deepak Chahar and Josh Hazlewood opening the attack but Bangalore openers — Kohli and Padikkal — went about striking the ball cleanly.

Kohli began with consecutive boundaries off Chahar but took a bit of time to find his rhythm. The skipper lofted the same bowler for a massive six on the on-side while Padikkal was fluent with his well-timed shots on the off-side.

Dhoni shuffled his bowlers but none got the length that could either trouble the batsmen or stop the run flow.

The young left-hander also used his feet well against left-arm spinner Ravindra Jadeja, sending the ball soaring over long-on. He completed his fifty with a crushing four off Chahar which also raised the team’s hundred.

The breakthrough eventually came when Bravo sent back Kohli, who struck the ball clean and hard but was caught near the boundary ropes.

That wicket stemmed the run flow and while trying to break the shackles, both AB De Villiers (12) and Padikkal became victims of Shardul Thakur.

Maxwell was expected to go after the bowlers and he did that, striking a six off Bravo to raise the team’s 150 in the 18th over, but a late flourish eluded RCB.