IPL 2021: Australian players could fly to the UK with England and India players on a chartered flight, hints Maxwell 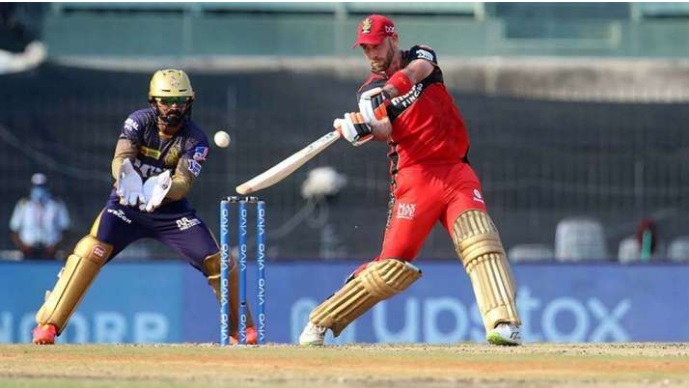 Star Australian all-rounder Glenn Maxwell says that he, along with other cricketers of his country, wouldn’t mind being on the same chartered flight that would take India, New Zealand, and England players to the United Kingdom after the IPL.

A senior BCCI official agreed that the option could be explored by looking at the international travel guidelines during the last week of May as all commercial flights from India to Australia are banned at the moment due to sky-rocketing cases of COVID-19 here.

“We just want to find a way to go home. The BCCI, both governments can work on a solution. If we have to wait a bit longer, so be it but there is a way to get home at some stage,” Maxwell told, “The Final Word Podcast” conducted by journalists Geoff Lemon and Adam Collins.

“India and England are going to play in England. Worst comes to worst, we have to wait in England and try and find a way out in that chartered (flight) and get out of India. I am sure a lot of guys will try and put their hand up in trying to do that as well,” Maxwell said.

India and New Zealand are set to fight it out in the World Test Championship final from June 18 and will fly to England for that after the IPL ends. England players in the ongoing league are expected to accompany them in the same flight.

BCCI treasurer Arun Dhumal said the idea could be explored as BCCI looks at several options for all the overseas players’ safe passage back to their respective countries in times of travel restrictions.

“Travelling to England and going to Australia from there could be an option that can be explored. There will be various options and obviously, BCCI will try and take the safest one which doesn’t compromise any of the players’ health and security,” Dhumal told PTI.

For Maxwell, it’s about figuring the safest route that they can avail of once the IPL is over as the bio-bubble is expected to break after that. There are 14 Australian players still remaining in the league after three pullouts.

“Once IPL finishes and potentially the bubble will be broken, you don’t want to be stuck here, just try and look for the safest way to move on,” the ‘Big Show’ said.

“It’s something I floated to Vinnie (fiancee), if things go extremely south, a whole lot worse, what are we actually supposed to do if there is no help? I am sure there will be help from BCCI to accommodate the overseas players at the moment,” he added.

While Maxwell acknowledged that the health situation in India with above 3 lakh positive cases every day, is grim, the BCCI has managed to create a “solid bio-bubble.”

“It’s changed pretty fast in India but we have been sheltered well in the bubble. We are not really exposed too much (to the outside world). We straight move into the hotel, trying to stick to the franchise’s business as usual, that is playing your sport…”

Maxwell said that while he kept in touch with Kane Richardson and Adam Zampa, who left fearing a lockdown after travel restrictions were in place, he thought it was prudent to stay back and wait for things to improve.

“That’s probably a situation I will be wary about, making one of these decisions and sort of being stuck. Obviously, the government said that they are going to shut borders from India and that’s pretty scary if you are stuck over here.

“We are just hoping, come May 15, hopefully, things improve and there’s a lot of work to do, here in India. You see countless people stuck in hospitals needing that extra support, long way to go before it gets better.”

Australian PM Scott Morrison said that since all the Australians participating in the IPL have gone there on their own, they won’t get preferential treatment in assistance to return.

“There are 5000 Aussies in India at the moment. We are not asking for preferential treatment, we are just hoping that things can start to take an upside in India and we can hopefully find a way to get home safely.”

“We knew it was getting bad when we came here… We do turn TV on, news channels showing 24×7…It is hard to swallow. We had at one point, 700 cases in Australia. It’s nothing compared to what’s happened here,” he said.