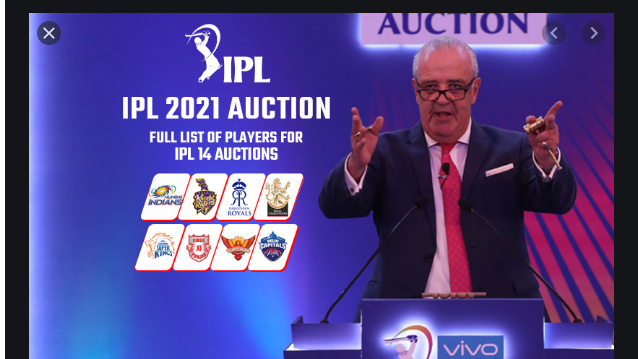 The IPL 2021 Auctions have been confirmed to be held on Feb 18 in Chennai. Now, as the Big Bash League (BBL) 10 nears its end and the IPL 2021 Auctions just a few weeks away, let’s take a look at 5 players from ‘BBL team of the tournament’ who can attract some big money and can be a hot -target for IPL franchises.

Alex Carey, who played just three games for Delhi Capitals in the IPL 2020, was released by the franchise last week before the new season. Carey made a statement, a day after smashing a 60-ball century against the Brisbane Heat, which was also the first century of this season.

Dan ChristianProbably the most experienced all-rounder in the format, Dan Christian could find a home at the IPL again given his exploits for the Sydney Sixers in the ongoing season of the BBL.

Australia’s top-order batsman, Shaun Marsh surprisingly went unsold in last year’s IPL auction. The main reason behind that could have been his base price of 1.5 Crores. Had Marsh set a lower base price, he could have been signed by one of the franchises.Nevertheless, the 36-year-old from Western Australia did not lose motivation as he continued to score runs in the Big Bash League. Playing for the Melbourne Renegades this year, Marsh has aggregated 449 runs in just 12 matches.

Alex Hales :It is surprising to note that the IPL franchises have never shown faith in the talent possessed by England’s top-order batsman, Alex Hales. The right-handed batsman has done wonders in the shortest form of the game yet he has never made it big in the IPL.

Glenn Maxwell Ranking at 5th with five votes in the BBL 2020 team of the tournament, Glenn Maxwell is one of those players who can single-handedly change the fortune of a match. The right-hander has scored 379 runs from 14 matches in the ongoing BBL 10 at an impressive strike rate of 143.56.

IPL 2021 Dates, Schedule & Venue: The 14th edition of the Indian Premier League (IPL 2021) is all set to begin on 11th April. The BCCI and IPL Governing Council has almost zeroed down on the tentative dates and schedule for IPL 14. According to one of the highly placed source in BCCI, IPL 2021 will start on 11th April and will be concluded either on 5th or 6th June.’The final decision will be taken by IPL GC but 11th April is the tentative date to start IPL 2021. The series against England finishes in March and players will get good break with 11th April start for IPL 14th’, said the BCCI official.

Kartik Kakade (25-year-old) : With the bat,, Kakade walloped a match-winning 41-ball 53 against Punjab in the semifinal. Blessed with these all-round abilities.

Mohammed Azharuddeen (26-year-old)  : The Thalangara batsman has been one of the finds of Syed Mushtaq Ali Trophy. In Kerala’s league encounter against Mumbai at Wankhede Stadium, he smashed a 37-ball to en route to a 54-ball 137.

Prerak Mankad : The all-rounder scored 205 runs at an average of 51 and a strike rate of 181. He also took 6 wickets in the tournament.

Shah Rukh Khan : The hard hitter scored 70 runs in the tournament at a whopping strike rate of 212. He scored 40 of 19 balls against Himachal Pradesh in the Quarter Finals.

Pakistan Beat South Africa by 7 Wicket.(Nauman Ali Prove age is just a number )
India Vs England (will play the final of this Test Championship against New Zealand at Lord’s in June 2021.)