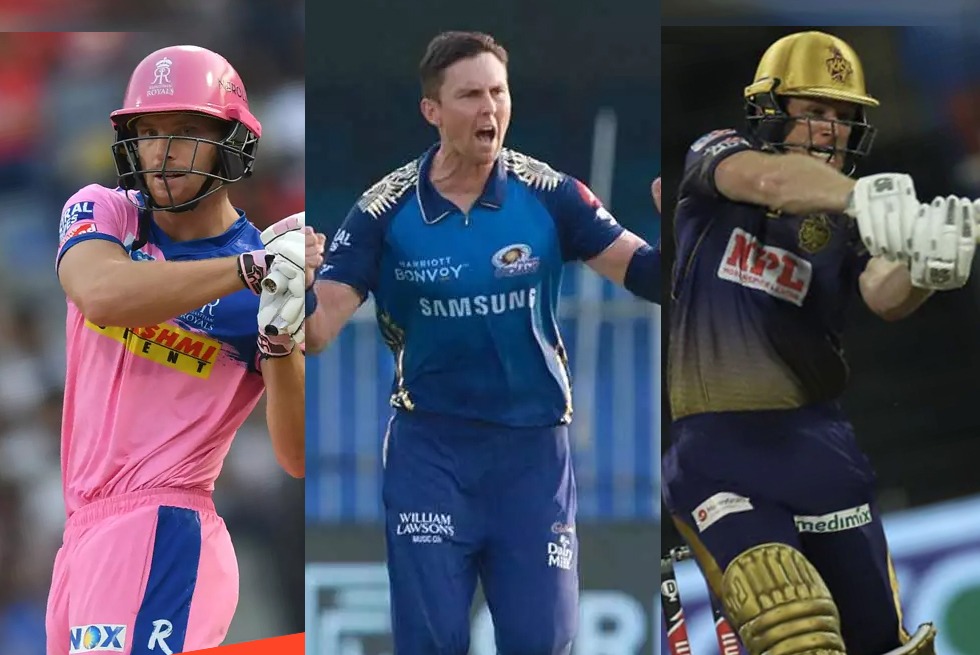 IPL 2021 Phase 2 – IPL 2021 in UAE In a little over two months’ time, IPL 2021 Phase 2 will begin in the UAE. While the resumption of IPL is a shot in the arm for IPL franchisees, they are in a fix over the foreign players’ availability. With BCCI still negotiating with other cricket boards, it is yet to update them on their availability. All those franchises have heard is from either players or the media. But the list of pull-outs is growing, and the teams will need to line up replacements. If Pat Cummins has already made his intentions clear of not returning, Jos Buttler and Eoin Morgan’s national commitment means, they will not be coming back either. Steve Smith is still recovering from injury and is all but ruled out of the IPL 2021.

IPL 2021 Phase 2 – IPL 2021 in UAE:  The first set of pull-outs began from England when the ECB declared that they would not allow players leave for IPL 2021 Phase 2 as England will be touring Bangladesh during that time. Bangladesh soon followed, saying it will not issue NOC to Shakib Al Hasan and Mustafizur Rahman. Back in Australia, players are still mulling over the decision after pulling out of the West Indies tour. The only certain pull-out is Pat Cummins, who has ruled himself out while Steve Smith is also recovering from an injury and is doubtful.

Pat Cummins (KKR): The Australian quick was the first to pull out of IPL 2021 immediately after returning home. While Australian media reported that Pat Cummins would not return for IPL 2021 Phase 2, later Dinesh Karthik, KKR’s vice-captain, confirmed that.

Steve Smith (DC): The former Australian captain played a limited part in Delhi Capitals. But as he is currently recovering from an injury, he has set Ashes 2021 as his target and is even ready to skip ICC T20 World Cup, thus ruling him out of IPL 2021.

Jos Buttler (RR): The England opener is 1st of many potential England players who will pull out. As the ECB has ruled out players’ return owing to limited-overs series against Bangladesh during the IPL window, the Rajasthan Royals opener has made himself unavailable owing to national commitments.

Ben Stokes (RR): After playing just one match for Rajasthan Royals, Ben Stokes had to return home after suffering a fracture in his finger. While he has since returned to cricket after recovering from the injury, he features heavily in England’s all three formats. Besides the Bangladesh series, he is expected to play a big role in the ICC T20 World Cup. Thus, he is the other England player who is not expected to come back.

Eoin Morgan (KKR): The biggest pull out will be of Eoin Morgan’s. The KKR captain is also England’s limited-overs captain and while he hasn’t said anything about not returning for IPL, national commitment will come first as he is expected to set an example. With the Bangladesh series, he is not expected to come back.

Jonny Bairstow (SRH): The other big loss will be of Sunrisers Hyderabad. Jonny Bairstow is SRH’s key batsman but the English wicketkeeper will be busy on the Bangladesh tour and will not return for IPL 2021.

Sam Curran (CSK): Chennai Super Kings fast bowler was one of their top performers. He has played well in the Sri Lanka series after return to cricket post-IPL suspension. But he will not return for the IPL 2021 Phase 2. The bowling all-rounder is due to tour Bangladesh.

Moeen Ali (CSK): The all-rounder was a revelation during the 1st Phase of IPL for Chennai Super Kings. Batting at No 3, he notched up two half-centuries, helping CSK secure top spot. But he also features in England’s limited-overs and Tests. Ahead of the ICC T20 World Cup, he is expected to be rested after a gruelling Test series against India at home.

Mustafizur Rahman (RR): Like ECB, Bangladesh Cricket Board has also refused to issue NOCs to its two players. Bangladesh will play Zimbabwe, followed by Australia, New Zealand and then England. Hence, Mustafizur Rahman will not be featuring the remainder of IPL.

Shakib Al Hasan (KKR): Shakib Al Hasan had to fight hard to get a NOC to play in the IPL. But this time, it won’t be the case. With four back-to-back series, Shakib Al Hasan is expected to play a major role before the ICC T20 World Cup. Hence, he has also been ruled out.