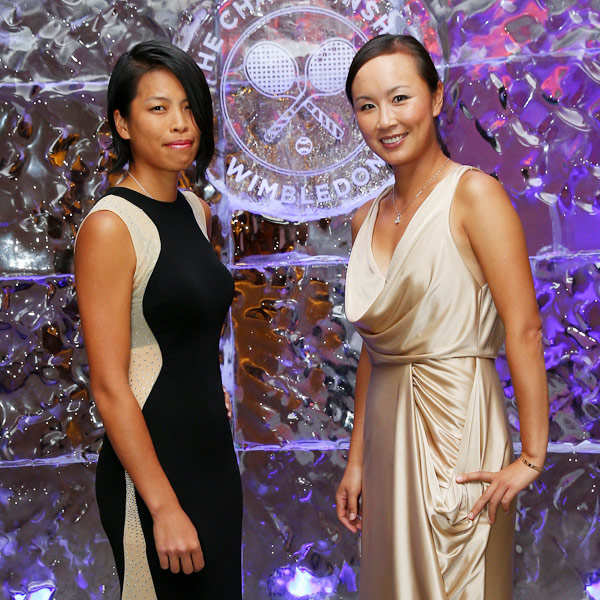 The IOC and the Chinese government would like this to be the end of the Peng saga, which has run since Nov. 2 when she accused former vice premier Zhang Gaoli of sexual assault.

That may be wishful thinking on their part.

The interview offered few details, no follow-ups on her allegations, and invited more questions for the IOC, Peng, and China.

It seems unlikely to satisfy Steve Simon, the chairman and CEO of the Women’s Tennis Association (WTA), who has been blunt in criticizing China and has threatened to pull all top-tier WTA events from the country.

Even after the IOC video was published on Sunday, the WTA repeated what Simon has been saying for more than a week, calling for a full, fair, and transparent investigation “without censorship.”

According to the IOC, Peng held a 30-minute call with Bach, and he recounted in a statement that she is “safe and well, living at her home in Beijing, but would like to have her privacy respected at this time.” The IOC said Bach invited Peng, a former No. 1-ranked doubles player and a three-time Olympian, to dinner when he is town to oversee the troubled Beijing Winter Olympics that open on Feb. 4.

Not only is the IOC now embroiled in this scandal, it has also been widely criticised for going ahead with the Olympics despite alleged crimes against humanity taking place against Uyghur Muslims, Tibetans, and other minorities.

Yaqiu Wang, a China-born spokeswoman for Human Rights Watch, tweeted that the IOC is now “actively playing a role in the Chinese government’s enforced disappearance, coercion and propaganda machinery.” The concerns for Peng from the WTA and so many of its top and retired players — Naomi Osaka, Serena Williams, and Martina Navratilova — and global attention on the WhereIsPengShuai social media movement have put pressure on China, even if the news of her allegations is blacked out at home.

CNN reported that its signal in China had been blocked around reporting on Peng.

A search for her name Monday on Weibo, one of China’s leading social media platforms, produced only a few posts about her, and they don’t refer to the sexual assault allegation or the questions about her whereabouts.

China Open posted a photo with her at Sunday’s youth tournament, but did not mention her in the caption.

Still missing is Zhang. He left public life about three years ago after being one of seven members of the Politburo Standing Committee — the apex of political power in China.

The effort to silence Peng reflects the ruling Communist Party’s determination to squelch criticism of its leaders. Athletes are especially sensitive politically because they are well-known, admired for their achievements, and used to promote the party’s success.

A three-time Olympian, Peng accused Zhang of sexual assault on social media in China, which was immediately taken down on its heavily censored internet. She also described having a consensual relationship with the Chinese official.

She wrote in part: “I know that to you, vice minister Zhang Gaoli, a person of high status and power, you’ve said you’re not afraid. With your intelligence, you certainly will deny it or you can even use it against me, you can dismiss it without a care. Even if I’m destroying myself, like throwing an egg against a rock, or a moth flying into a flame, I will still speak out the truth about us.” The IOC can argue that it’s “quiet diplomacy” worked, and gave China a way to save face. On the other hand, it makes the IOC an active partner in delivering Beijing’s message, without subjecting Peng to an open interview about her allegations.

Although the IOC casts itself as a non-governmental organisation, it’s a sports business — like the WTA or (National Basketball Association) NBA — that generates 91% of its income from sponsors and selling broadcast rights.

The WTA is the first sports body to defiantly stand up to China’s financial clout, a sharp contrast to the IOC, which says it is powerless to intervene in China’s internal policies.

“The statements make the IOC complicit in the Chinese authority’s malicious propaganda and lack of care for basic human rights and justice,” Global Athlete, a lobby group for athletes, said in a statement.

“The IOC showed a complete disregard for allegations of sexual violence and abuse against athletes,” the statement said.

“By taking a nonchalant approach to Peng Shuai’s disappearance and by refusing to mention her serious allegations of sexual assault, IOC president Bach and the IOC Athletes’ Commission demonstrate an abhorrent indifference to sexual violence and the well-being of female athletes.”