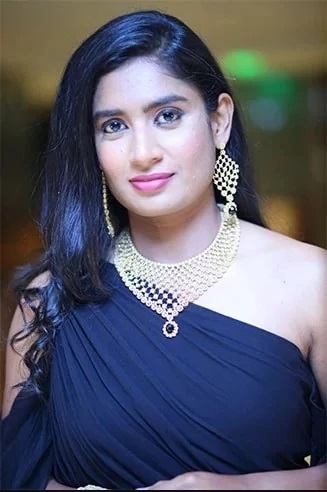 Test and ODI skipper backs the team to do well in the one-off Test in England, India’s first for seven years.

Since her Test debut in 2002, women’s cricket stalwart Mithali Raj has played in all the Tests India have played in. Now, after seven years, the women’s team will play a Test in England next month under Raj. It will be her 11th. The India team, whose only international engagement since the T20 World Cup final loss to Australia in 2020 was a limited-overs home series against South Africa, will also play ODI and T20 series in England.

In a chat, the 38-year-old batter, who is also the ODI skipper, speaks on Indian women playing Test cricket again, the pink-ball Test scheduled in Australia (starts Sept 30) and Ramesh Powar’s return as coach after her clash with him had led to his exit the last time.

India will play a Test after seven years. How tough will it be to play England without any red-ball match practice and after a long quarantine?

It is a way forward, getting a Test after a long gap. It is nice to include it in a bilateral series. In fact, more Tests should be played, they must be made a regular feature. Women’s cricket is followed passionately throughout the world now and generates interest. So, why not have Test cricket back? It is very good for the players to get this sort of exposure.

As far as preparations are concerned, I am sure players were practising individually with an eye on the tour. We will have some days to practise at the ground in Bristol before the Test, we can adjust to the conditions (to play with the red ball).

You will also play a pink-ball Test in September. How significant is that for Indian women’s cricket?

It will be historic. I was thrilled to know we got another Test, and then we’ve never played with pink-ball at night. It will add another dimension to women’s cricket, and hopefully this can continue. I never thought I would get to play the pink-ball Test. We have also not played much cricket at the Western Australia Cricket Association ground in Perth. We’ve seen a lot of men’s and women’s teams play pink-ball Tests. A new chapter will start for us.

Our domestic system doesn’t have red-ball tournaments like earlier. So, how can players prepare and Test their skills for Tests? How can you prepare for pink-ball cricket?

If Test cricket becomes a regular feature, I am sure BCCI would re-think on this and start a red-ball tournament. Right now, I am thinking more about the England tour. The pink-ball Test is still (a few months) away. BCCI will definitely chalk out a strategy to help players get used to pink-ball cricket ahead of Australia.

What memories do you have of the 2014 Test against England?

Our 2014 team had just three players with Test experience – me, Jhulan Goswami and Karuna Jain. We had played a Test way back in 2006 (before 2014). This time we have more players with Test experience like Harmanpreet Kaur, Smriti Mandhana, Punam Raut and Ekta Bisht, along with Jhulan. (In the 2014 Test in England) Jhulan and Niranjana Nagarjan were involved in a 30-odd runs partnership which gave us a useful first innings lead. Eventually we won.

What will be the role of seniors with youngsters like Shafali Verma, Taniya Bhatia and Jemimah Rodrigues making their debut?

It will be exciting to see these youngsters get a taste of Test cricket. We have had team discussions about the tour. It is wonderful to share your experience and prepare them mentally. When we hit the nets, all experienced team mates and the coaching staff will be there to guide the debutants. The way our men’s team won the Test series in Australia a few months ago will motivate us against England.

I don’t dwell in the past. I did meet him and we talked about the tour and team combinations. We have to work as a team along with other coaching staff and see the players do well for the country. My job is to see the team does well and we fare well in the ODI World Cup and finish as winners. Whatever has happened is in the past. I am thinking about future assignments, winning. The pride I feel playing for India is so much I can’t be thinking about past issues.

Losing a parent is a huge loss. As teammates we can only contribute by being there for her in this difficult time. Being in quarantine can be more challenging for someone who has had such a tragedy. It is an irreparable loss. We all have to be strong, take one day at a time.