India’s Ramkumar Ramanathan went down to world No.43 Alexander Bublik of Russia in the first-round of the Qatar open. 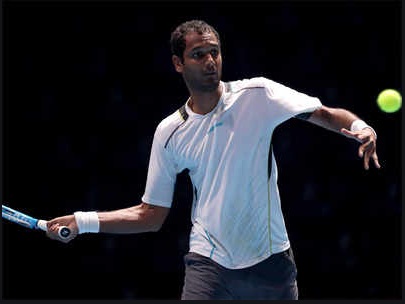 Ramkumar Ramanathan beat world No. 95 Norbert Gambos of Slovakia 6-3, 6-1 to make the main draw of the $890,920 ATP Qatar Open in Doha on Sunday. It was the second victory for Ramkumar over Gambos. Interestingly, he had beaten the same player in three sets in the third and final qualifying round to make the main draw of the Chennai Open in 2014. Ramkumar has already assured himself of 12 ATP points, and $11,270 in prize money. He will face world No. 43 Alexander Bublik of Kazakhstan in the first round of the main draw. A former ATP finalist, Ramkumar has been struggling for form in the past few months. Currently ranked 201 on the ATP charts, the Indian has been mainly plying his trade at the Challenger level. The Indian, not amused by his opponent’s antics during the match, refused to shake hands with the 23-year-old. Instead he appeared to ask Bublik what the constant ‘shushing’ was all about. Ramkumar perhaps took exception to Bublik engaging with his box.

Bublik, typically, fired another return, going after the Indian for making noises when he played his dropshots. “He was shouting when I was making dropshots, I didn’t like what he was doing,” Bublik said.

Meanwhile, India’s top-ranked women’s singles player Ankita Raina, who stunned former French Open finalist Sara Errani in the first round of qualifiers of the Abierto Zapopan Open on Saturday, lost to Switzerland’s Leonie Kung in the second round.

Raina was comprehensively beaten on Sunday by the former junior Wimbledon finalist 0-6, 1-6.

Raina, who made her Grand Slam debut at the Australian Open earlier this year, is ranked 96th in singles and 169 in doubles.

Azarenka is withdrawing from her semi-final match tonight due to a back injury from Qatar open semis.
Roger Federer made a winning return after two knee surgeries.