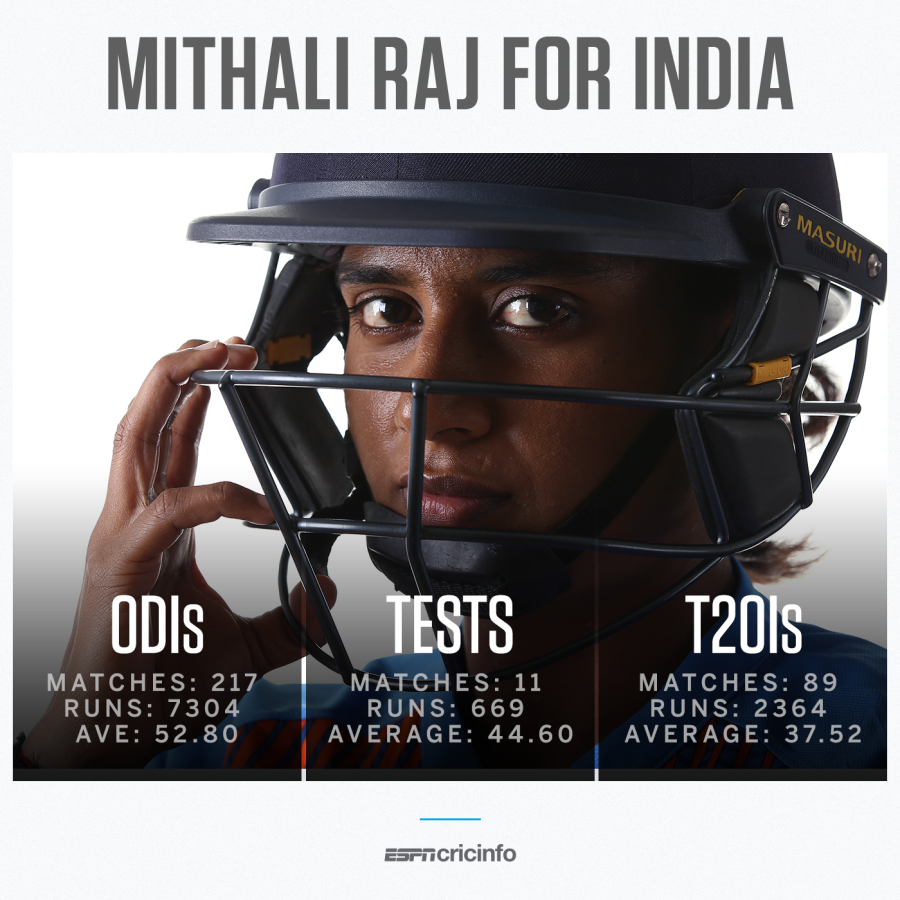 India captain Mithali Raj became the highest run-getter in women’s cricket across formats, overtaking former England skipper Charlotte Edwards on Saturday. Mithali achieved the feat during the third and final inconsequential ODI against hosts England while chasing 220 for a consolation win. The talismanic India batter got to the milestone with a boundary down the ground off Nat Schiver in the 23rd over. Mithali now became the world’s most prolific batter in women’s internationals, overtaking Edwards’ 10,273 runs. Mithali scored an unbeaten half-century, 75 not out, to hand Indian women’s team their first win on their ongoing tour of England.

Mithali’s knock helped India to chase down the 220-run target with four wickets in hand in a rain-affected encounter. The match was reduced to a 47-over contest due to rain.

After the win, Mithali said that she wanted to stay out in the middle and win the match for the team.

“I never gave up in the middle. It’s being in the middle, because you can’t win the match sitting out in the dugout. I wanted to win the game for the team,” Mithali said at the post-match presentation ceremony.

Mithali was full of praise for young all-rounder Sneh Rahan who played a cameo to put India on the brink towards the back end of their chase.

“We just needed one good partnership to take us through. I knew I could manage the game in the middle overs, but when you have young players you have to guide them.

“I have enjoyed chasing. I wanted to be there and win the game for the team, I picked the bowlers to attack and along the way guided Sneh Rana. It is always good to have an all-rounder in the side, she (Sneh) has been phenomenal for us throughout the series,” Mithali added.

Both teams will now face off in a three-match Twenty20 International series.