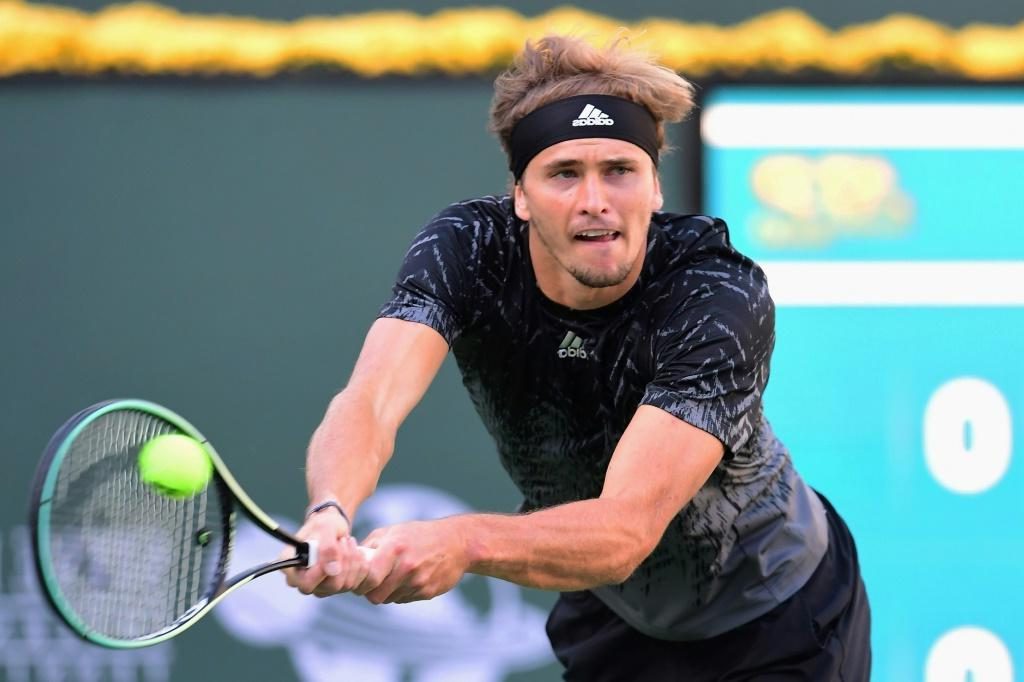 Indian Wells: Alexander Zverev won the clash of the two most recent Olympic gold medallists at the ATP Indian Wells on Tuesday, holding off a fierce challenge from Andy Murray despite an equipment malfunction.

The 24-year-old German advanced to the fourth round, coming from behind in both sets to beat two-time Olympic gold medal winner Murray 6-4, 7-6 (7/4) in the combined women’s and men’s tennis tournament in the California desert.

“I’m happy about the match, how everything went,” said Zverev. “I think it was a very entertaining match. It was pretty high level.”

Zverev won the Olympic gold medal at the recent Tokyo Games and former world No. 1 Murray won gold at both the 2012 London Olympics and in 2016 in Rio.

Murray tossed his racquet several times Tuesday after missing easy shots. The outbursts were in contrast to Zverev, who maintained his concentration in the seventh game of the second set when the laces on his left shoe snapped.

He continued to play with the wobbly shoe but then had to take an extra-long break between games so he could swap out the laces. Murray seized the opportunity for a bathroom break.

Zverev then won three of the next five games which set up the tiebreaker.

Zverev went up 3-0 in the second set tiebreaker, but Murray fought back to get to 4-5 before Zverev finished him off at the net.

“I’m disappointed because I obviously want to be winning these matches,” Murray said. “I haven’t in the last few months. Something needs to change.”

In the night match, second seed Stefanos Tsitsipas of Greece came from behind to defeat Italian veteran Fabio Fognini 2-6, 6-3, 6-4 to reach the fourth round.

The 23-year-old Tsitsipas was runner-up in the French Open this year becoming the first Greek Grand Slam finalist ever.

In the WTA side of the draw, unseeded Shelby Rogers upset US Open runner-up Leylah Fernandez in a marathon three-setter on a day when more top seeds tumbled out.

“It was a matter of who was able to dictate the points,” Rogers said. “Who could get control of the points first.

“She has a bright future. Luck was on my side today, and I look forward to the quarter-finals.”

After they split the first two sets, Rogers hit a backhand winner to break a 4-4 deadlock in the tiebreaker then won the next two points to clinch the match.

The 23rd-seeded Fernandez held serve in a lengthy 12th game of the third set to set up the tiebreaker. She saw off one match point and then got a lucky bounce off the net cord to get the advantage. Fernandez went on to win the game on the next point when Rogers hit a backhand into the net.

Swiatek’s ouster comes one day after No 1 seed Karolina Pliskova and defending champion Bianca Andreescu were bundled out of the tournament in their third-round matches.

Canadian Andreescu’s elimination means there will be no repeat champion in Indian Wells.

Reigning US Open champion Emma Raducanu was eliminated earlier in her first match of the tournament.

The combined WTA and ATP event is normally held in Indian Wells in March but returned this fall after a two-and-a-half-year hiatus due the global coronavirus pandemic. There was no tournament in 2020 and the 2021 event was delayed to this month.