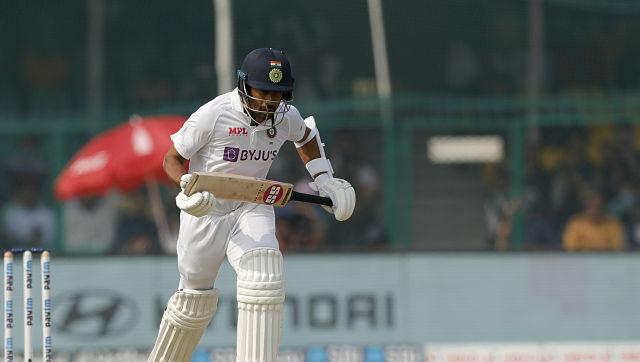 Ahead of the first Test against South Africa in Centurion, then-skipper Virat Kohli spoke about the impending transition. He emphasized on the natural course of things, and how a transitional period is something you cannot force through.

Less than two months later, things have changed and the tipping point was the stunning series loss in South Africa. Kohli is no longer captain, and the selectors have finally pushed through the transition in the Indian Test team. Life comes at you fast! Rohit Sharma will lead India in all formats. AP

Post India’s semi-final exit in the 2019 ODI World Cup, there were heavy ramblings in the BCCI power corridors regarding Rohit Sharma’s captaincy ambitions. Everybody who had anything to do with Indian cricket knew he aspired to be Indian captain in white-ball formats. Even the selectors were of a similar point of view, but they didn’t take action on account of the committee changing personnel.

So, when the new selection committee pushed through this change of plans, helped by Virat Kohli’s T20 captaincy announcement, it didn’t come as any newsflash. What is surprising though is how this whole saga has unfolded with Kohli now an ex-captain, and Rohit suddenly leading India in all three formats. As far as soap operas go, this is a tremendous script.

The drama, though, ends here. It is business time. Rohit already had his plate full with planning for two white-ball World Cups. Now, Test cricket has been added to it. It is of some concern because the Indian team isn’t in the best of health in the longer format. Then again, if everything were hunky dory, Kohli would still be at the helm.

Transitions can be cruel, mind you. MS Dhoni led through one, arguably the most painful period in recent Indian cricket, and it somewhat impacted his captaincy legacy. Whatever India had achieved – home or overseas – in Test cricket prior to 2011-12 was forgotten, but losses and defeats since then were all remembered.

Captain Rohit, in contrast, is new to the job, so he may escape that additional scrutiny. Yet, was there any need to add this responsibility? The answer is sought in what chief selector Chetan Sharma said, regarding the need to create a leadership group under Rohit. Lack of firm captaincy options is precisely the reason Rohit is now Test captain.

Even so, it puts the selectors’ choice under some dispute. What if Ajinkya Rahane hadn’t lost form? What if he were still vice-captain and had only encountered one poor series? Alternately, this middle-order crisis is partially the reason why India’s Test transition has precipitated at this time. Some extra runs from Rahane’s bat, coupled with the series win in Australia, and the narrative, as aforementioned, would be very different.

Were there any other choices? In the short term, R Ashwin could have been the best alternative. India only play nine Tests until March 2023, and barring one match in England, rest are at home (Sri Lanka and Australia) or away in Bangladesh. Ashwin clearly would be in the side for all these games, and you have to wonder if Rohit will play Test cricket beyond 2023. Whether they discussed Ashwin, or KL Rahul, or anybody else is immaterial.

Clearly, the selectors didn’t want to entertain this thought as Chetan Sharma highlighted an unambiguous common consensus in the selection meeting. Indian cricket’s destiny, and the future direction it takes, now rests with Rohit Sharma. Period. The chief selector refused to answer this question in the affirmative, and used the proverbial “doors are still open if you perform in domestic cricket” answer. Truth be told, Indian cricket has moved past at least two of these four names already.

Ishant Sharma had a horrendous time in England and it reflected in the manner he was sidelined during the South Africa series, especially with Umesh Yadav picked ahead of him for the third Test in Cape Town. When a 100-plus Test veteran is merely a passenger for an overseas tour, the writing is on the wall. Sharma has not only lost a huge chunk of pace, but also the ability to hit a nagging line, a hallmark of his bowling in the last third of his Test career. He is no longer the workhorse bowler India needs in the longer format.

Wriddhiman Saha’s case is also straightforward. Apparently, coach Rahul Dravid had already communicated to him the selectors’ decision in South Africa. If the team management wants to move on from a 37-year-old and try out new, younger names, there is nothing wrong in it. This is the very definition of transition. Moreover, Indian cricket is firmly in the direction of playing keeper-batsmen. As good as Saha is with the gloves, his batting doesn’t hit the mark on most occasions. The big question in this matter though, by Saha’s own admission, is just how did the BCCI president guarantee him selection?

At least the proverbial door isn’t closed on Rahane and Cheteshwar Pujara. The duo may be in wretched form, but they are still a tough reckoning for domestic bowlers. Look at Rahane, who has already smacked a Ranji hundred for Mumbai. A few more outings, potentially including county cricket, and they could be back before the year ends. Innumerable cricketers have done so before them, and there is no reason why this pair cannot. Dropping them at this point is the right call, but rest assured, it is not the last we have heard of Pujara-Rahane.

The big question is if the middle order will get more muddled by the time they return. Shreyas Iyer already staked a claim against New Zealand, and it was poor luck that he wasn’t afforded a chance in South Africa. He surely starts against Sri Lanka in the first Test at Mohali. Alongside, Hanuma Vihari ought to get a first look, especially at number three for he can do a similar job to Pujara’s. For the Lanka series, Shubman Gill could be a third-choice opener but when Rahul returns, he will seek a middle-order spot too.

Vital need-to-be-made decisions are coming up in the near future.

A T20 shake-up against Sri Lanka

This T20 series marks yet another step forwards the World Cup later this year. And herein, it is all about who is in and who is out. Virat Kohli and Rishabh Pant have been rested. Sanju Samson and Ravindra Jadeja return. All key permutations and combinations will be impacted by the changeover between these four names.

The absence of Kohli-Pant will open up two batting spots. Shreyas Iyer should get to bat at No 3 in Kohli’s absence. Ishan Kishan is the first-choice keeper-batsman, and if he doesn’t open, Ruturaj Gaikwad will get a look-in. In case, Kishan does open still, then Samson would slot into that middle order. Either way, Samson’s fans should brace for the eventuality that this could be his last chance to crack into the Indian squad for a major tournament.

While the bowling line-up is near similar, Jadeja’s return adds more intrigue. In the series against West Indies, India missed Washington Sundar and went in with two wrist spinners. Rohit likes finger spin, so will he break up the Chahal-Bishnoi pairing already?

As it is, Jadeja is sure to play. He picks himself as a valuable bowling all-rounder and gun fielder, and there aren’t many who match up to him in this category.