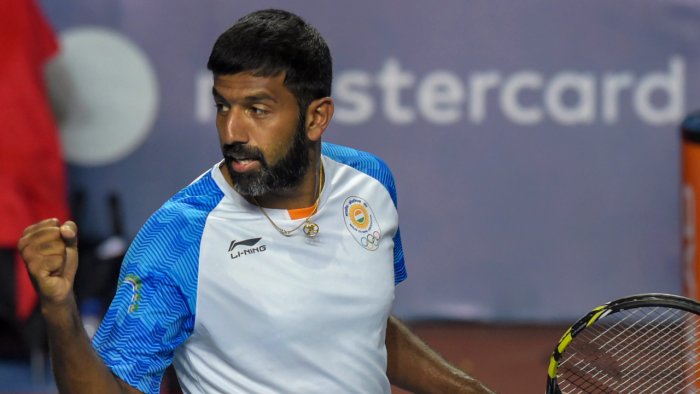 Expectedly, all top three singles players of the country — Prajnesh Gunneswaran (ranked 158), Sumit Nagal (159) and Ramkumar Ramanathan (204) — have been picked for the September 17-18 tie, which will be held on indoor courts in Espoo Metro Areena in Espoo city.

The AITA selection committee had a virtual meeting on Thursday to decide on the team.

Rohit Rajpal will be the non-playing captain of the side and Zeeshan Ali the coach.

Bopnna, ranked 40, will have his doubles partner in Divij Sharan, ranked 82.

The duo could not qualify for the ongoing Tokyo Olympics due to low combined rank.

In the last tie against Croatia which India lost 1-3, Bopanna had paired with Leander Paes. Rest is the same squad.

Bopanna had accused the All Indian Tennis Association (AITA) secretary general Anil Dhupar of misleading him and the nation by claiming that the ITF had accepted his and Sumit Nagal’s entry for the doubles competition of the Tokyo Games.

Bopanna made public his telephonic conversation with Dhupar, putting the audio recording on his twitter page.

Finland has one higher-ranked singles player in Emil Ruusuvuori, who is placed 69th in the ATP chart, while it does not have a player inside top-100.

Finland also has two decent doubles players in Henri Kontinen and Harri Heliovaara, who are ranked 39 and 38 respectively.

Selection committee member Balram Singh told PTI that the recent controversy regarding Bopanna was not discussed by the members.

“There are former players in the committee and they know the value of a doubles rubber point in Davis Cup. Rohan, being our top player, was a natural choice,” Balram said.

“It was just a matter of misunderstanding that a controversy erupted,” he said.

The winner of the tie will qualify for the Qualifiers in 2022 while the losing teams will compete in the play-offs to retain their place in World Group I next year.
Related TopicsTennis