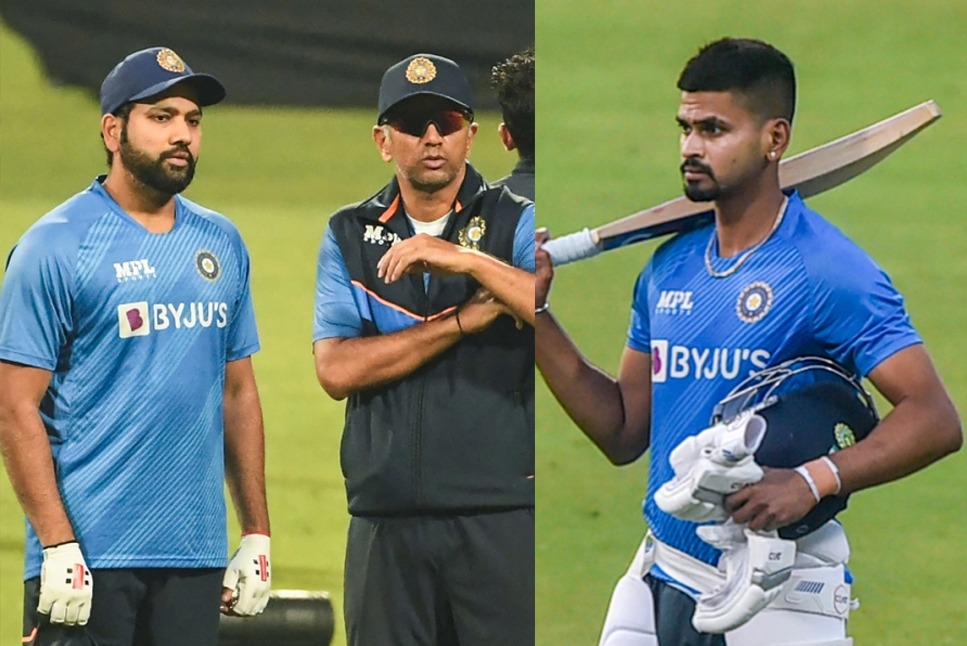 Kolkata: Shreyas Iyer might have been the third biggest buy at the IPL auction but to fit into India’s T20 combination, he would need to showcase all-round skills as that’s what the team is looking for in the middle-order slot, skipper Rohit Sharma has said.

Wednesday was a mixed bag for Shreyas. Around evening, Kolkata Knight Riders unveiled the worst kept secret in the IPL universe by announcing their Rs 12.25 crore recruit as franchise captain for 2022.

By 6.30 pm, however, it was clear that the former Delhi Capitals and new KKR captain isn’t fitting into the specialist batter category in Team India for the T20 game against West Indies.

“Someone like Shreyas Iyer is sitting out, very hard on him to be out and not making it to the XI, but it’s what the team requires. We need that option in the middle, someone who can bowl,” Rohit said, after India’s easy six-wicket win in the first T20 International on Wednesday.

“It’s always nice when you have those kind of competitions going on,” he added.

Skipper Rohit gave a glimpse of what kind of team combination he is looking at in the shortest format and he made the hard but prudent call in picking a ‘360 degree’ player like Suryakumar Yadav along with the less fancied Iyer — Venkatesh, who brings in all-round skills to the table.

“We were very clear with Shreyas, we told him the team wants that option (of an all-rounder) going into the World Cup. They are all smart guys, professionals and they understand the team comes first,” the Indian captain said.

“A lot of things go into deciding the playing XI, the opposition, the conditions, the dimensions of the ground. Yes, sometimes it can be tough for the guys missing out but we are making sure we are giving out a very clear message. Unfortunate but we want to put the team first,” the skipper displayed no ambiguity in his statements.

It is also understood that Shreyas’ technique against the short ball has been a bit susceptible and a lot of work is going into making him correct his body position to deal with express quicks in future.

All those who witnessed a couple of days’ training at Eden Gardens saw how Rohit, himself a fine exponent of pull-shot, was seen explaining to Shreyas a thing or two about balance.

On the eve of the match after regular nets session, Shreyas wore the helmet and didn’t have his pads on but team’s throwdown specialist Raghavendra was seen standing at 10 yards and feeding him with fast but loopy balls, aimed at his helmet visor as he continuously played the pull-shot.

It was an exercise to perfect a particular shot as Rahul Dravid kept a hawk’s eye on the proceedings.

As Rohit had mentioned before the match, IPL dynamics won’t dictate how he builds a team, he walked the talk.

Add to it Deepak Hooda’s Rs 5.75 crore and Kuldeep Yadav’s Rs 2 crore base price, India’s reserve bench was worth more than Rs 50 crore.

“When the guys who are missing come back it’s going to be very challenging to make the playing XI. But I’m happy with that challenge rather than not having players,” Rohit said.