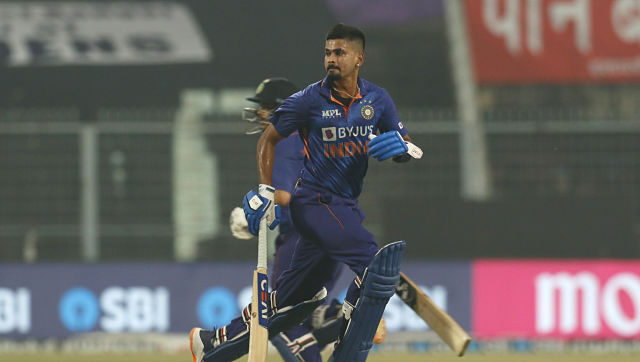 A target of 200 and victory margin of 62 runs in a T20 game is humongous. It is almost as if the two teams are not operating on a level-playing field. For much of the first T20, it was precisely the case as India coasted to a 1-0 win in third gear.

From a Sri Lankan point of view, this is going to be a long tour. They are coming off a 4-1 defeat against Australia, and now the change in conditions has been sudden. There is no time for adjustment in international cricket, even when the away playing conditions are near-similar to your home conditions. Not to mention, the Lankans are missing two of their prime bowlers, one of whom is their star all-rounder.

The thumb-rule for cricket, or any sport rather, is you can only beat the opposition in front of you. You don’t really get to choose your opponent. So, regardless of whether you are playing world champions Australia, or Zimbabwe, you get on with the game. You do a professional job within the boundary and make yourself, and your team proud. Get that win, no matter who the opposition is.

It is precisely why Deepak Hooda will remember this game. To him, it won’t matter if Sri Lanka is currently a pale shadow of their once-glorious past. All that he cares for is his debut cap, handed to him by one of the white-ball greats Rohit Sharma, and playing under his leadership. Of course, it was only by chance that Hooda got his first T20I game. For, India had planned a different approach in Lucknow.

Just before the toss, news broke that Ruturaj Gaikwad had injured his wrist and would be unable to play in the first game. Skipper Rohit Sharma then confirmed at the toss that Gaikwad’s injury meant Hooda got a game as India struggled for batters.

If you roll this back in assumption that Gaikwad was fit and available, then India’s batting order would have looked very different. He would have opened the innings with Ishan Kishan, with Shreyas Iyer slated in at number three, and Rohit dropping himself down in the absence of both Rishabh Pant and Suryakumar Yadav. It is even possible he could have come in at number five to give the returning Sanju Samson a go at number four. This is no mere assumption, mind you.

Indian cricket isn’t usually in the habit of making so many changes. But of late, there has been a tendency to break away from this mould under the previous regime. The Rohit-Rahul Dravid combination is taking experimentation just for what it is – mixing things up and trying different combinations keeping the 2022 T20 World Cup in mind. They do not adhere to plastic changes, or making cursory replacements, just for the sake of it.

There is a method to this madness. If you go by that aforementioned re-drawn batting order, it reflects on two things. One, how the team management wants Indian batting to shape up for the T20 World Cup, and two, how there are pre-defined roles even in a secondary batting line-up. There is clarity of thought, which is somewhat unprecedented as far as India’s preparations for any ICC tournament are concerned.

So, let us inevitably shake down that line-up and get out the conclusions. Kishan is obviously being groomed as a third-choice opener behind Rohit-KL Rahul as well as second-choice keeper to Rishabh Pant. Ruturaj Gaikwad will get his chances as opener, should there be an unforeseen injury. Shreyas Iyer then comes in at number three – he is the understudy to Virat Kohli.

Sanju Samson is auditioning for a role Down Under because bigger grounds will need batsmen who can hit big as well as manoeuvre the field. It remains to be seen if he will make the cut when Pant and Suryakumar Yadav both come back. Ravindra Jadeja provides the all-round balance along with Venkatesh Iyer, who is now firmly fixated at number six in the finishing role.

This is India’s batting strategy – their plan A and B, their first and second choice batting line-ups, two players for every position and every role pre-defined. All that remains to be seen is who makes the final cut for a trip to Australia. This series will go a long way in deciding that.

Kishan has perhaps already secured his flight to Australia. When Rohit talks about having set plans for the World Cup, his name definitely features in there. Rohit has seen Kishan from such close quarters in the IPL and understands what he brings to the table to a greater degree, that he sees him as a good fit in the current role the Jharkhand boy performs for India.

Against West Indies, the left-hander was perhaps subdued, striking the ball only at 85.54 in three matches. Perhaps he had been informed of his role and it mentally impacted him. In the absence of Rahul, he didn’t want to let go of the opportunity to cement his spot and that led him into a shell.

One of the key traits of Rohit’s captaincy so far is backing the players for a longer term. He has spoken publicly about it, and it is seen amply in Kishan’s case. By his own admission then, it was a very different opening batter taking the field against Sri Lanka as he smacked a 30-ball half-century. Despite struggling with cramps later in his innings, Kishan struck the ball at 158.92.

This, right here, is the impact IPL has made for Indian cricket. Gone are the days when youngsters needed more time to adjust their games to the demands of international cricket. Now, they encounter different situations within days on the bigger stage, and come prepared for it. The same can be said of Shreyas as well, who also raced to a half-century on the day, and a more unexpected one at that.

Shreyas’ case is a weird one. Post the 2019 World Cup, he was on a high, having cemented his spot in the Indian middle order across both ODIs and T20Is. He was also Delhi Capitals’ captain and led their resurgence. Injury cut back his progress and both India as well as his IPL franchise made plans for life without him. Shreyas had to start from scratch again.

It is why, despite being a current IPL captain again, he is still awaiting his chance. He is a different batter than both Pant and SKY, but it doesn’t mean he cannot get the job done at number four or five. But there are three batsmen competing for those two spots. Both Pant-SKY have the ability to hit from ball one, while Shreyas is more of an accumulator initially. It is why the duo has stolen a march, and he has been relegated to the bench.

In Kohli’s continued absence then, Shreyas is getting a chance to bat higher up at number three. And he has shown what can be done, probably also giving a preview of how things will shape up for Kolkata Knight Riders this coming IPL season.

From an international standpoint though, you can only make use of the chances given, and Shreyas is not one to let this opportunity go.