India vs South Africa: Disappointing to lose points due to slow over-rate, need to get better at it, says Dravid 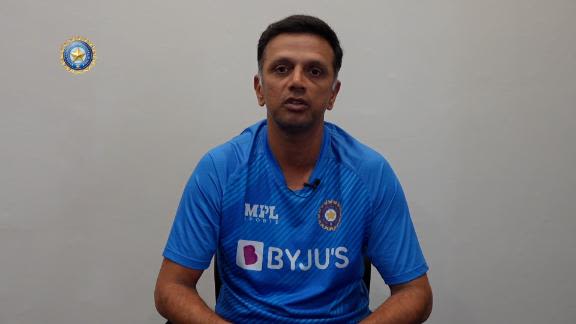 Johannesburg: India head coach Rahul Dravid on Sunday admitted his team needs to do better at maintaining over rate after being docked one WTC point following the first Test against South Africa in Centurion though he felt “leeway” can be given in certain cases.

Points deduction from the World Test Championship tally for over-rate offences could prove costly for any team in its bid to reach the final.

England were recently fined eight WTC points for being eight overs short in the Brisbane Test against Australia.

“The ICC is trying something obviously. It does feel harsh as a coach and it does feel a bit tough at times but it certainly gets us thinking, gets us wanting to quicken it up,” said Dravid ahead of the second Test here.

Dravid said he doesn’t mind the new rule put in place by the ICC but officials must have full understanding of situations before they decided to dock points.

“The ICC is trying to go down the points route which I am fine with…as long as there is a bit of leeway and bit of understanding when the game is on. We had a few injury issues last time…of course we were given some leeways but sometimes it’s not exactly, it’s difficult to pinpoint how many minutes you lose.”

Explaining the areas which the team can work on to get better regarding over rate, Dravid said, “When you have Bumrah roll over an ankle and the physios got to go and spend a lot of time (in the middle). There were other issues with the ball change last time.

“So you know there were a few small areas that maybe we can get a little bit better at but as a principle, we are fine with it, we just need to react and respond better.”

The fact that India are playing four seamers is not helping their over rate, which is not the case when they play at home with spinners playing a much bigger role.