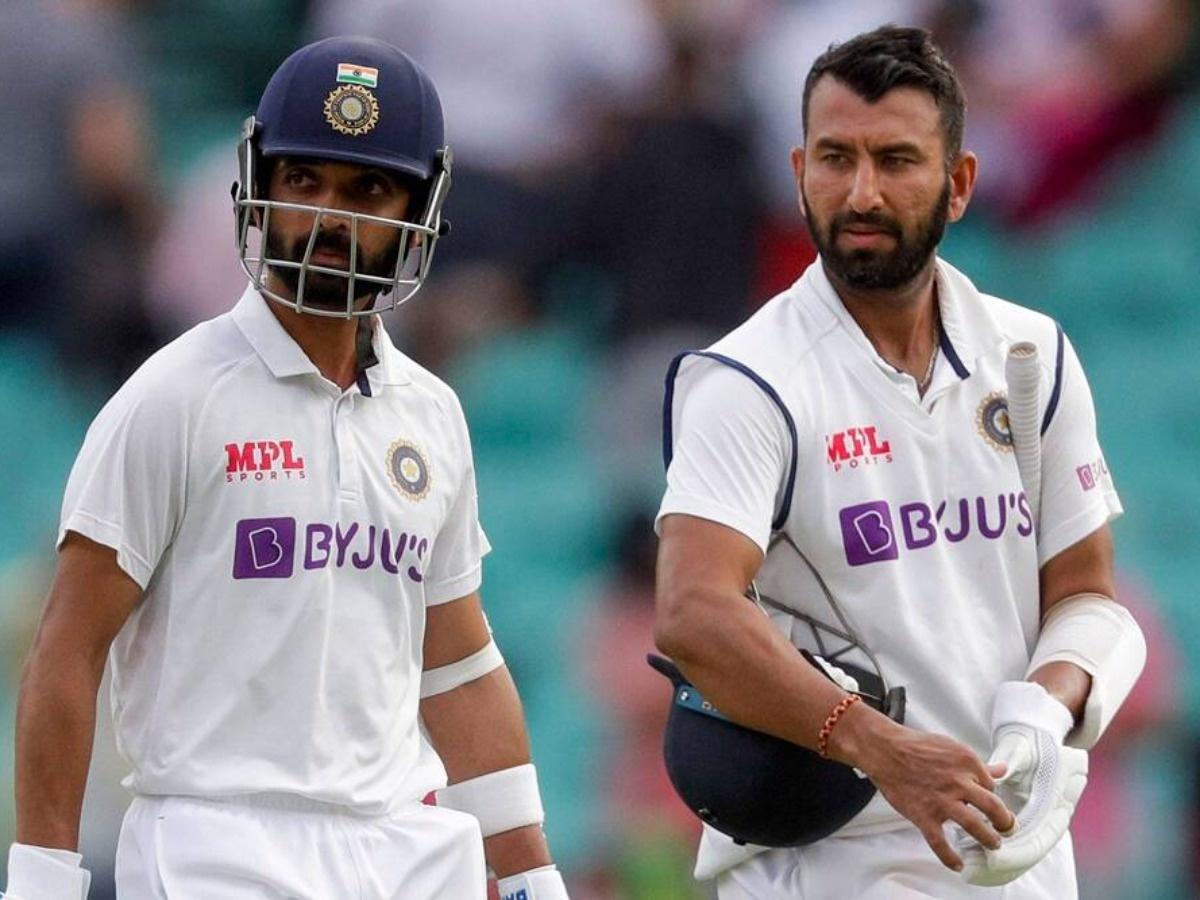 Cheteshwar Pujara and Ajinkya Rahane’s saga of failures compounded a shoddy batting performance by India even as stand-in skipper KL Rahul impressed with a defiant show amid the ruins on the opening day of the second Test against South Africa on Monday. Rahul’s patient 50-run knock on a day when India missed Virat Kohli due to back spasms and Ravichandran Ashwin’s cavalier 46 at the rear end ensured that India scored 202 in their first innings on a bouncy Wanderers track.

At stumps, Mohammed Shami sent back Aiden Markram even as Dean Elgar (11 batting) and Keegan Peterson (14 batting) took South Africa to 35 for 1. It could have been two down had Rishabh Pant snapped Peterson off Jasprit Bumrah, which seemed a regulation catch.

Worse, Mohammed Siraj hobbled off with what looked like a hamstring strain and if it’s bad news, then India would be left with four bowlers.

However, a lot of blame should go to India’s batters as some like Pujara didn’t show intent to score while others like Rahane seemed completely short of confidence.

It prompted the legendary Sunil Gavaskar to say it as it is on air, “I think the next innings will be their last chance.” Having given up hopes to play for England, Duanne Olivier (3/67 in 17 overs), playing his first game for South Africa in three years, dismissed Pujara (3 off 33 balls) and Rahane (0) off successive deliveries to make it difficult for the Indians.

Marco Jansen (4/31 in 17 overs), with his giant frame, created awkward lengths for every Indian batter while Kagiso Rabada (3/64 in 17.1 overs), despite not being at his best, got wickets when it mattered.

In his first game as captain, Rahul concentrated hard as he played 133 deliveries. He was peppered with short balls. He would sway to some and duck the others while pulling the ones that he could.

His back-foot driving was majestic and he rode the bounce while going for the flashy cut shots.

Such is beauty of sport that Rahul, who till five months ago wasn’t supposed to start as an opener in England, is now being groomed as an all-format India captain.

If the first day composure is any indication, he won’t do a bad job.

But then there was a moment’s indiscretion when he played one pull shot too many and holed out in the fine leg region.

Prior to that shot, the occasional pull that he played, Rahul rolled his bat over and tried to keep it down the ground but in this case, he got under the Jansen short ball and didn’t get the required elevation. He had a nice little partnership of 42 runs with Hanuma Vihari (20) before an inspirational close-in catch from Rassie Van der Dussen at short leg sent the latter back.

At the start, Mayank Agarwal (26) looked fluent in the first hour with five boundaries before Jansen pitched one in the spot from where it wasn’t on drivable length as it climbed on. The opener went for a drive only to edge that to wicketkeeper Kyle Verreynne.

Rahul, on his part, survived strong caught behind and leg before appeals which were negated by debutant umpire Allahudien Palekar, someone who impressed on debut.

But what would disappoint Pujara and Rahane most is that on a day when they should have taken more responsibility in Kohli’s absence, they couldn’t even inject a sense of positivity in India’s approach.

The manner in which Pujara hopped and skipped to rising deliveries actually would have made the dressing room feel jittery about demons in the pitch which wasn’t the case. But there was definitely seam and bounce which one expects here in South Africa.

He once again got into a shell and was very uncomfortable against steep bounce which finally became his undoing.

Olivier’s natural back of length deliveries were perfect recipe for disaster as he fended one that was wide of the short leg fielder but the next one lobbed up to the man at point for an easy catch.

Rahane’s dismissal was that of a player, whose confidence has been torn to pieces.

The ball pitched on the fourth stump channel, created indecision on whether to play or not and Rahane dangled his bat for the catch to be taken in the slips.

This match will certainly not last the distance and if they can’t make a difference in the second innings, the enormous patience that the Indian team management has shown towards them will definitely start wearing thin. PTI KHS PM PM