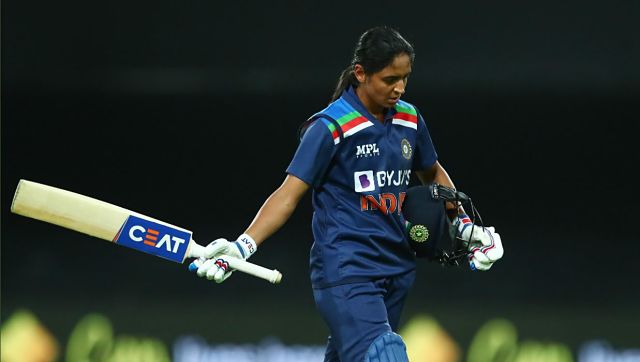 Queenstown: Harmanpreet Kaur struck a much-needed half-century to get back among the runs as the Indian women’s cricket team finally managed to beat New Zealand in the series-ending fifth ODI for a consolatory six-wicket win in Queenstown on Thursday. Harmanpreet must be relieved after scoring her first fifty in close to 12 months. Twitter @BCCIWomen

The Indian bowlers, who under-performed prior to the game, finally got their act together to limit New Zealand to 251 for nine in 50 overs.

India chased the down the target in 46 overs courtesy Harmanpreet’s 63 off 66 balls and Smriti Mandhana’s 71 off 84 balls. Skipper Mithali Raj remained unbeaten on 57 off 66 balls.

Having lost the one off T20 and first four ODIs, India badly needed a win to gain some momentum going into the ODI World Cup next month.

The spinners, who struggled to provide the breakthroughs, shared seven wickets among themselves on Thursday.

Deepti Sharma, Rajeshwari Gayakwad and Sneh Rana took two wickets each while pacer Meghna Singh too was impressive in the five overs she bowled.

Star batter Mandhana, who had missed the first three ODIs and the T20 due to an extended stay in quarantine, also got some valuable time in the middle.

The ICC Women’s Cricketer of the Year collected nine fours in her 84-ball effort.

Harmanpreet must be relieved after scoring her first fifty in close to 12 months.

She was dropped from the previous game after a prolonged lean patch and came under heavy criticism from former players including ex captain Diana Edulji.

She used the sweep shot effectively to collect a bunch of boundaries before using a pull shot to reach the half-century.

The Indian team needs to be consistent with performances like they put on Thursday if it is to challenge for the world title.

“We have improved over the last few games we have played, that’s a good sign before the World Cup. Was important to have the right preparation before the big tournament. Unfortunately we couldn’t get the camps in India due to the rising Omicron cases,” said Mithali in the post-match presentation.

“The wicket seemed batting friendly, but the bowlers did well today. Something that we need to work more on is our fielding. When I retire after this tournament, I will see that the squad is far more stronger with the upcoming new talent,” she added.

Virat responds to Yuvraj’s letter: ‘Your comeback from cancer will always be inspiration for people’
On This Day: Chris Gayle slams first-ever double century at ICC Cricket World Cup