India vs New Zealand: From Ross Taylor to Ajaz Patel, Kiwi players to watch out for in Tests 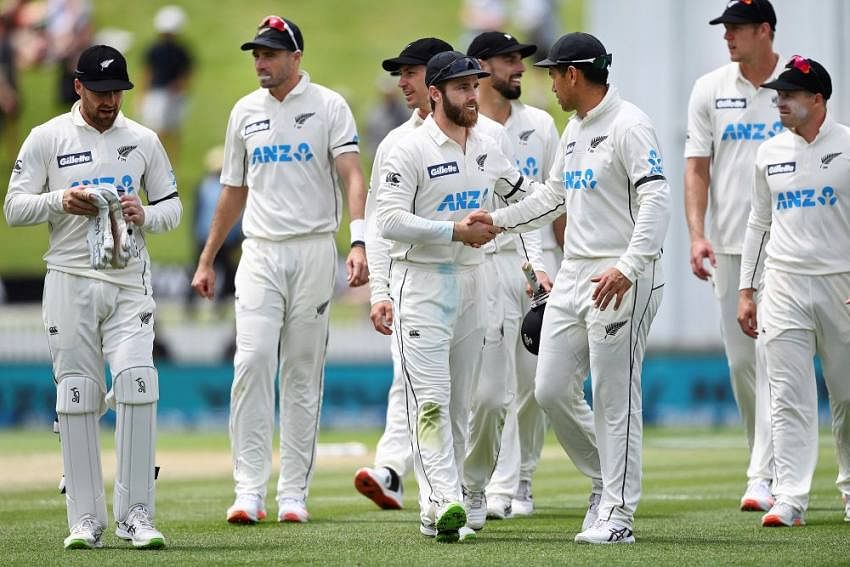 The time is nigh for the India-New Zealand Test series to kick-off, and for the Kiwis most importantly, they will be looking to claim that one Test win that has eluded them since 1988.

Kane Williamson is set to return to lead the side after being rested for the India T20Is. New Zealand named a spin-heavy side that included as many as five spinners, so we should be in for an interesting two match Test series.

New Zealand also have in their ranks the experienced Ross Taylor, who will continue to be one of the central figures over the next two weeks.

Here are five New Zealand players to watch out for ahead of the Test series against India:

There’s no need for an introduction to New Zealand’s all-format skipper Kane Williamson. After a disappointing Indian Premier League (IPL) campaign with Sunrisers Hyderabad (SRH), Williamson led New Zealand to the T20 World Cup 2021 final, where they succumbed to a powerful Australian outfit in Dubai. Williamson was among the runs with scores of 49 and 52 not out as he led New Zealand to a memorable World Test Championship title win over India in June, but he couldn’t replicate the same with the T20I side as Australia comfortably chased down the target of 173 with eight wickets to spare.

Following a hectic schedule and another important Test series against India coming up, Williamson decided to give the India T20Is a miss, to focus on the upcoming Tests. Tim Southee was named skipper as result for the series, (Although Mitchell Santner stood in as skipper in the final T20I) but his side endured a disappointing 0-3 clean sweep against India.

Nevertheless, Williamson will be coming off a much-needed break, ready to get going again.

Against India, Williamson has a decent record. He’s scored 829 runs in 12 matches at an average of 39.47 in Tests. He was dismissed in all the four innings he batted in, by R Ashwin the last time NZ toured India in 2016. He will be looking to step up and lead from the front this time around to provide solidity and stability in that middle order.

Williamson is known for bringing a sense of calm within the team, and also in pressure situations, he’s been the batting mainstay for the Kiwis. He holds the highest average for any Kiwi batter in Tests (53.95), with a total of 7230 runs from 85 matches.

The 26-year-old Kyle Jamieson, at 6 ft 8, is known for the awkward bounce he generates at times, and since making his Test debut against India in 2020, he has gone on to become one of the premier bowlers in the side.

Jamieson impressed on his Test debut, picking four wickets against India at home in 2020.

Jamieson ended as the third-highest wicket-taker in that series against India, with nine scalps to his name. Since then, he’s taken 37 more wickets in his eight-match career with best bowling figures of 6/48, which came against Pakistan earlier this year. In that same match, he had claimed a five-wicket haul, speaking of which, he has a total of five five-wicket hauls to his name.

He’s also a handy lower-order batsman who can contribute crucial runs down the order and frustrate the opposition, as he’s shown against India in Tests so far. Jamieson has scored 114 runs from three matches while having taken 16 wickets so far.

With his accuracy, pace and ability to generate bounce, he could be a lethal weapon for the Kiwis.

The ever-dependable Ross Taylor is one of New Zealand’s most experienced Test cricketers, Among the current lot, he has scored most runs against India. From 15 matches, he’s aggregated 870 runs at an average of over 34. He would look to improve upon that moderate average this time around. But what makes him reliable is his ability to read the match situation and adapt to it. Having said that, he tends to perform well for the team when it matters the most.

Just like Williamson vs Ashwin, Taylor vs Ashwin battle is also going to be fascinating to watch. He does not want to give away his secrets of facing the premium Indian spinner yet.

“I don’t want to give my secrets away just here (on being asked what’s his plan for Ashwin). I don’t know what line-up India decide to go with, Axar Patel played a big role against England,” Taylor said recently in a virtual press conference.

Nevertheless, one can expect Taylor to put up his best as he very often does, and will be interesting to see how he can live up to his own expectations on Indian soil.

A newbie to international Test cricket at the age of 37, when many of the players tend to hang up their boots, right-arm off break bowler Will Somerville, has had an impactful start in the New Zealand Test jersey, picking 15 wickets from four matches.

Having made his Test debut against Pakistan in 2018, Somerville had an instant impact picking up figures of 4/75 in Pakistan’s first innings, and followed that up with figures of 3/52 in the second as New Zealand went onto win by 123 runs.

Born in Wellington, Somerville opted to move to Australia as a child, where he played junior cricket for Sydney’s Eastern Suburbs before making his move back to New Zealand to get more opportunities. And after making his first-class debut for Otago in 2005, he moved back to Sydney where he played Grade cricket. He was selected by the New South Wales in 2014-15, but faced stiff competition with Steven O’Keefe and Nathan Lyon for a spot.

His breakout season came in 2016-17, when he picked up 35 wickets in the Sheffield Shield tournament.

With New Zealand having named a spin-heavy squad, it is expected Somerville will be the second choice spinner after Ajaz Patel and will play a huge part in the Tests and provide some breakthrough performances.

Much like Somerville, Ajaz Patel kickstarted his international Test career lat at the age of 30. And much like Somerville, he scalped seven wickets in his Test debut, again, against Pakistan. This included a five-fer in the second innings, where he got rid of the likes of Babar Azam and Sarfaraz Ahmed.

Many may not know that he was born in Mumbai in 1988 before migrating to New Zealand with his parents in 1996.

He started as a pacer but later in his twenties, he decided to switch to spin. He made his first-class debut for Central Districts in 2012 and has taken 194 wickets in 45 first-class games.

Against India, he played only one Test in February last year, where he ended wicketless, but will hope to play a more pivotal role this time, with spin set to make things interesting.

On This Day In 2019: India Win First Day-Night Test At Home Vs Bangladesh
India vs New Zealand 1st Test Day 1 Report: India 258 For 4 At Stumps In Kanpur