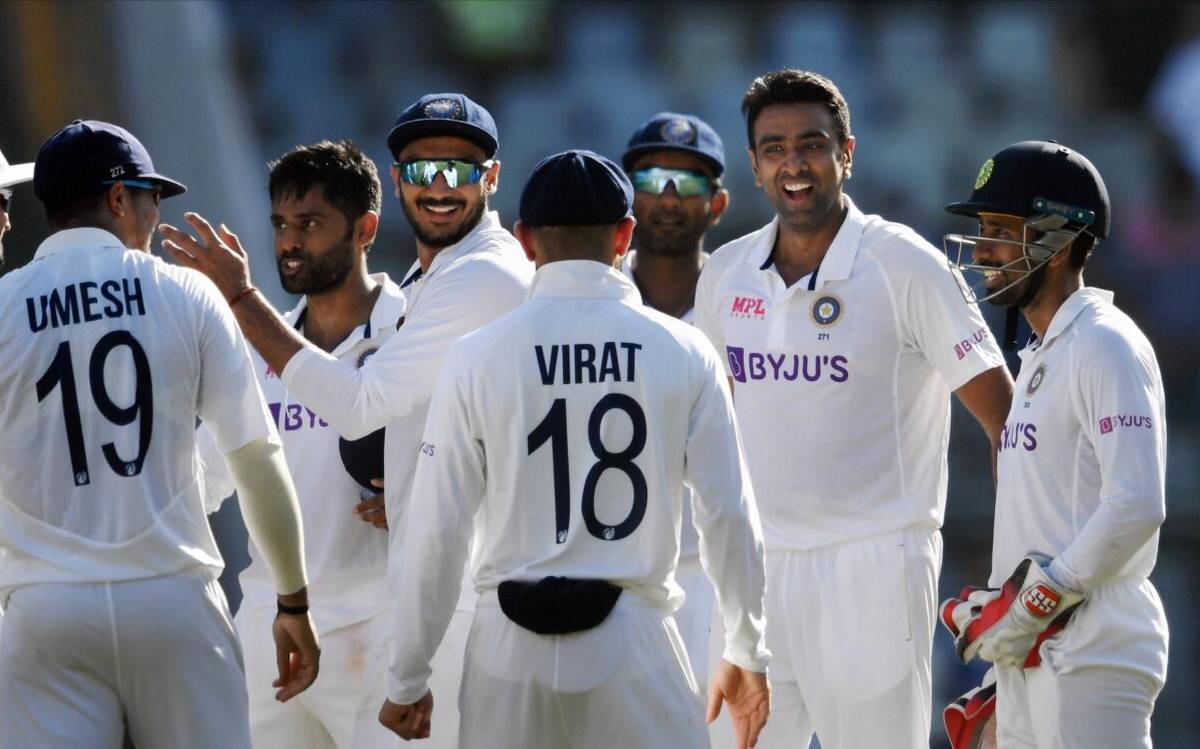 India’s middle-order worries going into South Africa series remained but that didn’t deter Ravichandran Ashwin from turning the heat on as his three quick blows left New Zealand tottering at 140 for five in pursuit of an impossible 540 on day three of the second Test. While Daryl Mitchell (60 off 92 balls) and Henry Nicholls (36 batting) added 73 runs for the fourth wicket, there is no denying that India in all likelihood will finish it early on the fourth day with Ashwin (3/27) looking menacing after every passing over. What will hurt New Zealand team most in this defeat is the fact that this is the game where one of its own — Ajaz Patel, equalled the world record and grabbed a match-haul of 14 wickets, something that no one has ever done against India in Test cricket.

The tall Mitchell at least tried to use his reach to counter Ashwin and also attack Jayant Yadav and Axar Patel but looked more like the last man standing, trying to delay the inevitable before a rush of blood saw him being holed at deep extra cover. Tom Blundell had a suicidal runout going for a non-existent single.

But it was Ashwin, who again got the new ball and immediately got into the act by removing skipper Tom Latham with an angular delivery while Will Young gave bat pad to forward short leg and Ross Tayor, who has been a walking wicket, failed miserably in his attempt to slog sweep the wily off-spinner.

There was one over where Ashwin literally toyed with left-handed Nicholls who couldn’t gauge which one would turn away like a classical off-break and the one that will straighten or come in with the angle.

But there will be some issues that would need coach Rahul Dravid’s urgent attention.

For India, even in what could be a facile victory, the wobbly middle-order would keep them worried going into the South Africa series.

Ajinkya Rahane failed in the first Test and had to be dropped on pretext of a hamstring niggle. Cheteshwar Pujara had three bad innings and one where he looked better but that was after the pressure was released by the bowlers.

Skipper Virat Kohli, whose primary aim of not enforcing follow-on was to get some batting time under his belt, also didn’t look confident during a scratchy innings of 36 off 84 balls.

India declared their second innings at 276 for 7 after Axar hit four sixes and three fours in his 41 off 26 balls to prop up the innings towards the end.

Their confidence already shattered, the New Zealand bowlers conceded as many as 25 fours and 11 sixes in the 70 overs they bowled in the second innings. In fact, all Indian batters save Wriddhiman Saha hit at least one six.

Kohli’s idea of batting again was partially successful because Pujara did look good during his 47 and Mayank Agarwal (62, 108 balls) did his cause no harm by smashing another half-century to top up his first innings score of 150.

The duo added 107 runs for the opening stand to add insult to New Zealand’s injuries and it was compounded by another 82 runs that Shubman Gill (47) added with Kohli.

Save a six that he hit off opposition’s weakest link, Will Sommerville, Kohli for the better part of his 84 balls didn’t look convincing before playing on to a friendly left-arm spin from Rachin Ravindra, who also had three wickets.

Agarwal was looking good for his second hundred of the game but in his bid to hit another six off Patel he could not reach to the pitch of the delivery and Will Young comfortably took the catch at long-off.

For Pujara this was the best chance to get a fifty and increase his confidence before the tour of South Africa.

He survived a strong DRS appeal but then one delivery that was pitched slightly fuller and turned, got his outside edge and went to Taylor’s safe hands in the slips.