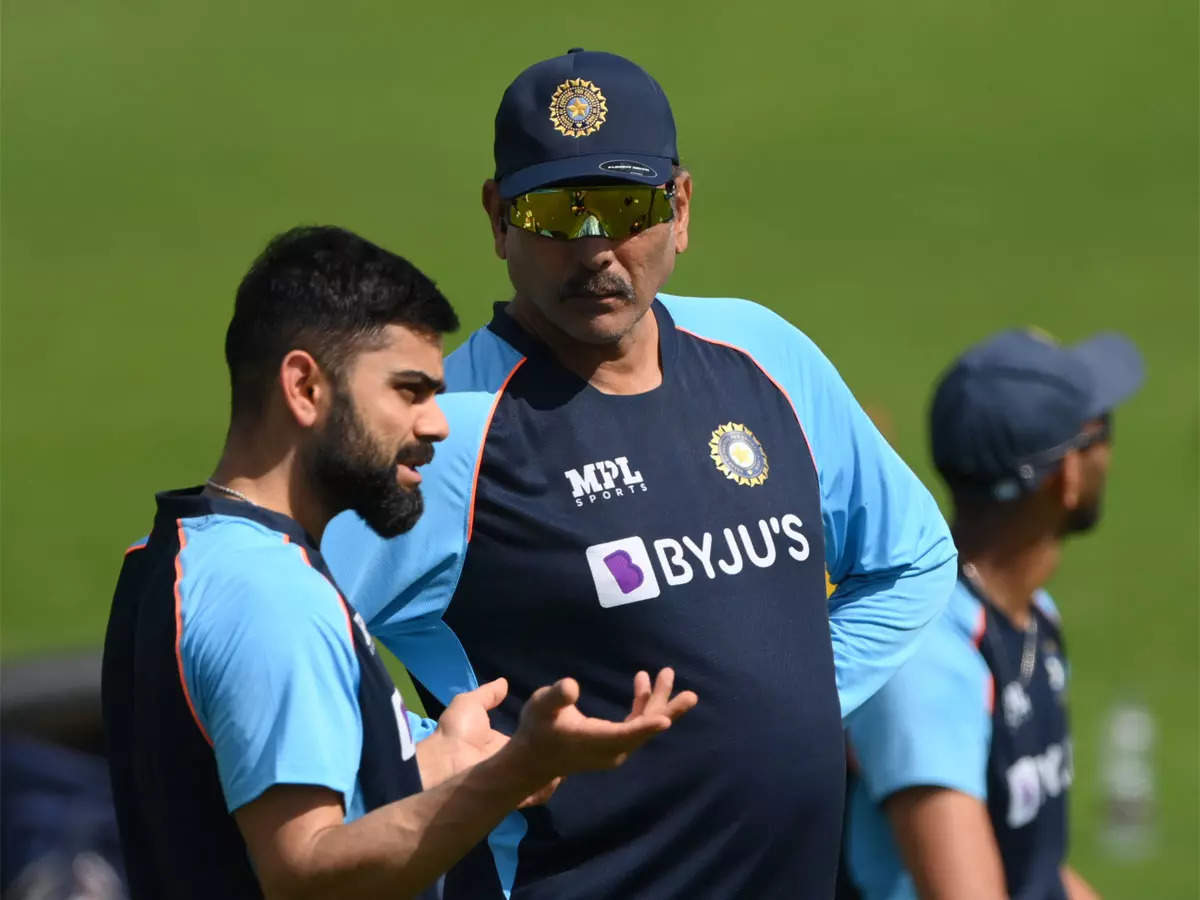 London: India head coach Ravi Shastri would like his team to take inspiration from its Lord’s Test win rather than think about the humiliating defeat at Leeds ahead of the fourth Test against England, starting at The Oval on Thursday.

Shastri admitted that getting out for 78 on the first day became decisive in the final context of the third Test but the series is still “wide open”.

“It’s very easy, you just go back to Lord’s. Just think Lord’s, forget the last one. As simple as that. I know it’s easier said than done but we should remember your good moments as well. Such things happen in the game,” Shastri told Times Now Navbharat while promoting his new book ‘Stargazing’.

Shastri spoke about how one should take the positives from the Lord’s Test where they were in a weaker position at the start of the fifth day before turning the tables. Cheteshwar Pujara speaks with Ravi Shastri during a training session ahead of the fourth Test at The Oval. AP

The head coach was happy that India batted better in the second essay when they managed to score 278.

“Even though we showed glimpses of a fight in the second innings, I think that first, you know, early dismissal of our players and getting all out for 78 played its part. But this series is wide open.”

In his inimitable style, the former India all-rounder said that anyone which discounts Virat Kohli and his men should do so at their own peril.

“If anyone thinks that this Indian team is going to back off, they have another one coming because at 1-1, we are playing overseas, the pressure is on England. “They have to win in their own country. We have done what we had to do with them in India. So, the ball is in their court and we will fight, there’s no question about it.”

IPL: BCCI to get richer by Rs 5,000 crore with addition of two new teams, says report
India vs England: After Lord’s loss, hosts ‘calmed the emotions down,’ says Paul Collingwood