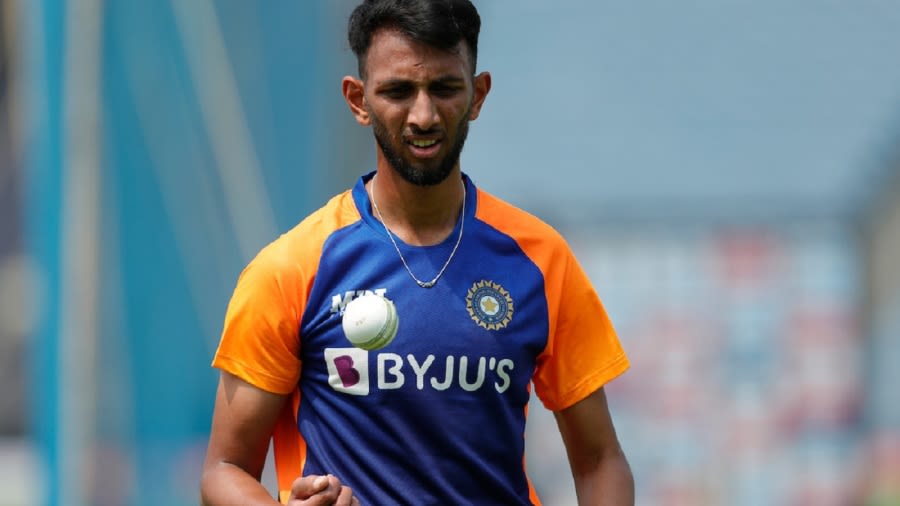 London: Karnataka speedster Prasidh Krishna, who has been on standby with the Indian team for the past three months, was on Wednesday added to the main squad ahead of the fourth Test against England here.

The decision is an indication that Prasidh could be in line for a first XI call-up either at the Oval or in Manchester with team management keen to monitor the workload management of Jasprit Bumrah, Mohammed Siraj and Mohammed Shami.

“The All-India Senior Selection Committee – based on the request of the team management – has added fast bowler Prasidh Krishna to India’s squad for the fourth Test,” BCCI secretary Jay Shah stated in a release.

The 25-year-old has played only nine first-class games with 34 wickets in his kitty and earlier this year played three ODI matches at home against the same opposition, taking six wickets.