India Vs England (India needs 381 on final day to win) 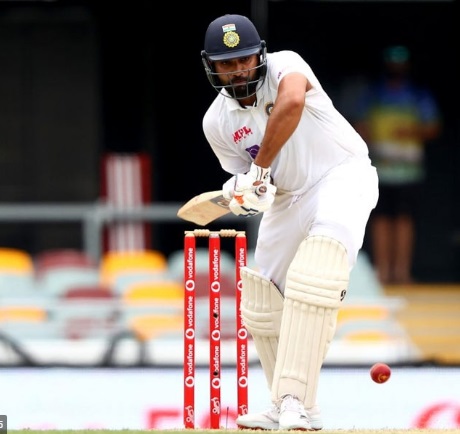 Starting the day on their overnight score of 257/6, India were all out on 337 runs in their first innings. Though the hosts were 42 runs short from the follow-on, the visitors decided to not enforce the hosts to follow-on rather than chose to bat again.

While England were bundled out for 178 runs in their second innings, they set up the 420 runs target for the hosts. At the stumps of the day, India scored 39/1 as they are 381 runs away from the target.

STUMPS ON DAY 4! The end of another intense day of Test cricket at the Chepauk. The star of the day was R Ashwin who picked his 28th five-wicket haul in the longest format. England, after setting India a target of 420 runs, will be happy to have the wicket of Rohit Sharma heading into day five. It promises to be another fascinating day of cricket on Tuesday as India will look to bat out 90 overs.

In another day dominated by England in the larger scheme of things, the visitor struck India with an early blow in its chase in the form of Rohit Sharma. Jack Leach’s jaffa castled the Hitman and jeopardised India’s plans for a smooth start.

India’s bowlers, Ashwin and Ishant Sharma had their moments on the field with their record-breaking hauls. As Ashwin, notched up a 28th five-wicket haul, the paceman picked his 300th Test wicket to enter the record books.

With 381 runs needed on Day 5, a win is highly improbable with reference to history. But as we keep up with the trends of the times, this game could sway to different corners.

He won his battle against Jofra Archer by pulling him ferociously for a six but Rohit falls in the next over. Leach is having a good day having been hammered yesterday. He pitches it on a good length and sees the ball turn and beat Rohit’s outside edge to crash the offstump. What a wicket this is for the visitors. They are pumped!

A reward for perseverance for Ishant Sharma who went to 300 Test wickets after trapping Lawrence lbw.

Kapil Dev and Zaheer Khan are the only India seamers with more scalps with the red ball. By the end of this series, he may have even the split the pair.

It should not go forgotten how unlikely such a landmark has often looked during his career.

Ishant was overworked in his early years, underwhelming during the middle, yet he is now performing like a well-aged claret.

He has been the outstanding seamer of the match, out-performing James Anderson, Jofra Archer and teammate Jasprit Bumrah for his consistency.