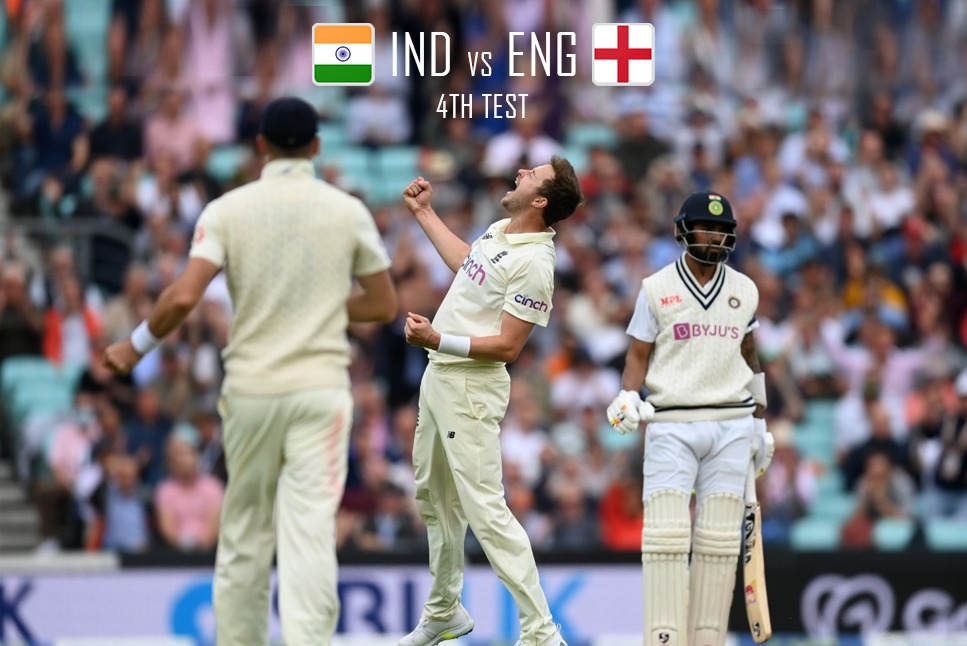 India recovered well through a fighting half-century by Shardul Thakur as they ended at 191 all out in their first innings in the final session on Day 1 of the fourth Test at The Oval. Pacer Chris Woakes starred for England with four wickets as the Indian batting line-up did not get going until Thakur took on a counter-attacking role at the end and scored a splendid fifty in just 31 deliveries. Rishabh Pant was dismissed straight after Tea by Woakes as India resumed proceedings terribly after losing the wickets of skipper Virat Kohli and his deputy Ajinkya Rahane in quick succession earlier. Kohli was dismissed by Ollie Robinson while Rahane departed off Craig Overton’s bowling to put India on the backfoot. Pacers Robinson and James Anderson all joined the party early on as England got rid of the top-order cheaply in the first session. Rohit Sharma and KL Rahul started well but lost their wickets soon after as Cheteshwar Pujara was fell without adding much to the scorecard. Earlier, England captain Joe Root won the toss and decided to bowl. Kohli brought in Yadav and Thakur in place of Mohammed Shami and Ishant Sharma while for England, Chris Woakes and Ollie Pope came in place of Sam Curran and Jos Buttler for this Test. (LIVE SCORECARD)