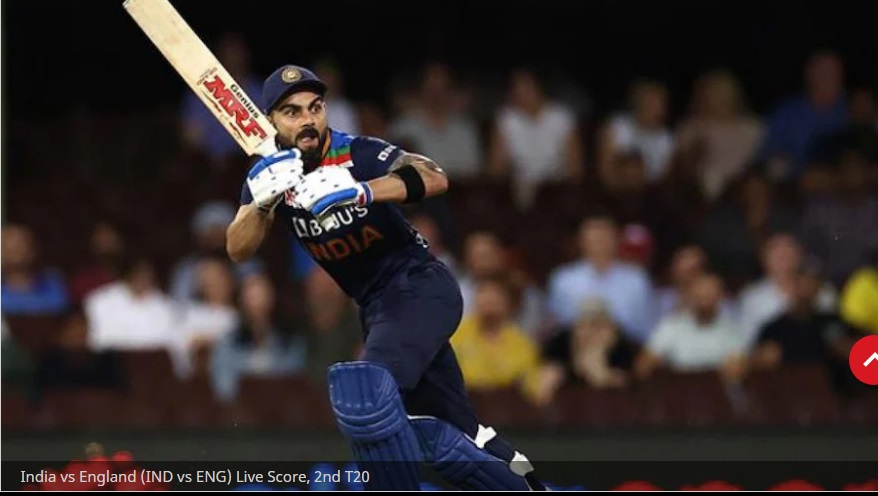 IND beat ENG in 2nd T20: Earlier India started on a very bad note as KL Rahul was sent back to pavilion without scoring. But Virat Kohli along with debutant Ishan Kishan played brilliantly to take India on road of victory.Both added 94 for the 2nd wicket from just 60 balls. ishan Kishan especially looking good and scored 56 with 4 Sixes and 5 Boundary hits.Kishan along with Suryakumar Yadav are making their debuts today as Virat Kohli once again decided to rest Rohit Sharma.On the other hand captain Virat Kohli stayed unbeaten on 73 of 49 balls. Kohli has completed his 26th 50 in T20 internationals and in process all became the first batsman to score 3000 T20 Runs.In between Rishabh Pant played a little cameo of 12 ball 26 runs. India thrashed World No. 1 England by 7 wickets to tie the 5 match series 1-1. Virat Kohli and debutant Ishan Kishan played stellar knocks in Indian victory as they chased down 165 runs target with two overs to spare.

SHAN KISHAN IS THE MAN OF THE MATCH! He says that his seniors helped him to go out there and express himself. Adds that it is not easy to play in your first game and he has got good advice from his seniors. On his frustration when he got out, he feels that the reverse sweep is a good shot but it did not work out and he wanted to finish the game but he was not able to. Says that his favored shot was against Tom Curran for a six. Stresses that he is not going to feel this way ever again and felt that this was his time to shine.

The Indian skipper, Virat Kohli says it was a very good game for them, they did really well with the ball especially in the second half. Adds Sundar was really good, he bowled cleverly and so did the rest and he is very pleased with how they performed in all departments.

today. Rohit Sharma is again rested and so is Shikhar Dhawan. Both the Mumbai Indian players will be in playing XI today.